Buffalo Bills tackle Dion Dawkins shared a powerful message as he and his teammates continue to pray for safety Damar Hamlin, who suffered a cardiac arrest on Monday night during the game against the Cincinnati Bengals.

Dawkins wasn’t on the field at the time of the injury, as the Bills had just scored. But he quickly joined the rest of his teammates in trying to process what he just watched transpire after Hamlin tackled Bengals wide receiver Tee Higgins only to get up and collapse on the turf.

The pain in the faces of Bills players throughout this process showed everyone watching that it’s truly more than just a game. These athletes are humans, too, and that’s what Dawkins wanted to remind everyone of on Tuesday night.

Damar Hamlin #3 of the Buffalo Bills looks on prior to a game against the Miami Dolphins at Hard Rock Stadium on September 25, 2022, in Miami Gardens, Florida.
(Megan Briggs/Getty Images)

“We are human. We are not athletes, we are not superstars, we are not celebrities, we are not anything. We are humans at this moment,” he said via ESPN. “We are vulnerable humans. Our brother is fighting and we have taken off all of that armor and we’re just being human.”

Dawkins admitted he and his teammates are “all learning to deal with this situation together,” as no one could’ve prepared them for what happened to Hamlin.

“This is not a situation that the average person will go through,” he said.

But Dawkins also hopes that what fans watched comes as a “shock” and shows why he’s on TV saying that athletes are humans, too.

Dion Dawkins #73 of the Buffalo Bills lines up during the second quarter against the Pittsburgh Steelers at Highmark Stadium on October 09, 2022, in Orchard Park, New York.
(Bryan Bennett/Getty Images)

“With entertaining the entire world, we’re putting our bodies and our mind, our careers on the line every single play,” he explained. “With something like this happening, not only was his career on the line because everybody’s fighting for their best rep, now you have somebody fighting for their life as well. This should really just put a shock into everybody that is quick to go on Twitter and that’s quick to say anything bad about any athlete like, ‘Oh, he missed that layup’ or ‘He dropped that pass,’ or ‘He fumbled that ball,’ or, ‘He missed that block.’ We’re all human, and we try to be our best in all we possibly can.”

Dawkins is this year’s Walter Payton of the Year nominee for the Bills, who said “his big personality is matched only in size by his heart for our community.”

Buffalo is a community filled with strong people who have already shown their outpouring of love and support for Hamlin and the Bills.

Dion Dawkins #73 of the Buffalo Bills smiles after an NFL football game against the Miami Dolphins at Highmark Stadium on December 17, 2022, in Orchard Park, New York.
(Kevin Sabitus/Getty Images)

The latest update on the Pitt product came from his uncle, Dorrian Glenn, who told NFL Network that Hamlin remains in critical condition but improved to 50% oxygen needed in his ventilator instead of 100%.

“They’re trying to get him to breathe on his own,” Glenn said Tuesday night.

“Once he gets out of ICU, I’ll feel better myself.” 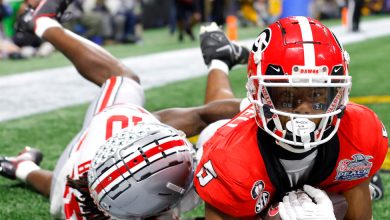 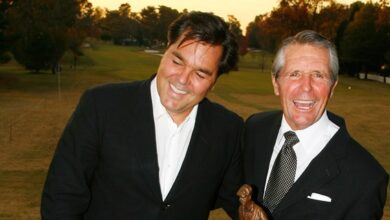 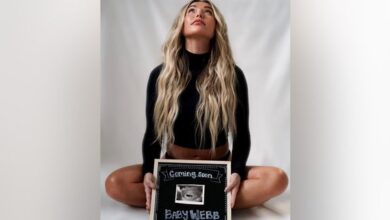 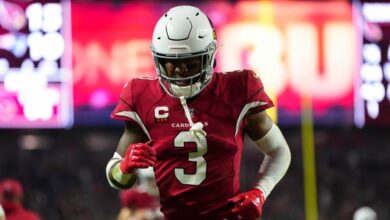