Buffalo Bills wide receiver Isaiah McKenzie already holds the coolest touchdown celebration of the new NFL season, and no, it wasn’t because he danced.

He did something sweet for his family instead.

When quarterback Josh Allen found McKenzie for the Bills’ second touchdown of the game against the Los Angeles Rams on Thursday night, McKenzie celebrated with his teammates before getting real close to the camera on him and then yelled, “It’s a boy!”

Why? Well, his sister, as well as family and friends, were watching the game, and McKenzie was revealing the gender of his sister’s expected baby.

Now that’s the ultimate definition of family and football.

Posting video to their TikTok account, the Bills showed McKenzie’s sister jumping up and down, as everyone cheered in the background.

The 5-foot-8, 173-pound McKenzie, who Buffalo loves out of the slot this year, finished the game with two catches for 19 yards on three targets and the score. He is in his fourth year with the Bills after beginning his career with the Denver Broncos.

Isaiah McKenzie of the Buffalo Bills warms up prior to a preseason game against the Denver Broncos at Highmark Stadium in Orchard Park, New York, on Aug. 20, 2022.
(Bryan M. Bennett/Getty Images)

McKenzie was just one piece of a Bills puzzle that seemed unsolvable for the Rams in the NFL’s first game of the 2022 season. Led by Allen at quarterback, the Bills ended up dominating the team that raised their Super Bowl banner prior to the game at SoFi Stadium in Inglewood, California.

McKenzie’s score started a run by the Bills, who outscored the Rams 21-0 in the second half on their way to a 31-10 victory. Allen had four touchdowns, three through the air and one rushing, in which he reached for the end zone to make the score 24-10 at that point.

Wide receiver Isaiah McKenzie is in his fourth year with the Buffalo Bills after beginning his career with the Denver Broncos.
(Harry How/Getty Images)

It was a great way to start the season for Buffalo, but for McKenzie’s family, it was a special night they won't forget. 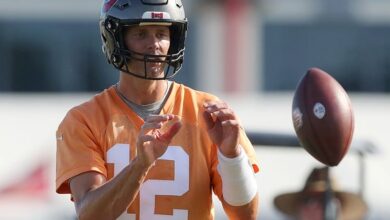 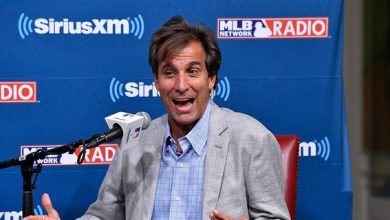 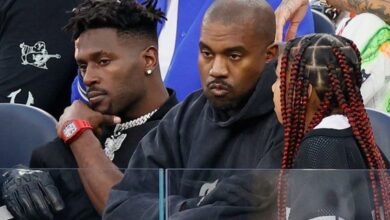 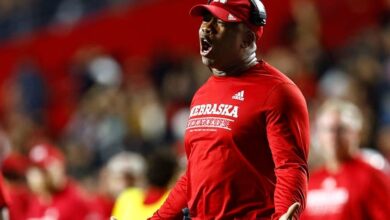