The Buffalo Bills’ failure to stop the clock on the final play of their loss to the Miami Dolphins on Sunday led to offensive coordinator Ken Dorsey’s epic meltdown in the coaches’ booth.

Two days later, the tantrum was still a talking point around the NFL world, and Josh Allen had the opportunity to chime in on Tuesday during an episode of “Kyle Brandt’s Basement.”

Josh Allen, #17 of the Buffalo Bills, carries the ball during the second half of the game against the Miami Dolphins at Hard Rock Stadium on Sept. 25, 2022 in Miami Gardens, Florida.
(Megan Briggs/Getty Images)

Brandt asked Allen when he first saw the video of Dorsey throwing his tablet down.

“We saw it on the bus ride going to the airport,” Allen said. “He’s the one who showed it to me. Everybody’s going crazy about it and I can tell you our guys freaking love seeing that,” Allen explained.

“And that’s not him being mad that we lost, that’s not him being angry that we didn’t perform. … He was so upset because, and this is from his mouth, he loves us and he appreciates us so much for putting everything we had on the line for 93 plays and 105 (degrees) 110 (degrees) that’s what it felt like on the field, he was upset we felt the way we felt. And as a player looking at your offensive coordinator, having that much emotion and care for the game, we prepared so hard that he wants to win, he wants to do everything in his power to win and guys see that, and they truly believe that’s a great sign from an offensive coordinator. It's someone who cares so much about, one, his players, two, the gameplan he’s putting in – he shows so much pride in everything that he does. I know people might be making a big deal out of it but as players, we freaking love seeing that.”

Then-Buffalo Bills quarterbacks coach Ken Dorsey and quarterback Josh Allen, #17, look on during a preseason game between the Chicago Bears and the Buffalo Bills on Aug. 21, 2021 at Soldier Field in Chicago.
(Robin Alam/Icon Sportswire via Getty Images)

Allen added that Dorsey approached him on the bus and asked him, “hey did you see after the game?” The quarterback said Dorsey told him he “probably shouldn’t have done that.”

Dorsey addressed the tantrum on Monday.

“It was an intense game. It was a passionate game. I'm up in the box. I'm watching my guys down there just give us everything they possibly have in them, with effort and from start to finish playing 90-something snaps in the game. And it was a playoff atmosphere,” Dorsey said, via the team’s website.

“And obviously we weren't on the winning end of it. So it's frustrating and, you know, reacted that way. And obviously that's something that I'm definitely gonna learn from. I don't ever want to take the passion out of the game. We're all in this to win football games for obviously for the Bills, for our fans. And we're going to give them everything we got. But it's something I'm gonna learn from and make sure to correct moving forward.”

Buffalo Bills quarterback Josh Allen, #17, in the huddle during the game between the Buffalo Bills and the Miami Dolphins on Sept. 25, 2022 at Hard Rock Stadium in Miami Gardens, Florida.
(David Rosenblum/Icon Sportswire via Getty Images) 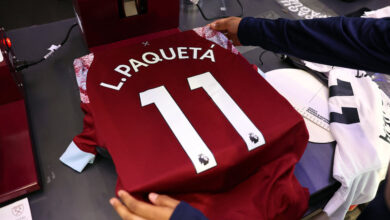 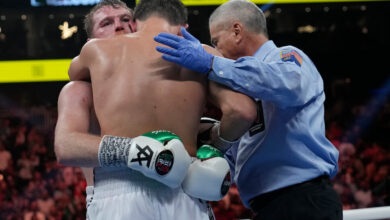