The Cleveland Browns disciplined star defensive end Myles Garrett during Sunday’s game against the New Orleans Saints, sitting him for the first defensive drive of the game with head coach Kevin Stefanski calling it a “team decision.”

Now we know why.

According to Cleveland.com, Garrett had a lack of communication when he missed a Brown practice, which led to Stefanski disciplining him. Garrett was dealing with an illness last week that had him miss two practices, but he reportedly didn’t call in sick.

Myles Garrett #95 of the Cleveland Browns runs onto the field at halftime against the New York Jets at FirstEnergy Stadium on September 18, 2022 in Cleveland, Ohio.
(Nick Cammett/Diamond Images via Getty Images)

Along with his benching on that first defensive drive, Garrett was also fined by the Browns. He would go on to tally three tackles in the loss to New Orleans, 17-10.

SAINTS STAY IN PLAYOFF HUNT WITH WIN OVER BROWNS

Garrett has had one of his best seasons on the stat sheet to date, but he has had a few roadblocks along the way. The biggest was the car accident he was involved in earlier this season, which led to a citation. He also missed some time from the Browns because of it.

Garrett has also been dealing with a shoulder injury that has some speculating whether Cleveland would just shut him down for next season, as they are eliminated from playoff contention at 6-9.

Myles Garrett #95 of the Cleveland Browns rushes against Max Mitchell #61 of the New York Jets during the second half at FirstEnergy Stadium on September 18, 2022 in Cleveland, Ohio.
(Nick Cammett/Diamond Images via Getty Images)

But Garrett has the opportunity over these next few games to break his career-high in sacks, as he has 13.5 on the season over 14 games with 45 combined tackles (15 for loss) and two forced fumbles.

The Browns finish up their regular season with the Washington Commanders on the road this week followed by the Steelers in PIttsburgh in Week 18. 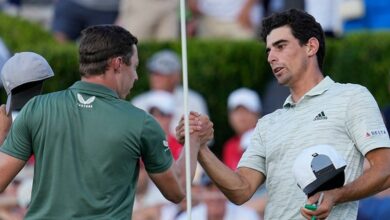 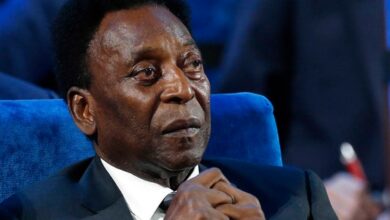 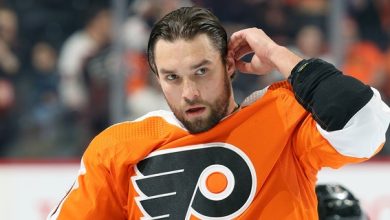 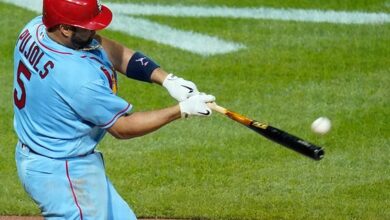