Arizona Cardinals star safety Budda Baker will miss the remainder of the season after suffering a fractured shoulder in the loss to the Tampa Bay Buccaneers on Sunday.

Surprisingly, though, Baker didn’t exit the game after suffering the injury, per NFL Network. Instead, he finished it out with his teammates despite their losing efforts in overtime.

In fact, Baker’s aggressive nature and unselfish play, which is why he is one of the team’s captains, makes this move not too surprising.

Budda Baker #3 of the Arizona Cardinals runs off of the field against the New England Patriots at State Farm Stadium on December 12, 2022 in Glendale, Arizona.
(Cooper Neill/Getty Images)

Baker finished the game with nine combined tackles, six of which were solo, and played all 81 of the team’s defensive snaps.

Baker’s mindset of playing through injury was showcased earlier this season when he didn’t miss any time at all after suffering a high-ankle sprain, an injury that was expected to knock him out for weeks.

This time, Arizona shuts him down to allow Baker to recover in a lost season. He finishes with 111 tackles, two interceptions and seven pass breakups for the Cardinals’ defense.

Baker is one of the “heartbeats” on this Cardinals roster, as NFL Network said, so to say he will be missed for these final two games against the Atlanta Falcons and San Francisco 49ers is an understatement.

The Cardinals are also missing quarterback Kyler Murray, who suffered a torn ACL against the New England Patriots two weeks ago.

It’s also been a trying season for this group that made the NFC playoffs last season but are currently 4-11 and mired in a five-game losing streak. On Christmas Night, it looked like they were going to break that, but as has been the case this season, nothing is a lock for this Cardinals squad.

Julio Jones #6 of the Tampa Bay Buccaneers is tackled by Budda Baker #3 of the Arizona Cardinals after making a catch in overtime during the game at State Farm Stadium on December 25, 2022 in Glendale, Arizona.
(Norm Hall/Getty Images)

They were up 10 points after James Conner finally scored the game’s first touchdown in the fourth quarter. But the Cardinals let Brady hang around and a botched pitch to rookie running back Keaontay Ingram on 3rd-and-1 just into Buccaneers’ territory changed the entire trajectory of the game.

Brady would go on to score 10 points of his own, as Ryan Succop’s 42-yard field goal tied it at 16 apiece late in the fourth. Third-string quarterback Trace McSorley, who was starting in place of the injured Colt McCoy, couldn’t string together his first career game-winning drive in his first career start.

He also couldn’t get the ball moving when the Cardinals won the coin toss to begin overtime, and as one would expect at this point, Brady went to work.

Despite all the struggles to put together offense all game, he diced through the Cardinals’ defense, using wide receiver Russell Gage Jr. a couple of times to get down the field and set up Succop’s game-winning field goal.

It was the final home game for the Cardinals this season, and they came out victorious in just one of them all year long, a 42-34 win over the New Orleans Saints.

Baker is set to play his seventh year with the Cardinals next season after they drafted him 36th overall out of Washington in the 2017 Draft. 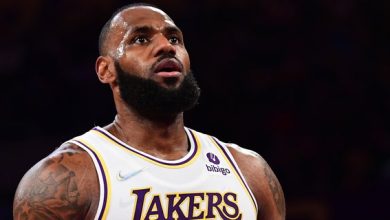 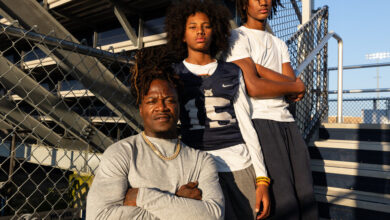 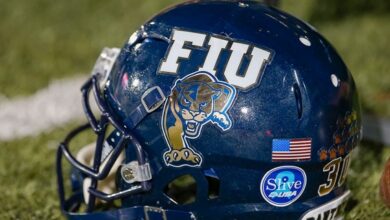 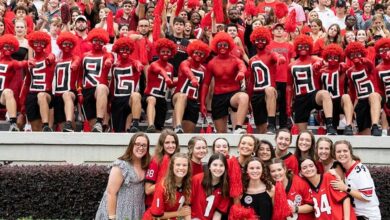