Dak Prescott was nearly flawless and the defense stepped up to the challenge as the Dallas Cowboys defeated Tom Brady and the Tampa Bay Buccaneers on Monday night, 31-14.

Prescott appeared to reverse the misfortune of last season’s playoff loss to put on a dominant performance against the Buccaneers' defense that was ninth in yards allowed and 13th in points allowed during the regular season. He got off to a hot start with a 22-yard touchdown pass to Dalton Schultz in the first quarter and never looked back from there.

The former Mississippi State standout ran for a touchdown at the goal line to cap off a 15-play drive in the second quarter and followed up with another touchdown pass to Schultz to take an 18-0 lead into the half. He became the first Cowboys quarterback to complete 11 consecutive passes, according to ESPN Stats & Info.

To put the dagger into the heart of the Buccaneers, Prescott threw his fourth touchdown pass to CeeDee Lamb in the fourth quarter to make it 31-6.

Prescott finished 25-of-33 with 305 passing yards and four touchdown passes. He had 25 rushing yards and a rushing touchdown. Schultz led the Cowboys with seven catches for 95 yards and two scores.

Dallas would stop Brady and the Buccaneers from trying to exert some pressure. The team only allowed a 30-yard touchdown pass to Julio Jones at the end of the third and a touchdown to Cameron Brate in the fourth quarter.

Brady finished 35-of-66 with 351 passing yards and two touchdown passes. Chris Godwin led the Buccaneers with 10 catches for 85 yards. Jones had seven catches for 74 yards.

Dallas will move on to play the San Francisco 49ers in the divisional round. The Cowboys haven’t gotten to the NFC Championship since the 1995 season – the last time the team won the Super Bowl.

Tampa Bay enters the offseason with a cloudy future.

Brady is set for free agency again as he ponders the possibility of playing another season for potentially another team or retirement. He hasn’t said one way or the other.

There are reportedly several teams interested in Brady’s services for the 2023 season despite him turning 46 years old. NFL Network’s Ian Rapoport explained the potential options Brady has before him on Sunday.

“Tom Brady is a free agent after this season. He will be 46 years old and I would say there’s a chance he does not return to the Tampa Bay Buccaneers despite the fact that they very much want him back and plant to make efforts toward that,” Rapoport explained.

The NFL insider added that Brady could very well find a new landing spot if Tampa Bay isn’t in his future.

“Among the teams that would consider Brady, a couple of them who considered Brady the last time,” he said. “The Tennessee Titans still have some quarterback questions there. The 49ers if they do not decide to rock with Brock Purdy – he’s certainly stating his case. And the Las Vegas Raiders, who have several of his old friends, including Josh McDaniels.”

There’s still a lot to be decided for Tampa Bay. 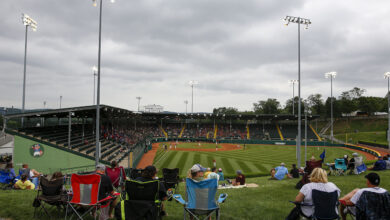 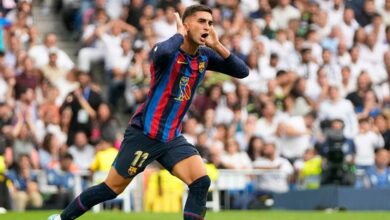 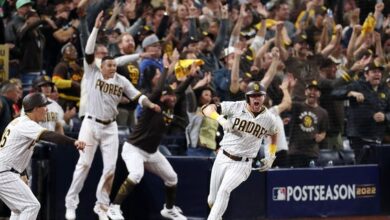 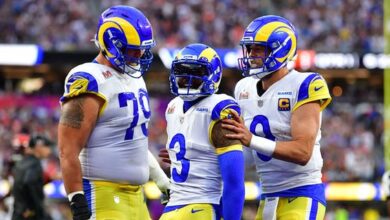