Damar Hamlin is back with his Buffalo Bills just 12 days after going into an in-game cardiac arrest.

Hamlin had to be resuscitated for over nine minutes after collapsing following a tackle against the Cincinnati Bengals on Jan. 2. He was released from the hospital on Wednesday.

Buffalo Bills safety Damar Hamlin (3) warms up prior to the game between the Buffalo Bills and the Cincinnati Bengals on January 2, 2023, at Paycor Stadium in Cincinnati, OH.
(Ian Johnson/Icon Sportswire via Getty Images)

The 24-year-old safety was able to communicate with doctors three days after the incident, and he spoke with teammates last Friday.

There's been speculation among fans that Hamlin could possibly lead the Bills out of the tunnel prior to their wild-card round matchup against the Miami Dolphins on Sunday.

His return to the team facility is certainly a good sign.

Quarterback Josh Allen, #17 of the Buffalo Bills, waves as he walks onto the field wearing a Damar Hamlin shirt prior to the game against the New England Patriots at Highmark Stadium on January 8, 2023, in Orchard Park, New York.
(Bryan M. Bennett/Getty Images)

Hamlin was able to watch the Bills' 35-23 victory over the New England Patriots from the hospital, a game that included a touchdown on the opening game by fellow bill Nyheim Hines. (He ran back another one later on.)

It had been the first time the Bills returned a kick for a score in three years and three months. Hamlin wears No. 3.

Buffalo Bills fans hold signs in support of Buffalo Bills safety Damar Hamlin prior to the game between the Buffalo Bills and the New England Patriots at Highmark Stadium on January 8, 2023, in Orchard Park, New York.
(Timothy T Ludwig/Getty Images)

The Bills host the Dolphins at 1 p.m. ET on Sunday. 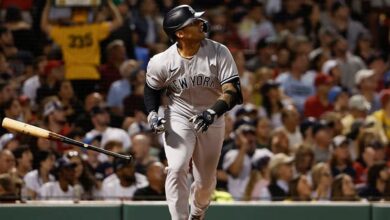 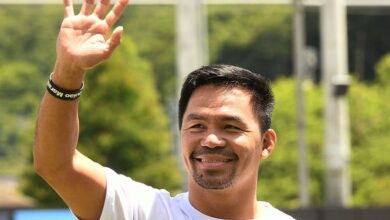 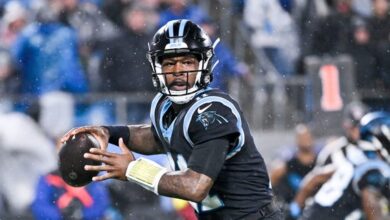 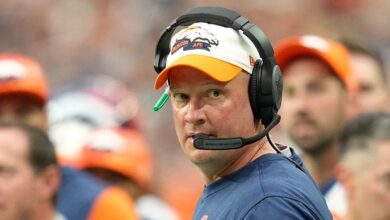