The NBA and NBPA mutually agreed to extend the deadline to opt out of the current collective bargaining agreement (CBA), in connection with ongoing efforts to reach a new deal.

The league and the players association will now have until Feb. 8, 2023, to decide whether to opt out.

A detail of the NBA logo during a preseason game between the New Orleans Pelicans and the Atlanta Hawks on Oct. 14, 2022, at Legacy Arena Center in Birmingham, Alabama.
(Mercedes Oliver/NBAE)

Talks on a new CBA are ongoing, but the possibility of either side opting out of the agreement leaves the door open for a possible NBA work stoppage on July 1, 2023.

The new dates give the league and the union more time to pursue a new, long-term agreement. February will be a busy month for the NBA as the new deadline falls just one day before the league's trade deadline.

CHARLES BARKLEY IS TIRED OF TALKING ABOUT THE LAKERS: ‘IT’S A CONSPIRACY’

As part of the talks, the NBA is seeking to adopt a firm salary cap. If implemented, the rule would tighten how much teams across the league are permitted to spend on their respective rosters.

A Wilson brand basketball with the NBA logo is pictured during the game between the Detroit Pistons and Cleveland Cavaliers at Little Caesars Arena on Nov. 27, 2022 in Detroit, Michigan.
(Nic Antaya/Getty Images)

Currently, teams are allowed to spend above the NBA salary cap, but they are penalized with a luxury tax. The newly proposed “upper spending limit” would create an absolute spending ceiling that effectively eliminates the luxury tax option.

CHARLES BARKLEY IS TIRED OF TALKING ABOUT THE LAKERS: ‘IT’S A CONSPIRACY’

The potential change has been met with significant resistance from the union, according to The Associated Press. The CBA serves as the governing manual for the entire league.

The NBA logo is pictured during the game between the Detroit Pistons and Cleveland Cavaliers at Little Caesars Arena on Nov. 27, 2022 in Detroit, Michigan.
(Photo by Nic Antaya/Getty Images)

The terms of the CBA are negotiated between the league and its players’ union, the NBPA. It plays a role how virtually every part of the NBA works, from the draft to free agency and almost everything in between.

Another item that might be on the negotiation table is the lowering of the league's age limit rule. Currently, the NBA requires any player entering the NBA Draft to be at least 19 years old during the calendar year the draft is held.

The player must also be at least one NBA season removed from high school.

The extension of the deadline to opt out signals that the two sides may not be at an impasse. Both the NBA and the NBAPA will have to work together to prevent a lockout. 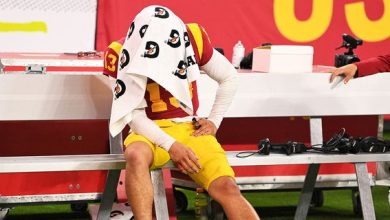 ESPN star rips USC and Caleb Williams over vulgar fingernail message: ‘They need to clean that s— up’ 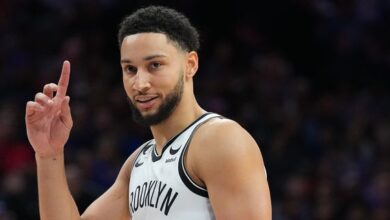 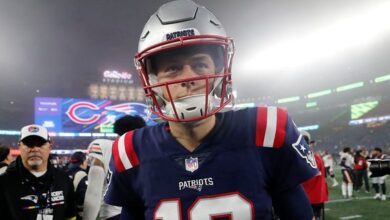