The preseason rankings have been released, week one of the college football season is just days away, and the Heisman hype is already beginning.

The Heisman Trophy is the most prestigious award in all of college sports, with legendary status earned after taking home the award.

Alabama quarterback Bryce Young does the Heisman pose with the trophy after winning the Heisman Trophy during a press conference at the Marriott Marquis in New York City on Dec. 11, 2021.
(Rich Graessle/Icon Sportswire via Getty Images)

It also generally goes to a player whose team is in the mix for a national championship, so it’s always good to stay up to date with each player who is in the running.

Let’s take a look at the 2022 Heisman Trophy odds, according to FOX Bet.

The Heisman Trophy has predominately become a quarterback award, and the best quarterback on one of the country's top teams will always be in the mix.

Enter Stroud, who has a full year as a starter under his belt and will be looking to improve on a spectacular freshman season. Stroud threw for 4,435 yards, 44 touchdowns and just six interceptions while leading the top offense in the country (561.2 yards per game) to an 11-2 record and a Rose Bowl win over Utah. He finished fourth in the Heisman voting.

While Stroud loses Garrett Wilson and Chris Olave — the 10th and 11th picks in the 2022 NFL Draft, respectively — Ryan Day and Ohio State will simply reload. Jaxon Smith-Njigba (+3000) now becomes Stroud’s No. 1 target after catching 95 balls for 1,606 yards and nine touchdowns in 2021.

Running back TreVeyon Henderson, who is a +4000 to win the Heisman, will be another weapon for the Buckeye offense. Henderson is coming off a great freshman season in which he averaged nearly 7 yards a carry and scored 15 rushing touchdowns.

Ohio State enters the season as the No. 2 team in the country and the heavy favorite to win the Big Ten. If Ohio State is one of the four teams in the College Football Playoff, Stroud will remain at the top of the Heisman heap.

The reigning Heisman Trophy winner is not the favorite to win it again in 2022, but there shouldn’t be anyone sleeping on Young to become just the second college football player to win two Heismans in his college career.

Three of the past seven Heisman Trophy winners have come from Alabama, including the last two.

Bryce Young (9) of the Alabama Crimson Tide throws a pass against the Georgia Bulldogs at Lucas Oil Stadium in Indianapolis, Indiana, on Jan. 10, 2022.
(Andy Lyons/Getty Images)

In order to win back-to-back Heisman trophies, Young will have to find a way to stand out even more so than last year when he threw for 4,872 yards, 47 touchdowns and seven interceptions. Alabama’s schedule should allow Young to once again be in the national championship mix, with the Crimson Tide playing just three ranked teams entering the season and just one in the top 10.

Young is only going to get better, Alabama will be in the mix as always under head coach Nick Saban, and Young will have as good a shot of anyone to become just the second two-time winner of the prestigious award.

The player who everyone should be keeping a close eye on in 2022 is Caleb Williams.

Williams is entering his first season at USC but will do so with a familiar face as his head coach. When Lincoln Riley jumped from Oklahoma to USC, Williams came with him, and the expectations for the Trojans immediately increased.

At OU, Williams took over for the struggling Spencer Rattler, throwing for 1,912 yards, 21 touchdowns and four interceptions in 11 games. He led the Big 12 in passer efficiency rating in 2021, and there’s no reason to believe he’ll take a step back now that he’s playing in the weaker Pac-12 conference.

Geoff Clark, OutKick’s sports betting expert, told Fox News Digital that Williams has as good a case as any quarterback for the 2022 Heisman Trophy.

“Finally, Williams has mad talent around him. PFF grades USC's offensive line third entering the season. The Trojans also picked up 2021 Fred Biletnikoff-winning WR Jordan Addison in the transfer portal, as well as the 2021 Pac-12's second-leading rusher, RB Travis Dye, from the Oregon Ducks. If USC is in the mix for a College Football Playoff berth, Williams will almost definitely be invited to the Heisman Trophy ceremony.”

Watch out for Williams as USC attempts to return to its days of dominating the West Coast.

While the Heisman Trophy has not been won by a defensive player since Charles Woodson in 1997, last year gave defensive players a glimmer of hope that they can be in the conversation.

Michigan defensive end Aiden Hutchinson finished second in the 2021 voting, and Anderson will be looking to become the first-ever winner of the award to strictly play defense (Woodson returned kicks in 1997).

The leader of the Alabama defense led the country in sacks (17.5) and tackles for loss (34.5) last year, and he’s eager to prove that not just offensive players can be Heisman Trophy winners.

“That's what I want to do,” Anderson told ESPN when asked about changing the minds of the voters.

“It's not really just for me but for other defensive players to know that we have a chance,” he said. “We are worthy enough to be a Heisman candidate or win a Heisman.”

Other players to watch: 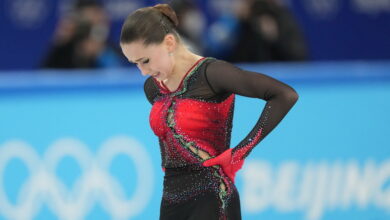 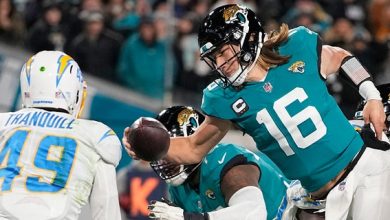 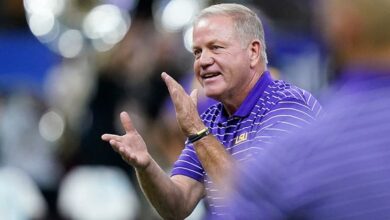