Leon Edwards stunned Kamaru Usman and the rest of the mixed martial arts world on Saturday night with a knockout kick in the fifth round of their bout at UFC 278.

Edwards snatched the UFC welterweight championship from Usman with the win. The knockout blow came with 56 seconds remaining in the match.

Usman, considered to be the No. 1 pound-for-pound fighter in the sport, was likely on his way to a decision victory against Edwards before the kick. He controlled Edwards throughout the third round and led on the judge’s scorecard 39-37. But Edwards landed the shocking blow to put the “Nigerian Nightmare” on his back.

Edwards has 10 wins and one no contest since he lost to Usman in December 2015 at UFC on FOX 17. The victory over Usman was the 20th of his career.

“The octagon belongs to nobody. No man is meant to hold the belt for that long. I said all week I felt like this was my moment. This is how it was meant to play out,” he said, adding he felt like he had more to show.

“That wasn’t my best performance, and I did not feel myself in this. I feel like I have much more to offer.”

Usman reacted to the loss on Twitter and congratulated Edwards.

“Champs f— up sometimes… but we bounce back and come with vengeance!!” he wrote.

Kamaru Usman on the mat after being knocked out by Leon Edwards on Aug. 20, 2022, in Salt Lake City, Utah.
(Alex Goodlett/Getty Images)

“Damn I love this sport!!! Things happen but… Alhamdulillah we move!! Congratulations @Leon_edwardsmma.” 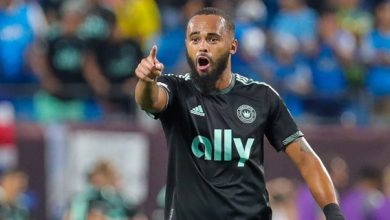 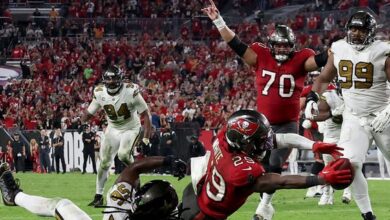 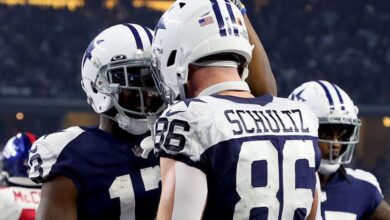