Tua Tagovailoa's visit to the concussion protocol drew tons of controversy – and it seems like history is repeating itself.

The Miami Dolphins quarterback is in concussion protocol for the second time this season after Sunday's game against the Green Bay Packers – however, the league is saying he showed no signs of such an injury during the game.

Tagovailoa reported symptoms the day after the game, but the league's chief medical officer, Dr. Allen Sills, said Tuesday in an interview with NFL Network that he showed nothing “that would have triggered the protocol” during the game.

Miami Dolphins quarterback Tua Tagovailoa looks to the sidelines during the first half of an NFL football game against the Cincinnati Bengals, Thursday, Sept. 29, 2022, in Cincinnati. Tagovailoa suffered a second frightening injury in five days when he was carted off the field Thursday.
(AP Photo/Jeff Dean)

“What our spotters and our unaffiliated neuro doctors are looking for is any blow that transmits force to the head or neck area, followed by that injury behavior,” Sills explained. “And so, there are many blows to the head that occur during a game. We are always looking for the blow plus the injury behavior and obviously if we see any injury behavior, then there's a call down made to evaluate that player. Also, if a player identifies any symptoms or a teammate, coach, official, anyone else identifies symptoms, that also initiates a protocol. So many people can initiate the protocol and in this game on Sunday, none of those factors were present. There were no visible signs present, even though there was a blow to the head and the player did not report any symptoms, despite being in contact with the medical staff throughout the game. So, there was nothing that would have triggered the protocol in the moment.”

Tua Tagovailoa #1 of the Miami Dolphins takes the field prior to a game against the Green Bay Packers at Hard Rock Stadium on December 25, 2022, in Miami Gardens, Florida.
(Megan Briggs/Getty Images)

It's unknown when exactly Tagovailoa suffered the concussion, but it's widely regarded he suffered it after he shoveled a pass to tight end Durham Smythe and was tackled from behind in the second quarter, resulting in his head smacking the grass at Hard Rock Stadium on Christmas Day.

Tagovailoa remained in the game but it wasn’t pretty, as he threw three straight interceptions on Miami’s final three drives while the Packers scored 16 unanswered points to win 26-20 on the road to keep their playoff hopes alive.

That tackle was eerily similar to the hit he took in Week 3, where he was wobbly post-hit but played just three days later, then suffered a concussion that sent him to the hospital and forced the NFL to make changes to its protocol.

The hit to the head was so bad that Tagovailoa’s hands curled up on the field. Many speculated that he should've been in concussion protocol after that hit against the Bills.

Instead, he practiced like normal leading up to the early game of the week.

Tua Tagovailoa #1 of the Miami Dolphins looks to pass against the Detroit Lions during the first quarter at Ford Field on October 30, 2022, in Detroit, Michigan.
(Rey Del Rio/Getty Images)

Tagovailoa finished Sunday’s loss to the Packers 16 of 25 for 310 yards, one touchdown and three interceptions. He surpassed 200 yards in the first half alone after some long completions, including an 84-yard touchdown catch-and-run to Jaylen Waddle.

The 8-7 Dolphins currently sit as the seventh seed in the AFC playoff picture, but they have lost each of their last four games. 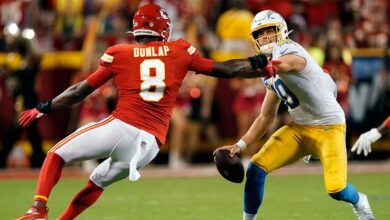 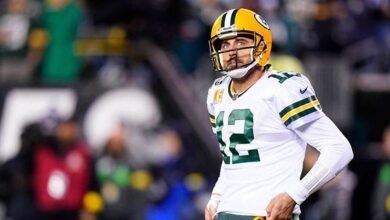 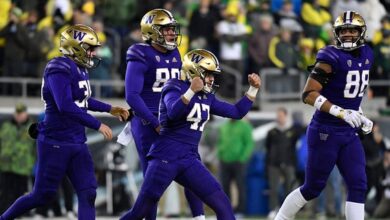 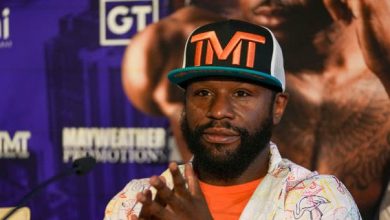