If Steve Wilks has coached his last game for the Panthers, he can walk away knowing his players didn't quit on him.

Eddy Pineiro kicked a 42-yard field goal as time expired, and Carolina closed out its season with an opportunistic 10-7 victory over the New Orleans Saints on Sunday.

“The guys showed up today,” said Wilks, who went 6-6 as an interim coach after Matt Rhule's firing. “We've dealt with so much adversity through the course of the year, and for those guys to circle the wagons once again and find a way to come together and win the football game is extremely impressive.”

The Saints finished with some wide statistical advantages, outgaining Carolina 304 yards to 203, but the game remained tight until the end because of New Orleans' inability to score on four possessions inside the Panthers 40-yard line.

“We should have beat the brakes off somebody and didn’t,” Saints defensive end Cameron Jordan said after New Orleans saw its three-game winning streak snapped. “Not to finish the way we wanted is going to be irksome for a while.”

The Saints (7-10) were in position to win when safety Daniel Sorensen intercepted Sam Darnold near midfield and returned it to the Carolina 35 with 1:36 to go. But New Orleans failed to move the ball on three plays and Wil Lutz missed a 55-yard field goal attempt — his second miss of the game.

Darnold moved Carolina (7-10) into field goal range in the closing minute with a first-down scramble, followed by just his fifth completion of the game — a 21 yarder to former LSU receiver Terrace Marshall Jr.

Darnold finished 5 of 15 for 43 yards and was intercepted twice, winning despite having a quarterback rating of 2.8. But the Panthers rushed for 171 yards, led by Chuba Hubbard's 69 yards on 21 carries.

“It wasn’t pretty, but we got it done at the end and that's what matters,” Darnold said. “I'm just really proud of our resiliency.”

Carolina Panthers place kicker Eddy Pineiro celebrates with his teammates after kicking the winning field goal during the second half an NFL football game between the Carolina Panthers and the New Orleans Saints in New Orleans, Sunday, Jan. 8, 2023.
(AP Photo/Gerald Herbert)

BEARS SECURE NO. 1 PICK AFTER LATE-GAME HEROICS FROM TEXANS

Carolina scored its only TD on a fumble by Darnold that was recovered in the end zone by Panthers lineman Michael Jordan.

New Orleans' Andy Dalton was 15 of 25 for 171 yards and one touchdown to Chris Olave. Alvin Kamara rushed for 107 yards.

The Saints took a 7-0 lead on Olave's 25-yard TD catch on the game's opening drive, but New Orleans squandered three subsequent scoring chances in the opening half.

“The way we started this game, it's exactly how you want to start,” Dalton said. “We had opportunities at other points in the game, too, and didn’t take advantage of them, didn’t make the play when we needed to. … The score should have looked a lot different.”

Lutz missed a 44-yard field goal attempt. Kamara's run was stuffed on fourth and 1. And after Saints safety Tyrann Mathieu intercepted Darnold near the goal line, New Orleans turned it back over when Olave fumbled inside the Carolina 25-yard line.

The Panthers, who'd been outgained 234 yards to 60 in the first half, opened the second half with a 14-play, 82-yard drive to tie it at 7 on Jordan's recovery.

Under first-year coach Dennis Allen, the Saints ended a season with a 10 in the loss column for the first time since 2005 — the year before his predecessor, Sean Payton, was hired. (The Saints did have five 7-9 seasons between 2007 and 2016.)

“We’re going to evaluate everything,” Allen said. “Nobody’s making any decisions on anything 30 minutes after we walked off the field.”

Panthers running back D'Onta Foreman and Saints defensive end Marcus Davenport each were ejected in the third quarter for throwing punches after the whistle, moments after Davenport had tackled Foreman for no gain. Foreman had 12 carries for 67 yards. Davenport was in on three tackles.

Saints: Rookie offensive tackle Trevor Penning, getting his first career start, limped off with an apparent leg injury with 1:33 to go.

Panthers: Begin the offseason with uncertainty over who'll be the coach in 2023 and a decision to make about whether to stick with Darnold at QB.

Saints: Head into Allen's first full offseason with six offensive and defensive starters, as well as several regulars on all three units, entering free agency. The club's future at QB also is uncertain. 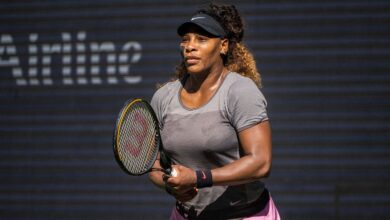 Serena Williams at the U.S. Open: How to Watch Her First Match 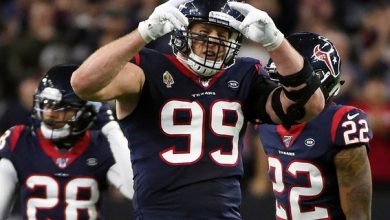 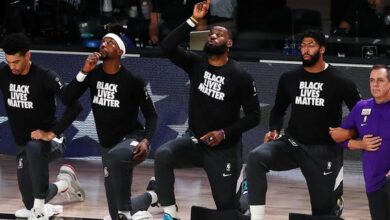 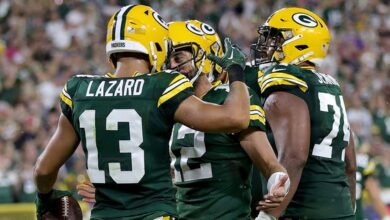