After looking at his reaction to his injury on Sunday, it would not have surprised many if Mac Jones missed Sunday's game, but it's now official.

The New England Patriots announced Friday that their starting quarterback will not play Sunday against the Green Bay Packers.

Quarterback Mac Jones of the New England Patriots is helped off the field during the fourth quarter against the Baltimore Ravens at Gillette Stadium Sept. 25, 2022, in Foxborough, Mass.
(Adam Glanzman/Getty Images)

The quarterback suffered a high ankle sprain in Sunday's loss to the Baltimore Ravens that reports said was “severe.”

Jones brushed off that notion, saying he was “day to day,” but he was unable to put weight on his ankle following the injury and was helped off the field.

The second-year quarterback was mostly silent at practice, not moving around much aside from keeping his arm loose.

Quarterback Mac Jones of the New England Patriots, foreground, reacts after being sacked during the fourth quarter against the Baltimore Ravens at Gillette Stadium Sept. 25, 2022, in Foxborough, Mass.
(Adam Glanzman/Getty Images)

Jones and the Pats have struggled so far this season, starting off 1-2. Jones has completed 64 of his 97 passes for 786 yards with two touchdowns and five interceptions.

New England Patriots quarterback Mac Jones is helped off the field after suffering a leg injury with less than two minutes to play in the second half of a game against the Baltimore Ravens, Sunday, Sept. 25, 2022, in Foxborough, Mass.
(AP Photo/Michael Dwyer)

Brian Hoyer will start for the Pats as long as Jones is out, and fourth-round rookie Bailey Zappe is now the backup. 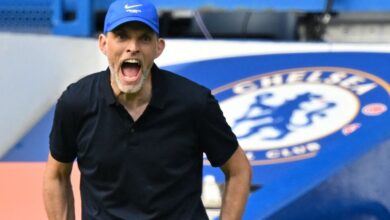 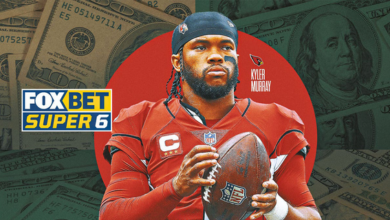 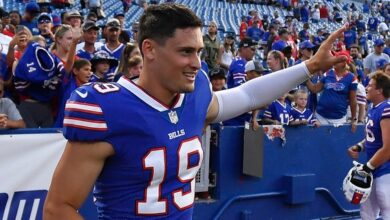 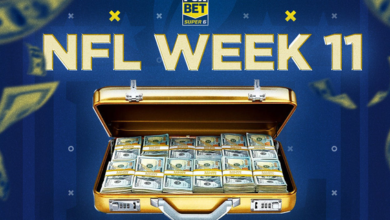