Rory McIlroy has not been afraid to speak his mind about those who defected from the PGA Tour to LIV Golf.

But surely it hasn't been easy as some of them have played alongside McIlroy as European teammates in the Ryder Cup, an event the four-time major champion has been famously emotional over.

Ian Poulter of England, left, and Rory McIlroy of Northern Ireland line up a putt during the 43rd Ryder Cup at Whistling Straits in Kohler, Wisconsin, on Sept. 25, 2021.
(Andrew Redington/Getty Images)

Ian Poulter, Sergio Garcia and Lee Westwood have teamed up with McIlroy at the Ryder Cup and are now on LIV, but now, there's beef, and it's not easy to deal with.

Poulter and Garcia attended a players' meeting on Tuesday at the BMW PGA Championship, which is part of the DP World Tour (formerly the European Tour). McIlroy did not attend.

“It wasn’t really a situation I wanted to get myself in knowing who was going to be in that room,” he said via Golf Channel. “So, I removed myself from it and let them hash it out.”

Currently, McIlroy has zero relationship with any of those three players.

“I wouldn’t say I’ve got much of a relationship with them at the minute,” McIlroy said. “But if you’re just talking about the Ryder Cup, like, that’s not the future of the Ryder Cup team.”

Rory McIlroy of Northern Ireland and Sergio Garcia of Spain are shown during a practice round prior to the 43rd Ryder Cup at Whistling Straits, in Kohler, Wisconsin, on Sept. 21, 2021.
(Richard Heathcote/Getty Images)

McIlroy did not want to see those who did join LIV at the BMW, and Jon Rahm and Billy Horschel were also vocal about those who are playing in the DP event.

“Others are being given an opportunity when they couldn’t care any less about the event. They don’t know. They don’t care. They don’t know the history of this event,” Rahm added. “They are only here because they are trying to get World Ranking points and trying to finish in the top-50. That’s clear as day.”

Horschel went as far as to call them hypocrites.

“It’s pretty hypocritical to come over here and play outside LIV when your big thing was to spend more time with family and want to play less golf,” he said.

Rory McIlroy of Northern Ireland plays a shot on the fourth fairway during the third round of the British Open on the Old Course at St. Andrews, Scotland, on July 16, 2022.
(AP Photo/Peter Morrison)

LIV is off this weekend but will be playing in Chicago next weekend. 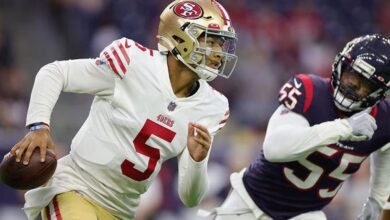 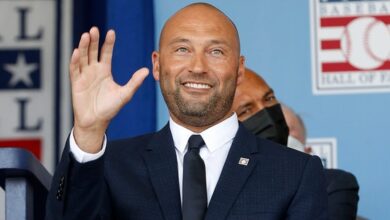 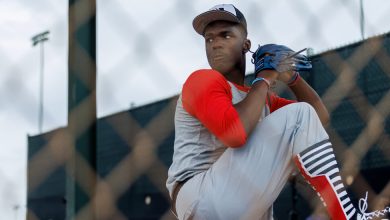 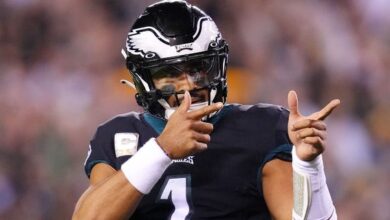