Pittsburgh Steelers head coach Mike Tomlin made the switch mid-game, and it looks like he’s sticking to it moving forward.

Kenny Pickett, the 20th overall pick in the 2022 NFL Draft, will head into Week 5 with the Steelers as their presumptive starter, making a change from Mitch Trubisky, NFL Network reported Monday.

Trubisky began the season as the team’s starter, but the Steelers were 1-2 going into their matchup at home against the New York Jets, who owned the same record. But after going into the first half with a stagnant offense, Tomlin said he believed his team needed a spark, and Pickett was put in for the rest of the way.

Pittsburgh Steelers quarterback Kenny Pickett (8) celebrates with teammates after scoring a touchdown against the New York Jets during the second half on Oct. 2, 2022, in Pittsburgh.
(AP Photo/Don Wright)

While the Steelers still lost, Pickett found the end zone twice with his legs and threw for 120 yards on 10-for-13 through the air with no touchdowns. Pickett’s three incompletions were interceptions, so that will need to be corrected moving forward.

Pickett’s first career pass attempt was a pick by Jets safety Jordan Whitehead on a tipped pass intended for Chase Claypool. But Pickett settled in a bit and showed some promise.

The Steelers always went into this season with a true quarterback competition between Trubisky, Pickett and Mason Rudolph, from which Trubisky ended up coming out victorious. But as such, his position was never locked in stone — performances would have to yield success or Tomlin would make a change to a quarterback that Pittsburgh drafted to be their potential long-term replacement after Ben Roethlisberger retired at the end of last season.

Zach Wilson of the New York Jets and Kenny Pickett of the Pittsburgh Steelers meet after the Jets beat the Steelers, 24-20, at Acrisure Stadium in Pittsburgh on Oct. 2, 2022.
(Joe Sargent/Getty Images)

Pickett is a local product, having spent five seasons at the University of Pittsburgh. He also just became the first quarterback to record multiple rushing touchdowns in his first career game.

But he wanted more than that in his first taste of the NFL.

“I’m just disappointed,” he said after the 24-20 loss. “I wanted to come in and get the win. That’s really the emotions. Just disappointed we didn’t come out with the outcome we worked so hard for.”

But fans were behind him when he came into the game and recognize that he’ll need their continued support next week when he enters a hostile Buffalo Bills environment.

Pittsburgh Steelers quarterback Kenny Pickett (8) is congratulated by tight end Pat Freiermuth after scoring against the New York Jets during the second half on Oct. 2, 2022, in Pittsburgh.
(AP Photo/Gene J. Puskar)

Trubisky threw for 653 yards on a 59.5% completion rate with two touchdowns and two interceptions in his four games this season. He has an overall 73.7 quarterback rating. 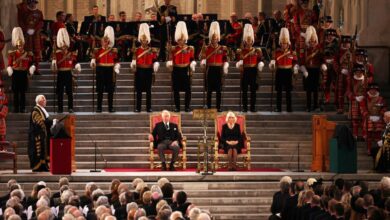 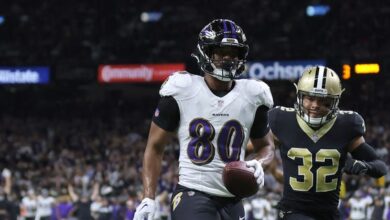 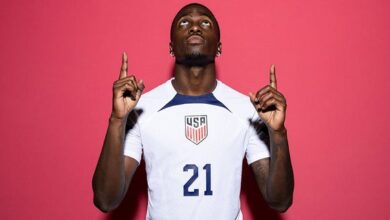