Tom Brady was in the thick of controversy during the Tampa Bay Buccaneers’ victory over the Atlanta Falcons on Sunday.

On the third down during the Buccaneers’ final drive, Brady appeared to be sacked by Falcons defensive lineman Grady Jarrett. The play would’ve likely forced Tampa Bay to punt the ball away and give Atlanta one last chance to win the game.

However, a roughing the passer penalty was called on Jarrett and it eventually ended any chance of the Falcons going back on offense. The penalty caused outrage among fans on social media.

Grady Jarrett of the Atlanta Falcons celebrates a sack against the Buccaneers at Raymond James Stadium on Oct. 9, 2022, in Tampa, Florida.
(Mike Ehrmann/Getty Images)

Brady talked about the penalty on the latest episode of the “Let’s Go!” podcast and chose his words carefully when he responded to a question about the ordeal.

“It was a long hug,” Brady said. “A long, unwelcomed hug from Grady. He was in the backfield all day. As I said after the game, I don’t throw flags. What I do throw is tablets. He had a helluva game, so I’ll leave it at that.”

Jim Gray, the legendary sportscaster who hosts the podcast, brought up an NFL executive mentioning to NFL journalist Peter King that Sunday’s penalty and the situation with Teddy Bridgewater with the Miami Dolphins was a part of “overreaction Sunday.”

Brady expanded on his thoughts about how NFL officials called games and gave the zebras the benefit of the doubt.

Grady Jarrett of the Atlanta Falcons sacks Tom Brady of the Buccaneers on Oct. 9, 2022, in Tampa.
(Julio Aguilar/Getty Images)

“I think that there's always at times like this such a heightened awareness to different things that are being called,” the Buccaneers superstar said. “Everyone saw the Tua situation and I’m sure all the medical departments across the league were called and there were meetings and so forth and they’re trying to keep those things from happening again and, again, no one knows the full details of that situation. I know they came out with something last week that they thoroughly went through and the league made a statement.

Gray noted key statistics that would dispel any theory about referees trying to help Brady. The quarterback only had one roughing the passer call in 2021 and none in 2020. Brady only benefited from roughing the passer penalties on times he’s been sacked 2.1% of the time since 2010.

“From my standpoint, a lot of those roughing the passer, because I am a pocket passer, a lot of those roughing the passers come with guys extending plays too, which I don’t really do that. It doesn’t surprise me I’m down on the list,” Brady said. “I’d love to be up there a little bit higher to get some extra 15 yards for my team but it’s not always the case, unfortunately.”

Roughing the passer against Brady came up again earlier this year in the NFC wild-card round of the playoffs. He was hit by Philadelphia Eagles defensive lineman Derek Barnett in the game and the defender was called for a penalty.

Brady had thoughts at the time too.

“Yeah, I always hear that from different degrees about getting penalties and so forth and roughing the passers. I think that speaks to it because they say that and I’m always in my mind going, ‘I don’t remember the last time I got a roughing the passer,’” Brady said back in January.

“I think we should look that up, over the last whatever 10 years, who’s got the most roughing the passer penalties. I hope it’s not me because then I just put my foot in my mouth. But I don’t feel like I get them as much as people may think I get them.” 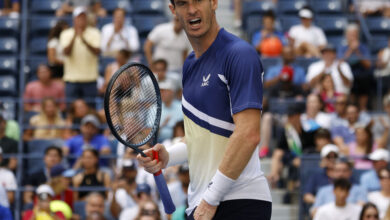 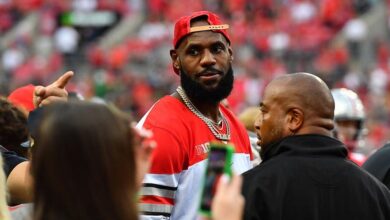 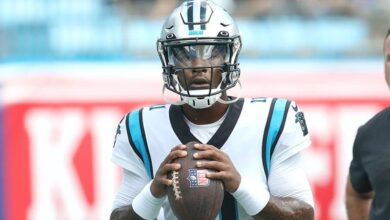