Sixty-one years ago, in the 135th game on the Yankees’ schedule, Roger Maris blasted his 52nd and 53rd home runs of the season. The first one came off the Detroit Tigers’ Frank Lary, who was widely known as “The Yankee Killer” for somehow mastering the best lineup of the era.

“I got a belt out of both homers,” Maris said after the game, as quoted by The Detroit Free Press. “But especially on Frank Lary’s. He’s got me out plenty of times.”

For Maris that September, the competition hardly mattered. Sixty-one years later, it is the same for Aaron Judge. Facing the Minnesota Twins on Monday, in the Yankees’ 135th game, he hooked his 54th homer just inside the left field foul pole to lift the Yankees to a 5-2 victory. Judge is ahead of Maris’s pace, on track to break the American League record of 61 home runs in a season, overpowering everyone in his path.

It was all but guaranteed, then, that Judge would connect against Minnesota. In the last two decades the Twins have been the anti-Frank Lary: They almost always lose to the Yankees. This is baseball’s biggest mismatch, with the Yankees going a frightful 112-39 against Minnesota, playoffs included, since 2002.

Two first-year Twins, Chris Archer and Trevor Megill, took their turns allowing 109-mile-an-hour lasers to Judge on Monday. The first was a double off Archer in the first, and the next was a go-ahead two-run homer on a hanging slider in the sixth. Judge walked in between.

“Especially when guys don’t want to pitch to him and he’s still able to do that, that’s what makes it so impressive,” said shortstop Isiah Kiner-Falefa, who also homered on Monday. “He’s not out there just swinging at everything. He gets one or two pitches a game, and that’s all he sees.”

From the fifth inning last Wednesday until the third inning Monday, Judge was the only Yankee to score a run. On Monday the Yankees played without Andrew Benintendi (wrist), DJ LeMahieu (toe) and Anthony Rizzo (back), then lost Giancarlo Stanton after three at-bats when he fouled a ball off his foot. Judge just keeps slugging, with homers in each of his last three games and five of his last seven.

“You’ve got to post every day — if guys are there, if guys are not there,” Judge said. “If the normal crew we had in April’s there or not, it really doesn’t matter. I’ve still got to go up there and do my best for four or five at-bats and play my heart out on defense.”

The Yankees’ division lead, which stood at 15½ games on July 8, dwindled to four over the weekend. But LeMahieu, Rizzo and Stanton remain on the active roster, and Benintendi will have surgery on Tuesday but could still return this season. The Yankees can separate themselves on this home stand against the pushover Twins (sorry, but facts are facts) and division-rival Tampa Bay.

The playoff push is all that matters, Judge insists; pursuing Maris is almost incidental. Mark McGwire, Sammy Sosa and Barry Bonds all topped 61 homers between 1998 and 2001 (with Bonds holding the record at 73 in 2001), but baseball did not test for steroids then. The 61 mark has deep historical resonance, and it might take an approach like Judge’s to reach it.

“It’s just not important to me,” he said. “What’s important to me is winning — winning this division, first off, and putting our team in a good position going into the postseason. It’s not all about me, no matter what happens. One guy can’t win or lose you a ballgame. All those accolades, all the records, stuff like that, that’s off-season talk.”

For Judge, maybe, but not for everyone. Manager Aaron Boone is keenly attuned to the home run chase, he said, especially because no other player is hitting like this.

“I think when you put it up with the context of where the league’s at — who’s the next guy in the American League, Yordan, with 31 homers?” Boone said, referring to Houston’s Yordan Alvarez, who indeed ranked second in the A.L. with 31 home runs before Monday. “I mean, that’s amazing.”

Judge, of course, began the season by turning down the Yankees’ seven-year, $213.5 million contract offer — a fortune, clearly, but the average annual salary ($30.5 million) would not have ranked among the top 10 in the game. Judge has proved his personal value while immersing himself in the team.

“He comes up to us and talks pitching all the time,” starter Jameson Taillon said. “If he gets out, he’s immediately rooting on the next guy. And it’s all genuine. It’s not like he’s doing it to say, ‘Look at me, I’m a good team guy.’ He just genuinely is that invested in everybody.”

The Yankees have not had a losing record since 1992, the year Judge was born, and he wants a championship attached to his legacy. But 61 or more homers this season would all but ensure something else for Judge: a spot beyond the outfield in Monument Park, just like Maris.

“I don’t want to say anything too soon, but the way it’s going, he could be out in center field one day,” Kiner-Falefa said. “To be able to play with somebody that has that honor, it’s something that you’re going to remember for the rest of your life.” 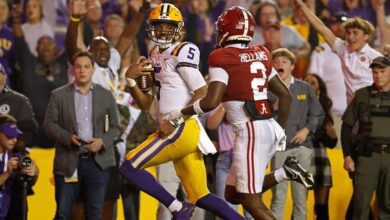