In the bonus round of a March 2016 episode of “Wheel of Fortune,” Shawn Christopher Tracey Jones had 10 seconds on the clock and very few letters on the board. Pat Sajak, the show’s host, was readying him for defeat.

Then Dr. Jones, who has a doctoral degree in clinical psychology, solved the puzzle less than one second into his allotted time: “FUTURE WIFE!”

His mother and friends swarmed him onstage. “I don’t get this game,” said Mr. Sajak, who has hosted the show since 1981.

Dr. Jones also does not know exactly how he solved that puzzle. But he does know that it led him to Zainep Hajia Mahmoud, the woman he would eventually marry.

In November 2017, Ms. Mahmoud sent Dr. Jones a message on the dating app OkCupid because she was charmed by the image he had uploaded of his stint on the game show. They chatted for about a month, but Dr. Jones did not ask Ms. Mahmoud out. She stopped responding.

More than six months later, Dr. Jones, who is a member of Phi Beta Sigma, a historically Black fraternity, got a call from a friend who had been in the fraternity’s sister sorority when both were undergraduates at Duke. She was then working at Comcast, where she had gotten to know Ms. Mahmoud, who was also employed there.

“My friend read me the riot act,” Dr. Jones said. “She was like, ‘You’re silly, you’re really ridiculous if you do not reach out to this woman.’” He called Ms. Mahmoud soon after to apologize and reconnect.

In September 2018, the two laughed their way through drinks at Founding Farmers in Washington, D.C., and a stop at a hookah bar on their first date, which ended with a kiss. They met in Washington because it was partway between Philadelphia, where Ms. Mahmoud lived at the time, and Richmond, Va., where Dr. Jones, 36, an assistant professor of counseling psychology at Virginia Commonwealth University, lived. Ms. Mahmoud, 35, is now a vice president for FlexPay at Capital One near Richmond.

By March 2019, the two became a couple. “It was almost bizarre how natural it felt,” Ms. Mahmoud said.

As they dated long-distance, they found even deeper connections than their love of games.

One was their faith. Dr. Jones grew up in San Antonio, Texas, in an upstairs apartment within the church that his great-grandparents founded. Ms. Mahmoud, whose father is Muslim and mother is Christian, grew up in Washington, and developed her own relationship with Christianity in adulthood.

“The fact that we come from single-mother households — Black American women who have poured everything into us — to me there is no greater testament to a mother’s love than to see all that we have achieved, but also the humility that we maintain,” Ms. Mahmoud said.

The pair’s ability to bond over faith and family while still having so much fun together is “our kind of superpower,” Dr. Jones said. Ms. Mahmoud moved from Philadelphia to Arlington, Va., in 2019, and moved in with Dr. Jones in Richmond this September.

In September 2021, the two participated in a heist-themed game at Breakout Games in Richmond, and Ms. Mahmoud could tell that Dr. Jones was nervous. Inside the escape room, with ultraviolet light in hand, she uncovered the message that had revealed itself to Dr. Jones years before: “Future wife.”

The couple were married Sept. 17 at the Schuyler, an events space in Washington. The Rev. Dr. Price L. Davis, a Baptist minister, officiated at the ceremony before 170 guests, who were required to submit negative coronavirus tests.

Ms. Mahmoud said she looks forward to many more years of friendly competition with Dr. Jones, who she hopes will continue his game show career.

“He would kill on ‘Jeopardy!’” she said. 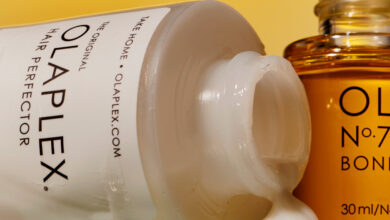 Everybody Has a Hair Complaint 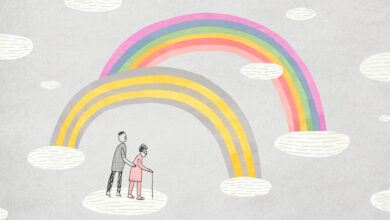 Will We Ever Be Able to Recycle Our Clothes Like an Aluminum Can? 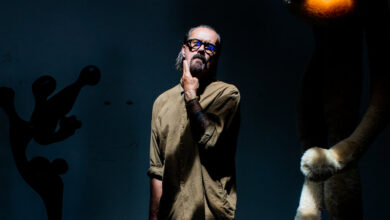 Designer Rogan Gregory Gets His Ideas While You Are Sleeping