During lunch on Bains des Pâquis, a jetty on the shore of Lake Geneva, Amandine guided us through the basics of Swiss fondue (“if you drop your bread in the cheese, you have to do something, like sing a song”) and described Geneva Watch Days 2021, a trade show that could be called the start of her public career.

During a panel discussion titled “What Women Want,” Amandine’s father asked what advice the panelists — who included Yacine Sar, head of communications at the Swiss brand Urwerk, and Suzanne Wong, editor in chief of WorldTempus — would give a 10-year-old interested in watchmaking. They said she should attend watch events, talk with people and do what she loves, then the moderator, the Phillips auctioneer Clara Kessi, asked Amandine to come onstage.

“I was a little embarrassed, but I reminded myself that they are all professionals, they are all people who love this and there is no way will they judge me,” she said. “So I went up and explained a little bit about my passion. They liked it a lot.” Afterward, Mr. Bacs, who was in the audience, introduced himself and proposed doing the video.

Later, during a family discussion at home, Amandine’s father asked if she would like to start a social media site to share her opinions and, while she was enthusiastic, her mother was reluctant, but finally agreed. Her parents regularly help her with IG captions, and filter her direct messages. Her father said that, at least for now, Amandine would not become involved in any sponsorship or financial arrangement to ensure that her posts are free of any constraint. “Sometimes I get products sent to me,” Amandine said, “but I only talk about them if I’m really into them.”

On her Instagram feed, Amandine said, she is trying to achieve a balance between wrist shots and some where she is featured: “It’s weird to say, but my favorite type of photo is when there is no watch — for example, when I eat ice cream and I just share an enjoyable moment.” 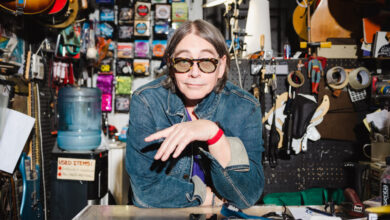 The Wink That Led to ‘Better Things’ Ahead 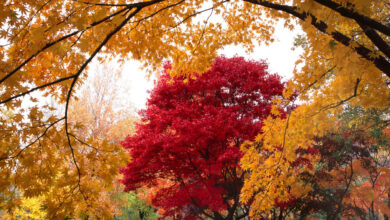 Harvard’s Arnold Arboretum Is Looking Toward the Next 150 Years

Tiny Love Stories: ‘You Are Unmatchable’