Most mornings on the Styles desk, a small group of editors meets to look through dozens of photos that have been filed for upcoming stories. We reserve this time, and treat it with a kind of reverence. Whether looking at distinctive going-out clothing or cover portraits, we revel in the individuality of each person in the frame.

Sometimes, it’s not so much the singularity of the image that gets our attention but rather the universality. Of all the images in this year’s roundup, one in particular struck both targets. Let’s call it “Men Descending an Escalator.” Shot at Brookfield Place in Manhattan, the image shows five office workers wearing versions of the same business-blue shirt, frozen in the thrum of lunch hour. Up the center of the image they stack, head over head, like the stills from an Eadweard Muybridge film sequence, collapsed and viewed from the front. Some hold clamshells of their takeout lunch; a few look directly at the camera, not entirely without suspicion; a sixth man has escaped the frame and blurs off to the left. Caught in a moment of banality, they function as an archetype.

Surveying this year’s selections for our “Year in Pictures,” we were struck by the exuberance found in so many of the shots: a tight crop of a smiling woman, her teeth filled with decorative grills; Jenifer Lewis caught in an impressive high-kick; the incomparable, effortless street style documented by Simbarashe Cha.

To wrap up our year in pictures, we’ve asked some of the photographers who shot these images to describe what they saw in the moment.

“I’ve always been drawn to confidence, to photographing people who embrace it. It’s a gift to all of us. Self-expression is power and is the beating heart of beauty.” — Ayesha Malik

“Once I arrived to Cathedral City and met all the dashing gentlemen, I felt right at home. I was automatically welcomed and so excited to learn about each individual person on that day. It reminded me how we should never stop asking questions and being curious, especially about those older than us as they have truly lived life.” — Magdalena Wosinska

“The best part about photographing dolls is they don’t blink during their portrait.” — Gabby Jones

“I didn’t bring an assistant with me to photograph the director Baz Luhrmann, but luckily Baz had a team of three at the ready. The prospect of directing a director made me a bit nervous. I knew he’d see through all my tricks.” — Sinna Nasseri

“As luck would have it, the optometrist didn’t show. Rupert was a great sport. Despite needing an eye exam and new eye glasses, he rolled with the punches and decided to shop for frames and sunglasses. He quipped about needing a good disguise to walk around New York.” — Mark Sommerfeld

“I wanted the image to look like it was shot from the inside of a small beach cabin, paired with the euphoria of looking out the window of an airplane: admiring the beauty of a distant kind of unattainable landscape. I suggested the idea of the window blinds to my dad and brother, who helped me execute the shot — with a few curious looks from the locals.” — Tonje Thilesen

“The moment I saw Solène standing across the street watching the crowds at the Valentino show, I had an epiphany about street style as a photography genre. Gen Z and Gen Alpha had arrived and were expressing themselves in ways that completely subverted status quo and could no longer be ignored.” — Simbarashe Cha

“Powwows are one of the few spaces in this world carved out for unfiltered Native joy. Going back to this event felt like coming home again. The sounds, smells and, most importantly, the people.” — Tailyr Irvine

“Jenifer Lewis is everything and more. I felt like I was working with a family member.” — Juan Veloz

“Shooting a subject in their home can sometimes be a little tricky. Not with Edward, though. He is genuinely one of the loveliest people I have photographed, especially as a young photographer from the same area as him.” — Serena Brown

“Once Dominik showed me the window on the bag I knew that I had to make a portrait with him in it. I thought it was fitting; it’s a window into his world but also a piece that encapsulates a moment in history.” — Christopher Gregory-Rivera

“We took a long, leisurely walk through L.A.’s psychedelically colorful Chinatown, stopping whenever the light looked good or a background matched her fabulous red outfit. The whole experience was as effortless and dreamy as she is. The photos practically took themselves. She did all the work by just being Shirley.” — Jimmy Marble

“If you would have asked my middle school self (who very unironically wore wraparounds) that in 20-some years from now I’d be running around L.A. searching for strangers to photograph wearing the same style of glasses as high fashion, I would have said ‘Oh, tight.’” — Michael Raines

“I loved her nails, I loved her teeth, I loved the ominous clouds behind her, and I found a way to get everything in one shot.” — Dolly Faibyshev

“I knew I wanted the model to feel equally nostalgic and evocative of the time, but also needed fantastic hair — it could only be My Little Pony.” — Elizabeth Renstrom

“We knew from the outset that we wanted each image to feel like vignettes from the bedrooms of folks with distinct personalities. In this image we wanted to create a sense of nostalgia and camp through the use of warm color, textures and kitschy props.” — Justin J Wee

“The space was filled with petrified bats and stuffed crows. Every time I thought I was done I found another terrifying item lurking in a corner that I had to photograph.” — Olivia Crumm

“I met up with the bachelorette party around noon on that 100-plus-degree day. Music was blasting from the backyard, and High Noons were being sipped in disco ball cups.” — Cassidy Araiza

“As I lay on the floor in subfreezing temperatures, struggling with a faulty camera flash, Julian played his part and treated me with the same patience he would a child being interviewed.” — Adam Powell 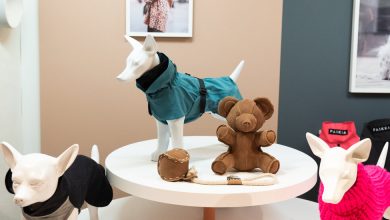 Men’s Wear Puts on the Dog 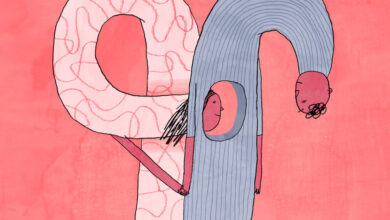 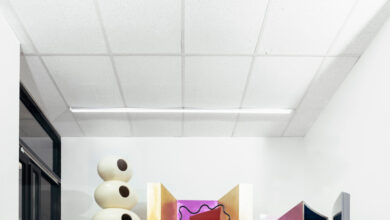