Stopping by Woods on a Snowy Evening
By Robert Frost

Whose woods these are I think I know.
His house is in the village though;
He will not see me stopping here
To watch his woods fill up with snow.

My little horse must think it queer
To stop without a farmhouse near
Between the woods and frozen lake
The darkest evening of the year.

He gives his harness bells a shake
To ask if there is some mistake.
The only other sound’s the sweep
Of easy wind and downy flake.

It seems as if everyone who thinks about Robert Frost thinks of him as misunderstood.

“The regular ways of looking at Frost’s poetry,” the poet Randall Jarrell wrote in 1953, “are grotesque simplifications, distortions, falsifications.” In 1959, at the poet’s 85th birthday dinner, Lionel Trilling described Frost as “terrifying” — “my Frost is not the Frost I seem to perceive existing in the minds of so many of his admirers.” Their Frost, he claimed, was a voice of “democratic simplicity.”

There is a kind of a crystalline simplicity to much of Frost’s work. “Stopping by Woods on a Snowy Evening,” which he wrote in 1923 and later named as his own favorite poem, has a glowing, pristine quality, a snow-globe perfection — Jarrell once said you could not help but memorize it — that makes it appealing to children, and last Christmas my five-year-old niece recited it in her tiny voice, to everyone’s delight. The poem belongs to the microgenre of verse and songs about riding (sleighs, horses) through inclement weather, alongside jolly examples like “Jingle Bells” and “Over the River and Through the Wood.”

Yet it’s also, like so many holiday poems that aren’t explicitly for children, quite melancholy. (The first line of a section of W.H. Auden’s “For The Time Being: A Christmas Oratorio” says it all: “Well, so that is that.”) Those, like Trilling, who hold that their Frost is terrifying will have no trouble finding something to fear in it, in the cold dark forest that beckons as death might.

5 Holiday Movies to Watch This Season

‘Falling for Christmas.’ This Netflix holiday romance turns to a classic formula: A blue-collar widower strikes up an improbable romance with a stuck-up heiress betrothed to a cocky himbo. The twist? The heiress, played by Lindsay Lohan, comes down with amnesia after a skiing accident.

‘Something From Tiffany’s.’ The premise of this movie, streaming on Prime Video, is charming. Gary buys his girlfriend, Rachel, a pair of earrings for Christmas. Ethan buys Vanessa, his girlfriend, an engagement ring. After Gary is hit by a car and Ethan comes to his aid, the two unknowingly swap gifts. Hijinks ensue.

‘Scrooge: A Christmas Carol’ Luke Evans, Olivia Colman and Jessie Buckley lend their voices to this animated take on the holiday classic streaming on Netflix. The animation waxes psychedelic. The songs, arranged by Jeremy Holland-Smith, often have an auditioning-for-Broadway belt to them.

‘Spirited.’ This Apple TV+ musical film is yet another adaptation of “A Christmas Carol.” A disillusioned Ghost of Christmas Present, played by Will Ferrell, helps guide a cynical marketing executive through his Dickensian journey. Along the way, the ghost comes to terms with his own past.

‘The First Noelle.’ This romantic comedy for BET+ follows a book editor named Noelle who tries to win back her ex, after he returns home for Christmas with a new girlfriend, also named Noelle. (The former goes by Noe, while the latter goes by Elle.) When Noe’s boss expresses interest in signing Elle as an author, Noe struggles to balance her love plan with her work aspirations.

Some were offended by Trilling’s remarks, but Frost wasn’t. “No sweeter music can come to my ears,” he wrote in a letter, “than the clash of arms over my dead body,” suggesting he wished to be misunderstood — or that there was no correct understanding of his work, because he had no stable intention. 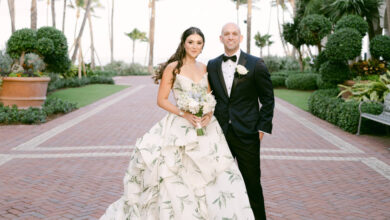 She Kick-Started His Heart – The New York Times 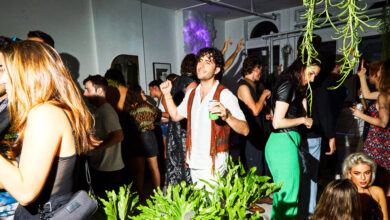 He Wanted Out of the ‘Friend Zone’, but She Took the Lead 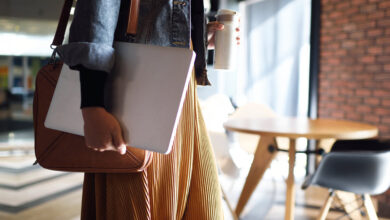