Ms. Xu was the lead author of a study that found that posts pertaining to sex were a positive predictor of likes on Instagram and YouTube, and providing sexual health education had a positive association with likes on Instagram. According to the study, “the sexual health education and resources provided by condom brands have significant reach and positive reception.” Ms. Xu noted that B Condoms was “talking basically about every single aspect of sexual health — even ones that are not related to condoms.”

The largest three condom brands all have sex-positive posts ranging from informative to playful (a recent Durex tweet: “Want to seggz?”) that date well before March, when Mr. Panda says the B Condom account started posting raunchier Instagram slides. Its messaging is generally more reliant on sex education, though: Whereas Trojan’s and Durex’s feeds are sprinkled with collaborations with social media influencers and celebrities, the B Condoms feed features video clips from community and H.B.C.U. outreach events that Mr. Panda, a Morehouse alumnus, helps organize.

With its small, 10-person staff and comparatively tiny budget, B Condoms chooses to focus its resources on Black Americans, Mr. Panda said, citing the disproportionately high rates of H.I.V. and teen pregnancies among people of color.

Mr. Panda said he spent his formative years in Brockton, Mass., south of Boston, watching those issues in real time. (At his high school, there were “so many kids with kids,” Mr. Panda recalled.) Another inspiration was a conversation about the effects of H.I.V. on Black Americans that he had with his mother, who ran a drug- and alcohol-detox facility. Mr. Panda said that after feeling unfulfilled during his time as a corporate lawyer in New York, he quit and founded B Condoms with two other Morehouse alumni. In those early days, he ran the operation from his apartment.

“I never saw condoms as a career, but after I got into it, it made perfect sense,” he said.

Without a model for a successful Black-owned condom brand, Mr. Panda said he spent a good portion of B Condoms’ existence teaching himself “every aspect of this business.” He recalled that in the earlier stages he used a storage facility in the Bronx because a warehouse was too expensive, and that he would place the condoms in bodegas for free because he couldn’t find any buyers. By the time he moved operations to Atlanta, in June 2020, his co-founders had left the company.

Mr. Panda said B Condoms may have to tone down its Instagram posts as the brand becomes “corporate.” During the interview, he declined to reveal who was actually responsible for the brand’s recent posts, saying that he was worried a larger company might pluck them away with the promise of a better salary.

“We’re rewriting the rules with a lot of this stuff,” Mr. Panda said.

An ‘Aggressive Love for Life’ Regardless of Life’s Challenges

Judy Woodruff Prepares to Sign Off as a ‘PBS NewsHour’ Anchor 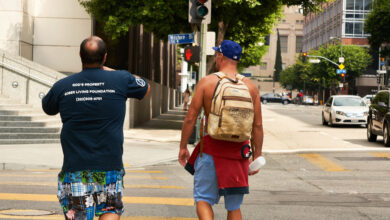 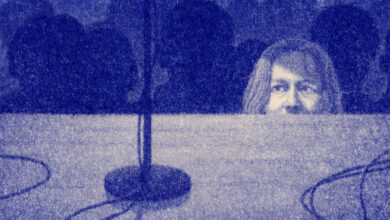 Belle, Sebastian and Me – The New York Times