It’s still yacht season in the Mediterranean, a favorite time of year for paparazzi and close readers of David Geffen’s Instagram. On any given sun-and-Champagne-drenched day, one might see Elon Musk frolicking shirtless on Ari Emanuel’s yacht, or Drake spotted aboard a $660-thousand-per-week superyacht in Saint-Tropez.

But this year, things are a little different. Fewer eye-popping vessels are departing from the ports of Monaco and Portofino, and recent world events have led to a reckoning with just how many of those boats are linked to unsavory money.

After the invasion of Ukraine, more than a dozen yachts owned by people with ties to President Vladimir V. Putin of Russia were seized by European and U.S. authorities. Other such boats have landed in countries like Turkey and the United Arab Emirates, which have a relatively cozy relationship with Russia. (None of the alleged owners replied for comment for this article.)

The seized boats range in size from about 130 feet (about three New York City buses) to about 500 feet (13 buses). At the highest end, they can cost on the order of $600 million, which is what Dilbar, by some measures the world’s largest yacht, reportedly sold for. (Dilbar, which is linked to the oligarch Alisher Usmanov, was seized by Germany in April.)

Since the late 1990s, superyachts have been part of the flashy spending embraced by the ultrarich in Russia. The oligarch Roman Abramovich has personally bought seven (and sold three of them) since his first, trendsetting purchase in 1998, including what was at one time the world’s largest yacht.

Elisabeth Schimpfoessl, a sociologist who wrote “Rich Russians: From Oligarchs to Bourgeoisie,” said that the length-measuring contests that the earliest oligarchs engaged in via yacht have slowed, as they turned their attention to philanthropy and art and trying to outdo one another with cultural sophistication.

“They didn’t want to live that typical flashy superrich lifestyle,” she said, of the “old-money oligarchs,” like Mr. Abramovich. “But they are still buying the yachts.”

One reason for that? The boats — and the mobility they offered — took on a different kind of significance for oligarchs in the wake of 2014 European Union sanctions against Russians that restricted travel, according to Ms. Schimpfoessl.

Yachts were a way for their sanctioned owners to spend time in European countries despite the restrictions; a boat can slip with relative ease from Montenegro to Cannes or Nice. Traveling through ports, she said, “there is much less of a chance that any border control will check in on them.”

Another reason some people own a superyacht is that it’s one of the easiest ways to spend, for those who have the kind of money they can’t get rid of fast enough. One Silicon Valley yacht owner recently told The New Yorker that yachts are the luxury good that can “absorb the most excess capital.”

And the purchase price is just the start. A closer look at an itemized breakdown reveals just how much oligarch money is floating out there.

Below, a back-of-the envelope accounting of how much one superyacht, the kind favored by Russian oligarchs, might cost to buy and operate. The estimates are based on conversations with nearly 20 people working in yacht brokerage, design, security and insurance.

Yacht sales are typically arranged through a broker, found via a handful of companies with offices around the world, in places like Monaco, New York, Fort Lauderdale, Sydney, Dubai, London and Hong Kong. (Russians in particular seem to flock to offices in Monaco.)

Brokers are often former yacht captains who command a fee of about 3 percent of the boat’s cost. So for a boat like the Amadea, a 348-foot-long, $300 million yacht that has been linked to the oligarch Suleiman Kerimov, the initial broker’s fee would likely have been about $9 million.

That money buys a few things. First, expertise. A broker helps guide a client toward a yacht that will suit their needs, whether they want to mostly anchor in Saint-Tropez or go on an expedition to the Arctic. The broker also connects the buyer with the major shipyards that will build the boat.

Just as important to many yacht owners: Brokers help to provide anonymity, often acting as an owner’s representative. “It all starts with NDAs,” said Mark Elliot, a yacht broker, referring to nondisclosure agreements. The broker, builders and crew all have to sign one. “Lots of these boats are built under different project names to help keep them a secret,” said Mr. Elliot, who works with IYC, a brokerage firm in Fort Lauderdale, Fla.

For instance, Tango, which was seized by Spain at the request of the United States and is owned by Victor Vekselberg, who runs the Russian investment company Renova Group, was bought through shell companies, according to an investigation by the U.S. Justice Department.

There are about 100 yachts in the world that are longer than 300 feet, and although ownership is not always clear, SuperYacht Times estimated that at least 18 are owned by Russians. The others belong to various other ultrawealthy people, mostly American and European business moguls and dynastic families, as well as Middle Eastern royalty.

Many of the highest-end boats are built in shipyards in Holland and Germany over the course of several years. The fees for the hundreds of staff and contractors, and the sometimes thousands of subcontractors involved in the construction can add up to nearly half of the sticker price, or, for a $300 million boat like the Amadea, something like $135 million.

On that kind of boat, according to the Super Yacht Group, the steel hull alone can cost about $28 million. The engine room equipment might add up to about $21 million; the deck, $24 million; and the paint coat, $18 million. And that’s for standard paint. In one instance, the late Boris Kogan — a founder of Kaalbye Shipping — painted the 163-foot Thunder using paint that had silver flakes in it.

Keeping Up With the Abramoviches: $60 Million

Then there are the interiors. A designer’s fee might run about $4 million, according to Patrick Knowles, of the Fort Lauderdale interior design firm Patrick Knowles Design.

Mr. Knowles said he knows of one yacht that had a single room — a bar lounge with onyx stone panels, curved glass panels with hand carvings and gold-leaf finishing, and custom gold bar hardware — that cost more than $1 million. The Russian taste in design tends to “skew toward the bold and expressive,” said Mr. Knowles, most of whose clients are American.

Often, there are additional ultraluxury add-ons. Many megayachts include discos ($1.5 million to $2.5 million), movie theaters ($2 million), gyms ($1 million to $1.5 million) and fully ventilated Kevlar-lined safe rooms ($2 million to $3 million). Some billionaires even build their own medical units, complete with doctors and nurses, according to Mr. Knowles.

Yacht interiors, he said, tend to add up to about 20 percent of the upfront cost of the boat.

But that’s not including art. “It’s not unusual for an owner to have a statement piece in the main salon and then perhaps also in the master stateroom,” Mr. Knowles said. “It could be a Matisse, a Picasso — really whatever the owner’s tastes might be.”

He is aware of one yacht, he said, which cost about $40 million and whose artwork onboard exceeded the value of the boat. “The art was delivered to and from the boat in museum-quality, wooden briefcases and under police escort,” he said.

The Dinghies: $80 Thousand and Up

Inside the big boat — literally, inside the hull, like nesting dolls — are often sets of smaller boats, known as tenders, that can cost millions. One megayacht might have a rigid inflatable boat for crew use (starting at about $80,000), a vintage Riva Aquarama — think George Clooney cruising around Italy in a little wooden boat — (starting at $349,000), a custom center-console boat for fishing and diving expeditions (starting at $113,000), and a custom enclosed “limousine” boat that can deliver guests to shore with every hair on their head in place ($2 million and up).

But there is a separate category of yacht “toys” that are often found on other boats that trail the owner’s mega yacht.

Some of these trailing boats are megayachts themselves, like the estimated $60 million, 246-foot “yacht support vessel” that will follow Jeffrey Bezos’s $500 million, 417-foot schooner. Toys aboard a yacht support vessel might include a McLaren car (which have sold at auction for as much as $20 million), a helicopter ($3 million) or an increasingly de rigueur personal submarine ($2.5 million to $4 million), as well as an assortment of more pedestrian-priced toys like Jet Skis, Seabobs, A.T.V.s and underwater scooters.

And a billionaire who wants to catch tuna and marlin might have a fishing boat floating behind that can cost as much as $20 million.

Fuel can cost a million or so a year, for boats that are just floating in one body of water. Some boats go from Croatia to Sardinia; others go all the way to Antarctica. According to one broker, a very large yacht that crosses from the Mediterranean for the winter to the Caribbean for the summer could run up another $300,000 in fuel.

Crew salaries for a hypothetical 300-footer would be about $3 million annually. Captains on a yacht that size can expect to make around $300,000, and there could be two, working in two-month shifts.

The other 30 to 40 crew members, including chefs, officers, stewards, engineers, boatswains and deckhands, work year round with all expenses paid, often even including offshore bar tabs. Duties largely include sometimes tedious and always unending cleaning and maintenance jobs, as well as guest services that cater to every imaginable whim.

So That’s More Than $400 Million. But What Will It Resell For?

In April, the House of Representatives passed a bill urging the Biden administration to sell oligarchs’ seized or frozen assets in order to fund Ukraine’s war effort with additional military or humanitarian aid, something the White House has said it intended to do.

But what would the yachts sell for on the resale market? It’s unclear. Boats are a famously depreciating asset; the old line is that they are nothing more than a hole in the water into which you throw money. But not for the ultra-wealthy.

Megayachts may not depreciate like other boats, said Scott Stamper, a managing director of the Atlass Insurance Group in Fort Lauderdale. “That’s a reflection of the economy,” he said. “There’s a lot of people with money right now. If it takes three to four years to build a new one, you’re going to pay more for one that you can get right now.”

And yet, the oligarchs’ boats would require very specific buyers. Mr. Abramovich, for instance, has previously sold one boat to an Azerbaijani billionaire with ties to a Siberian energy company, and reportedly lost the 371-foot Le Grand Bleu, to another oligarch in a poker game.

“Some of the interiors are outrageous,” said William Smith, a yacht broker with Merle Wood and Associates. “Maybe you get lucky and you find another billionaire with that taste. But if you don’t, you need to spend a lot of money to rip out the interior. It’s easier to build one from scratch.” 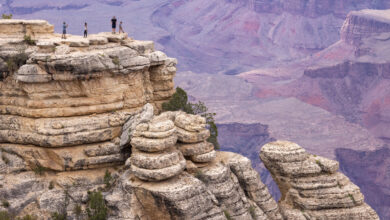 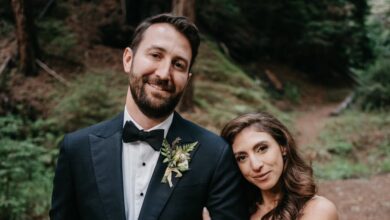 After a Nudge from Aziz Ansari, a First Date 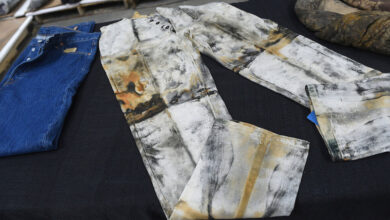 Pants Recovered From Shipwreck Sell for $114,000 at Auction 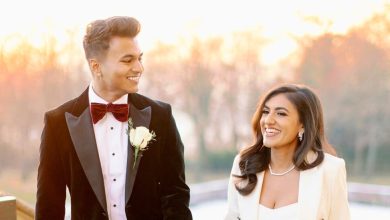 At 16, He Knew They Would Someday Marry. He Was Right.