When Nicholas Manville started a job as the creative director at the Danish silverware maker Georg Jensen, he knew Denmark had a decorative history that was less subdued than the neutral palettes and minimalist interiors that have come to characterize décor in both the country and the larger Scandinavian region.

Vikings who lived in the area used a rainbow of colors — red, blue, yellow, green, pink, purple — when making textiles, shields and ship sails thousands of years ago. Centuries later, the Danish architect Verner Panton made vibrant shades of orange and violet a hallmark of his furniture and interiors.

Even Arne Jacobsen, the architect and interior designer whose midcentury modern Egg and Swan chairs advanced the minimalist style of decorating, occasionally favored maximalist elements of Denmark’s past. Mr. Jacobsen made the Egg and Swan chairs in 1958 as part of a project to design the original interiors at the SAS Royal Hotel in Copenhagen, where he decorated rooms in teal bedspreads and curtains with a graphic pattern of semicircles. (As Mr. Manville put it, Mr. Jacobsen’s vision for the hotel, which is now a Radisson, did not include “a white room.”)

But after Mr. Manville, 50, moved to Copenhagen in 2017, he saw scant evidence of this bolder decorative tradition. He recalled thinking, “Where did it all go?”

When he was at Georg Jensen, which was founded in 1904, he began an initiative to reproduce the company’s stainless-steel Koppel pitcher in cobalt blue, pistachio green and other colors, all of which were released last year. Finding the right palette took time, said Mr. Manville, who now oversees the home division at Moda Operandi, the online luxury goods retailer. The colors ultimately chosen for the pitcher came from original product sketches done in the 1950s.

Georg Jensen introduced the colorful Koppel pitchers as other heritage Danish brands started to offer their own vibrant takes on classic pieces. Louis Poulsen, a lighting maker, released its PH 5 pendant lamp in new pastels last September, about three years after it introduced the lamp in orange and green hues. And in 2020, the china manufacturer Lyngby released its Rhombe pattern, a style created in 1961, in colors including cobalt blue, mustard yellow and pink.

A resurgence in bold Danish décor has been even more noticeable in emerging brands, whose founders described their work as an antidote to the subdued sensibility that has long pervaded their culture. In Denmark and other Scandinavian countries, a conduct code known as janteloven encourages blending in over standing out.

“Denmark had become this decorative no-go land,” said Arne Jensen, a drapery designer who started his line, Arne Aksel, in 2017. “We’ve been in a white or gray or beige box for what — 20, 25 years? I think people have had enough.”

Mr. Jensen, 59, specializes in floor-to-ceiling curtains in sumptuous textiles (satin, corduroy, velvet) that are sold in colors including maroon, yellow-gold and a rich-looking green called “money.”

Pernille Rosenkilde, 32, an influencer and stylist, had the drapes made in a semi-sheer, peach-colored fabric for the bedroom of her apartment in Copenhagen’s Vesterbro neighborhood. Though Arne Askel is also based in Copenhagen, its curtains have “an Italian or French feeling,” she said.

Helle Mardahl, who in 2018 started a namesake line of vases, tableware, lamps and other decorative objects made of sherbet-colored blown glass, said her pieces were the opposite of the décor in the house where she grew up in Ballerup, Denmark.

“It was as simple as possible, and I became fed up with all the white,” said Ms. Mardahl, 46, who lives in Copenhagen. Starting her line of sculptural, bulbous glassware, she added, was an attempt “to try to get something new into the industry.”

The same could be said for Reflections Copenhagen, which sells surrealist mirrors shaped like lips and eyes as well as candleholders, book ends and tables made of vividly colored crystal. While Denmark is known for producing blown glassware, “there’s no tradition here of fine crystal, and certainly not fun crystal,” said Andrea Larsson, 50, who started the company with Julie Hugau in 2015. (Ms. Hugau left the business in 2020.)

Last fall, Reflections expanded its wares to include porcelain plates in multicolor patterns. That same season, Akua, a company in Copenhagen that designs colorful blown-glass pieces made on the island of Murano near Venice, debuted its first collection.

“Emotions are rarely minimalistic or muted, and our designs reflect that,” said Annika Agerled, 30, who oversees design at Akua, which she founded with Josefine Arthur. Ms. Agerled noted that younger décor brands like hers had followed in the footsteps of Hay, the Danish company founded in 2002 that offers a range of playful home furnishings designed by various makers. (In 2019, the American furniture conglomerate Herman Miller acquired a majority ownership stake in Hay.)

Christina Lundsteen, 50, was working as a textile buyer for Stine Goya when she decided to start making throw pillows and cushions in 2006. Ms. Lundsteen, who has since expanded her namesake décor line to include lounge chairs, is known for designs that incorporate saturated jewel tones, geometric patterns and cotton velvet — a material that she described as anything but bland.

“It has a depth you don’t get with any other fabric,” said Ms. Lundsteen, who lives in Copenhagen. “It never feels basic.”

Some decorative artists have shown that it is even possible to make eye candy using white, the shade other Danish makers described as synonymous with minimalism. Trine Bond, who started a ceramics line called Claybybond in 2020, cited the white cliff side of Stevns Klint, a natural landmark near her studio overlooking the harbor in Rodvig, Denmark, as an inspiration for her pieces, which look like naturally formed chunks of coral.

She said her work was not a wholesale rejection of the Danish minimalist aesthetic. “I was brought up in that school, and I have both sides in me,” said Ms. Bond, 57, whose father, Jorn Bond, was an architect who had worked under Mr. Jacobsen, the Egg and Swan chair designer.

There’s still “big respect” for minimalism, she added. “But we got boring.”

All Consuming is a column about things we see — and want to buy right now. 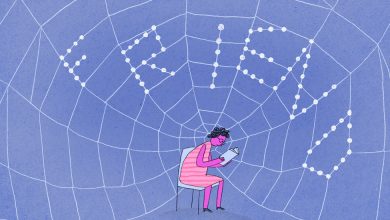 A Web Between Her Body and Mine 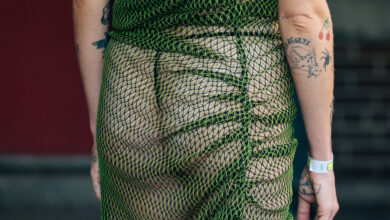 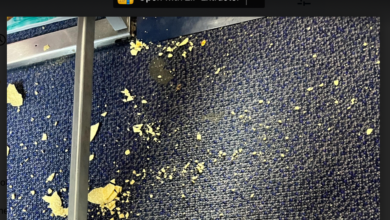 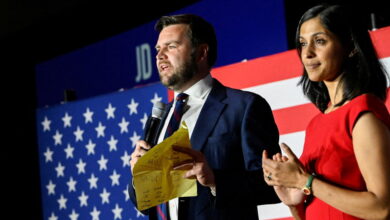