When Nicholas William Baldo and Viktoria Angela Cupay started dating, their biggest concern was that they lived hundreds of miles apart: he in San Francisco, and she in Beach Park, Ill., about an hour from Chicago.

A year later, both were in the same city, but confronting a different complication, one that affected Ms. Cupay’s health and could have ended her life.

The two met in April 2018 at Temple, a nightclub in San Francisco, while Ms. Cupay was visiting the city. After she asked him to dance, he asked for her phone number.

Ms. Cupay, who was born and raised in the Philippine province of Bohol before immigrating with her family to Beach Park in 2011, at first was reluctant to share it. But after learning that Mr. Baldo was from Westmont, Ill., a suburb of Chicago, and that he had plans to be there in two weeks, she gave him her number.

The next night, they met for drinks. Despite only knowing Mr. Baldo for a day, Ms. Cupay could already detect a difference between him and past suitors. “I felt safe around him, like I could be myself,” she said.

Two weeks later, they met again after he arrived in Illinois. Over the next several months, they took turns visiting each other for weeks at a time. In August 2018, while in San Francisco to see him, Ms. Cupay revealed to Mr. Baldo that, two years earlier, she had been diagnosed with lupus, an autoimmune disease that can be fatal. Her admission did not faze him.

“All I was thinking,” Mr. Baldo said, “was Viktoria is so wonderful and beautiful, whatever that means, it won’t get in the way of things.”

By the end of her trip, they had decided to date exclusively.

That October, while visiting her, Mr. Baldo had a realization after attending a wedding with Ms. Cupay. “Seeing her dressed up with the wedding music playing made me imagine that future with her,” he said. “It gave me a feeling that I had finally found the one.”

The next year, in June 2019, Ms. Cupay suddenly came down with a fever, which she thought was caused by her lupus. She was admitted to John H. Stroger Jr. Hospital in Chicago, where her body became inflamed and covered with blisters. Her condition grew so severe that doctors medically induced a coma and said that she might not survive.

Mr. Baldo booked a flight to Chicago soon after he found out that Ms. Cupay had gone to the hospital. He was with her when it was determined that the cause of her illness was not lupus, but Stevens-Johnson and toxic epidermal necrolysis syndromes, diseases that affect the body’s skin.

For the next month, Ms. Cupay remained in a medically induced coma, and for a month after that, she was in critical condition. It was during this time that Mr. Baldo had another realization. “I knew I could never leave her side,” he said. “She would have a long road to recovery and I wanted her to know I would be there.”

In August 2019, he proposed to Ms. Cupay in the intensive care unit at Rush University Medical Center in Chicago, where she had been transferred. Soon after, he moved back in with his parents in Westmont and, along with Ms. Cupay’s mother, became a primary caretaker of Ms. Cupay as she recovered.

A graduate of Stanford, Mr. Baldo, 32, now works remotely as a senior product manager at Apeel Sciences, a food sciences company in Goleta, Calif. Ms. Cupay, 26, is now virtually completing a bachelor’s degree in public health at the University of Arizona.

As Ms. Cupay recovered, “I had to learn how to walk, talk and eat again,” she said. “I was totally dependent on other people,” added Ms. Cupay, who spent 240 days in hospitals and health care facilities before being discharged in February 2020.

It took almost another year — during which she had three surgeries — for her to feel well enough to plan a wedding. “I felt ready to resume my life,” she said, “even though I will always face heightened risks of infection.”

On Aug. 19, the couple were married at St. Joseph Catholic Church in Chicago. The Rev. Lawrence Lisowski, a pastor at the church, officiated before 100 guests. Afterward, a reception was held at the Millennium Knickerbocker Chicago hotel.

The couple chose their wedding date because it was three years to the day of Mr. Baldo’s proposal to Ms. Cupay in the intensive care unit.

“It was a bittersweet day,” the groom said about the circumstances of their engagement. “Now, we will look back with nothing but pure happiness on that day.” 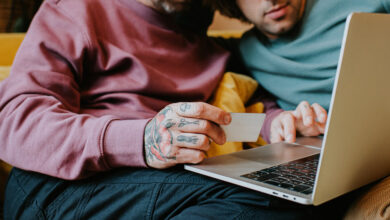 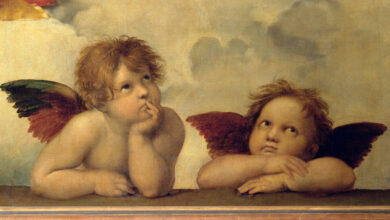 What Is Buccal Fat? And Why Is Everyone Obsessed With Removing It?

Linda Evangelista, the It Bag and ‘Sex and the City’