Two summers ago, in June, I rang in my 27th birthday by getting so drunk in Napa, Calif., that I gave my Uber driver my phone number. A few months later, in September, my college ex-boyfriend told me he was planning to propose to his girlfriend. Having been intentionally single for years, I suddenly felt like I was losing a race I didn’t even know I was in.

In an emotional late-night phone call, I asked my ex to marry me instead, and he said no.

The next month, back in Palo Alto, where I was in my second year of medical school, I met Tom at a party. He was the most attractive man I had ever seen. I couldn’t shut up about him, so my classmate pushed me into him and said, “Marina, Tom,” and walked away. He looked at me and smiled, and I instantly knew that this was going to work out.

“I like your necklace,” I said, gesturing at a pendant he wore on a chain, the first of many occasions that my usual charisma around men would be replaced with fumbling awkwardness in his presence.

We talked and danced for hours, and I drove him home at 2 a.m. He asked for my number and said, “Kiss you good night?”

Over the next few weeks, life with Tom was life in its most extreme and exciting form, making everything else feel boring and useless. In early November, after halfheartedly attempting to take notes on esophageal pathology all morning, I met him for the most fun date I’d ever had, an all-day marathon in San Francisco consisting of an art gallery, drinks with his friends, dinner at a fancy restaurant and a concert I can barely remember.

By the time we got back to his place, I’d fallen asleep on his lap and lost one of my contacts. All night with him, I couldn’t stop laughing because I couldn’t believe something this good was happening to me.

Tom was different from anyone else I had dated. He was confident and intentional, kissed me hello and goodbye, didn’t want me to be his mother or therapist. He took me to expensive restaurants and left a candle burning in his apartment for our return. He went to Portland for a weekend and came back with presents for me: craft beers, a handwritten note on a Bigfoot postcard, fancy chocolate, and a beanie.

Most of all, Tom was different because he was someone I had pursued myself, who had unexpectedly reciprocated. He was aspirational but had become real. Like someone who wins the lottery, I had no plan for what to do next.

“I have no idea why he likes me,” I kept saying to my friends.

Still, he had walls up. As the weeks passed, it seemed impossible to get closer to him, and I began to sense the shadowy outlines of undeniable incompatibilities. I couldn’t relax around him. I wanted to be perfect, to read his mind so I could be whomever he wanted me to be. I hesitated to introduce him to my friends. Something wasn’t clicking, and it made me want to sequester our relationship in its own universe, with no confounding variables.

I barely slept, jumping up early every morning to grab my phone and see what Tom had texted. The disappointment if he hadn’t texted was consuming. I told a friend that my life had become so unrecognizably filled with anxiety that I might cut things off with Tom just to have some peace. But I knew I wasn’t going to: His magnetism was so strong that I had to ride it out one way or another.

Once when he hadn’t texted me back for a few hours, my watch told me to relax with a breathing activity.

I texted my roommate: “if this ends I will not survive.”

He responded: “we’ll be here to pick you back up idiot.”

When Tom texted me that he would be gone for six weeks over winter break, I cried for 10 minutes. After he left, he stopped talking to me as much. On a two-hour plane ride, I played the same song on repeat and read back through all our texts to convince myself he still liked me. Instead of studying for my final exams, I painted a watercolor version of his favorite photo from space, Pale Blue Dot, and mailed it to him for his birthday along with a book and three packages of Oreos (he’d once told me he could eat an entire package in one sitting).

His message of thanks for the gifts was kind but underwhelming, failing to match the wild enthusiasm I’d felt in putting them together.

In mid-December I flew to see friends in New York, where my discipline with Tom disintegrated. I called him and asked what was going on.

By morning, everything was over. He had thought it was casual. I had hoped we were falling in love.

Over the next few months, I tried as much as possible to inhabit the time before everything was ruined, listening to the music from then, recalling how the shadows of tree branches danced over my closet door as I painted the Pale Blue Dot. I was trying to keep the connection alive between what had been and what I hoped still could be. I read Joan Didion’s “The Year of Magical Thinking” and saw myself in her as she kept her late husband’s clothes and shoes because he would need them when he came back.

Since adolescence, I had been waiting for a romantic interest who would bring my life into focus, make it matter. Tom had done this, and when he stopped wanting me, I couldn’t restore meaning to my life. I had hundreds of imaginary conversations with him in which I persuaded him to take me back.

Life repopulated glacially. Tom wanted to be my friend, which in my mind would involve many rules, including not discussing our dating lives. I felt angry at him much of the time. How could someone I felt so strongly about not feel the same way about me?

As the summer months passed, my body went from feeling like it was screaming all the time to just aching. I wanted to get back to feeling like life was good. For the first time it occurred to me that I should get over Tom. I texted him: “are you dating someone currently?”

He said he was. I asked him what she had that I didn’t.

“It doesn’t feel right to compare you,” he wrote. “I just knew we weren’t each other’s person.”

I waited for misery to bury me alive. I did feel miserable, but I also felt relief. For so long I had lived in fear that he would move on, and now that I had asked, the world had not ended. I was the same person I had been. Actually, I was different in one way: I was less of a coward.

I asked him for some time to think about being friends. I wished someone would tell me what to do. My friends advised me to cut him off forever. I drafted a text that read, “It feels like I have to go back into Plato’s cave and learn to be happy there after experiencing the outside world for the first time.” I didn’t send it.

I went for a run. As usual, I thought about Tom the whole time. I felt so tired of myself. The houses in my neighborhood had the same Halloween decorations as when we had started dating the previous year. We had walked around together to look at them early one Thursday morning on our first real date.

Riding the endorphin wave of my fast last mile, I had a relaxing thought: There was no right thing to do. There was only what I was going to do.

I imagined a future after Tom and realized I had been living it for a long time. He occupied so much space in my head, but so much else — my friends, my parents, my research, school, books, art, things that made me laugh and things that made me feel cozy and loved — filled my every day. I had rebuilt my life. I had gone through the worst-case scenario, had asked the worst questions and heard the worst answers, and I wasn’t broken. I was OK.

That Friday was a year and one week since meeting Tom, and I texted him saying I did want to be friends. Sending that brief message was one of many items on my afternoon’s to-do list, and I did so quickly, liberated from the anguish and anger that had so often accompanied our communication. Then I set down my phone and went on with my day. 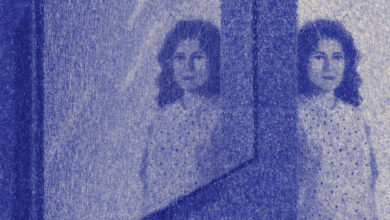 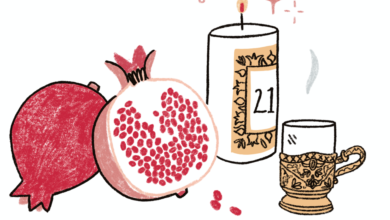 Pomegranates Brighten the Darkest Night of the Year

That Mocktail Costs How Much? 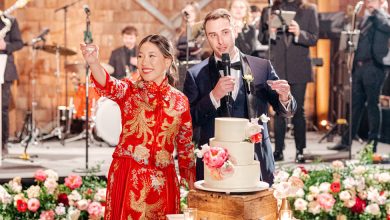 A Trip (Without Arguments) That Sealed the Deal