The pilots took turns speeding their drones through a neon-colored course, zooming around sharp turns and diving into gates at speeds of up to 90 miles per hour like turbocharged fireflies performing for a roaring audience of more than 5,000 people.

“When I was flying, I could hear them screaming,” said MinChan Kim, 18, a drone pilot from South Korea, who is considered one of the best in the world. “It made me nervous.”

Mr. Kim, 18, can finally compete in the Drone Racing League, a professional sports group that pits 12 of the world’s top drone pilots against one another in 14 events per season. Sometimes they compete in a simulator or in the metaverse. (Pilots wear goggles to see what their drones see.) But this season opener, which took place on Oct. 11 and will be broadcast on NBC Sports on Saturday, was an outdoor event at PayPal Park in San Jose, Calif.

And Mr. Kim, known by his racing handle, “MCKFPV,” was the one to watch.

“We had our eye on him for a long time,” said Nicholas Horbaczewski, the founder and chief executive of the league, who recruited Mr. Kim as soon as he turned 18.

The D.R.L. began in 2016, and this year its followers on TikTok soared to five million from 500,000, putting it far ahead of many other sports on the platform. It’s now shown on television networks including NBC and ESPN, and companies like Google and T-Mobile are getting involved with sponsorships. Fans are even betting on the sport.

And Mr. Kim and his fellow pilots, currently all men, are now in demand. They are tapped by famous actors to film their movies with their drones and are even inspiring Halloween costumes.

Mr. Kim began flying drones at the age of 12 after stumbling upon drone racing on YouTube and asking his parents — his father is a retired engineer and his mother cares for the household — if they would buy him one of the airborne robots.

He practiced so much — sometimes 12 or 13 hours a day at a field near his home in Paju, a city in South Korea that is a 20-minute drive from the North Korea border — that he attracted military attention. “Soldiers would check in to make sure I was not sending drones over the border,” he said.

Competitive drone races are held around the world. The D.R.L., the only professional league, recruits from among those racers.

When he was 12, Mr. Kim won both his first national race in South Korea and an international competition in Dubai. That gave him $60,000 in prize money and a sponsor who paid for his drones going forward. At 14, he started getting a tutor to keep up with his schoolwork while he was traveling for drone racing competitions, and Mr. Kim opted to fly drones instead of having a social life.

“I would like to date someone, but I am too busy with racing,” he said.

He is now on the radar of celebrities who want cutting-edge drone cinematography.

“You know Itzy, the K-pop girl group?” he said. “They reached out to me through Instagram to do a music video.” (The five-member girl band has more than 18 million followers on Instagram; Mr. Kim has 116,000.)

“It was way more nerve-racking than racing because I didn’t want to injure her,” he said. (Drones can go from 0 to 90 miles per hour in seconds.)

But nothing, he said, was as terrifying as the opening day of this year’s drone racing league in San Jose, when Mr. Kim raced in front of a sold-out crowd. It was the largest league event to date.

The morning of the race he couldn’t eat or drink anything. “I tried caffeine drinks, but they make my hands shake,” he said. He tried listening to music, whatever his phone was playing.

He didn’t share his race results with The New York Times because the event had not aired yet, but he hinted that he needed more practice in front of live audiences. “After the race, people asked me for autographs or selfies,” he said. “I wasn’t really sure if I was famous before that.”

Eighty percent of D.R.L. fans are under 35, according to the league, and 70 percent of them don’t follow the big five sports — football, basketball, soccer, baseball and hockey.

“Our fans are people who follow Elon Musk, who are hanging on every rumor of the next iPhone watch,” Mr. Horbaczewski said. “They don’t really care how far Tom Brady can throw a football.”

Part of drone racing’s appeal is similar to that of Formula 1: the sights, in this case, colored robots zooming through the air, along with buzzing and swishing sounds. “We make our courses wrap around the audience,” Mr. Horbaczewski said. “They can feel the air coming off of them, they can hear the roar of the motors.”

When Mr. Horbaczewski first pitched the program to NBC, the network was excited by the visuals, he said. “People referred to the pod racing scene of Episode I of ‘Star Wars,’” he said.

Early fans of the D.R.L. now have more company.

Abhishek Praveenkumar, 21, is a drone racer from Mumbai, India, who is a Ph.D. student in computer science at Santa Clara University. He attended the D.R.L. event in October in San Jose with 25 classmates, most of whom had never watched a race before.

“We used to watch sports like soccer and Formula 1, and now we are watching this too,” Mr. Praveenkumar said. “Ever since the race, many of my classmates have come up to ask me how to get a drone, how to practice flying.”

“I am definitely going to help them,” he added. “Drones are something everybody will be into soon. I can already see it happening.”

As drone racing continues to go mainstream, there are more high-profile opportunities for pilots.

Alex Vanover, 22, won the Drone League Championship in 2019 but has only started getting identified outside of drone events this year.

“I got recognized at a gas station in L.A. the other day,” he said. “That was a first. I’ve gotten noticed at airports.” He has 55,000 followers on Instagram and 125,000 on TikTok. He even had fans dressing as him for Halloween this year.

Mr. Vanover grew up in Roanoke, Texas. He said he has received so many requests for media work that he moved to Los Angeles over the summer with his wife. The D.R.L. provides some commercial opportunities for pilots through its partnerships, but other deals are worked out by the pilots themselves.

This year Mr. Vanover traveled to New Orleans with Will Smith to film the movie “Emancipation,” which is coming out in December on Apple TV. “We did a lot of cinematic shots showcasing the swamps and the landscapes,” Mr. Vanover said.

“Will wanted to learn more and fly a drone before the end of the shooting, but we didn’t have a cheap enough drone for him to fly,” Mr. Vanover said. “He definitely would have crashed it. Everybody does their first time.”

Mr. Vanover has worked on a new Marvel movie and also shot two music videos for Justin Bieber, “Stay” and “Hold On.” “If you watch ‘Stay,’ the drone shots are pretty obvious,” he said. “There are a couple of shots where it flips upside down.”

Mr. Vanover has had the chance to talk to Mr. Bieber briefly. “I would have never thought someone like him would think what I did was cool,” Mr. Vanover said.

He wouldn’t say how much he makes per gig, but he said the income allows him to live comfortably.

Representatives for the D.R.L. would not say how much it pays pilots. Skyecam, a Los Angeles company that provides drone filming for music videos and movies, said a day rate depends on many factors including location and drone equipment, though a typical rate for a feature film is $7,500 to $10,000. (Mr. Kim said he has made $1,500 to $2,000 for filming music videos and photo shoots.)

Drone racing now has a low barrier to entry. Even a few years ago, amateur pilots like Mr. Kim and Mr. Vanover would have to save up money to buy drones that can cost hundreds of dollars each.

Racing drones are still costly, but now pilots can train using a simulator. The D.R.L. sells one that costs $10 and can be played on an Xbox, PlayStation or a personal computer. Every year the league has an at-home global competition in which the winner gets promoted to be a professional pilot. “We have a million people using the simulator now,” said Rachel Jacobson, the president of the D.R.L. who joined two and a half years ago after overseeing global partnerships for the National Basketball Association.

As popular as drone racing has become, some pilots still feel like they are in a niche world. Mr. Kim said neither his two older sisters, ages 20 and 30, nor his friends are that interested in drone racing.

“My sisters will watch sometimes, but I don’t think they like it,” he said. “My friends have never been to a race.”

And critics point out that all the D.R.L. pilots are male. (According to the league, its fan base is around 80 percent male.)

Someone trying to change that is Ryan Lindsay Lessard, 40, a fourth-grade teacher at a public school in Buxton, Maine, who races drones in her free time. She created a women’s drone racing team, which competes in national and international races.

The team tries to mentor young girls who want to race, and Ms. Lessard has been in talks with the D.R.L. to create a women’s league.

Ms. Jacobson said the league was working on getting more women involved in the sport both as fans and pilots. “We want to showcase D.R.L. pilots of all genders racing shoulder to shoulder on the same flight deck, and we look forward to finding our first female pilot soon,” she said.

In the meantime, Ms. Lessard is trying to expose her students to drones. She believes the sport is good for more cerebral children who are not interested in traditional sports.

“It’s better than video games because you are outside, getting fresh air,” she said. “You fly against other people. It’s a social thing.”

She has her students follow the D.R.L. to get them excited about drones and technology. “They knew the names of the pilots, they had the jerseys, they watched it on television,” she said.

One of their favorite racers is Mr. Kim. “This year we are really looking forward to seeing him fly,” Ms. Lessard said, “because he is arguably the best in the world.” 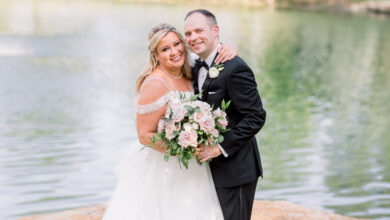 ‘Ours’ Makes Couples Counseling More Accessible. Does It Work? 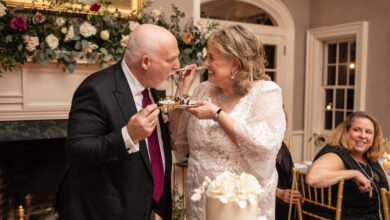 After Nearly Four Decades, a Reunion With a Camp Crush Leads to Love 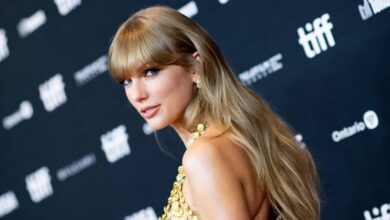 Taylor Swift Fans on the Heartbreak and Snafus to Secure Tickets