Some of the biggest jewelry houses raise their public profiles as major sponsors of film festivals, like Chopard at Cannes, Cartier in Venice, and Bulgari, which is supporting the Toronto festival for the first time in September. But what are the options for small independent jewelers that can’t afford such expensive affiliations?

Several Italian brands, including Nardi and Vhernier, have found opportunities on the red carpet at the Venice International Film Festival. The event, scheduled this year from Aug. 31 to Sept. 10, is also called Venice Mostra (in English, Show) and is part of the Venice Biennale art exhibition.

“Big brands have monopolized film festivals,” said Alberto Nardi, a third-generation member of his family’s jewelry business. “We cannot compete, so we have to play with our strengths, which are, firstly, that we are here in Venice and, secondly, that we do something original, different.”

Last year, for example, Cécile de France, a Belgian actress in the cast of “Illusions Perdues,” wore Nardi earrings to a festival photo call for the movie. The set was made of yellow gold and enamel, accented with turquoises and pink sapphires, and called Maschera (in English, Mask). Its design was inspired by rings decorated with masked faces in enamel that were popular in the 1700s in Venice.

“We get close to talents we respect and who appreciate us and genuinely enjoy wearing our jewels,” Mr. Nardi said.

The Milan-based brand Vhernier takes a similar approach. “We do not have any contracts, and we do not pay anyone. Celebrities who wear Vhernier do so simply because they like it,” Isabella Traglio, the brand’s deputy general manager, said in a video call.

The house’s sculptural pieces — such as the rose-colored Verso ear clips worn by the English-French actress Stacy Martin at the festival in 2018, and the white gold Giunco bracelet worn by the Italian actress Matilde Gioli in 2016 — reflect the orientation of the house, which was founded by a sculptor and a goldsmith in 1984.

Vhernier has had some big-screen exposure, too: Jane Fonda wore its styles in the 2018 movie “Book Club.” Usually, film producers ask jewelers to pay for such placement, but Ms. Traglio said the opportunity arose thanks to Ms. Fonda, who has often worn the brand, and there was no monetary transaction.

“We can’t and don’t play the game of big brands that usually go for big celebrities,” Ms. Traglio said. “We lean to emerging talents.”

But sometimes such emerging talents can push a brand into the spotlight.

“Brands that throw a piece of jewelry on someone will most likely never recover the investment,” Daniel Langer, chief executive of the brand development and strategy company Équité and a professor of luxury strategy at Pepperdine University in Malibu, Calif., wrote in an email. “However, if it is done smartly — if values align and enough content can be created and used on social media — then a single event is amplified into a bigger communication opportunity.”

The Milan-based brand Rubeus said that was what happened last year when the house lent its Hexagon earrings and Cabochon ring set with sapphires, emeralds and diamonds to the Italian actress Benedetta Porcaroli for the Venice festival debut of “The Catholic School.”

The buzz surrounding the controversial film, inspired by the 1975 kidnapping and murder of two young girls in Italy, attracted attention to the actress, who played a leading role, and to the jewelry on social media, as well as in Italian versions of Vogue and Elle. “Social media are taking the event closer to everyone and potential clients,” Nataliya Bondarenko, the company’s creative director, wrote in an email.

As a result, the brand said, interest was revived in its inaugural high jewelry collection, which was introduced in 2019, but had little opportunity to be highlighted during the early days of the pandemic.

Rubeus’s presence in Venice during such a prominent occasion also inspired the brand to create a set of fragrances and to continue a series of capsule collections of accessories and clothing begun in 2017 in collaboration with Tessitura Luigi Bevilacqua, a company specializing in fabrics that was founded in the 19th century in Venice.

Of course, Venice has been a muse for large luxury houses, too. Last year, for example, Dolce & Gabbana showcased its high jewelry and haute couture collections in the city.

And this year, to celebrate a philanthropic donation to restore a pulpit in St. Mark’s Basilica that was damaged by devastating floods in 2019, Pomellato is presenting a collection of rings made in porphyry, which will be available only in its Venice boutique (In 2021, the brand dressed Tiffany Haddish for the film festival’s red carpet.)

“Venice is the most magical festival, but it is logistically tough,” the London-based stylist Aimée Croysdill wrote in an email. She has dressed Laura Haddock for Venice, and also has experience with the Oscars, the Cannes Film Festival and the British Academy Film Awards, commonly known as the BAFTAs.

“Getting on and off jetties into bobbing boats means you cannot do huge heavy gowns that go on for meters,” she wrote. “That kind of opulence is usually kept for Cannes.”

Such logistical difficulties are a boon for some Italian jewelry houses, like Crivelli, that know how to cope with the city’s complexities — and have earned reputations that ensure their creations won’t be replaced at the last minute.

“Being close to Venice has allowed us to be present on the red carpet constantly, and this continuous engagement has strengthened our relationships with the talents and their entourage, who know that they can count on us,” Alessia Crivelli, marketing manager of the family business, wrote in an email. The house, known for its gold heart-shaped pendants, was founded by her father in the 1970s in the jewelry-making town of Valenza, between Milan and Turin, and has a flagship store in Milan.

For the Venice festival, Crivelli accessorized the Norwegian film director and actress Mona Fastvold in 2020 and 2021, as well as Naomi Watts and Raffey Cassidy in 2018.

The relationship between the festival and small Italian jewelry brands may seem unusual, considering Cartier’s sponsorship role, but the French house appears to be more interested in the festival’s cultural connections than its red carpet opportunities. “Our partnership with La Mostra goes beyond the red carpet,” Arnaud Carrez, Cartier’s chief marketing officer, said in a video interview. He stressed how film is an art form that is close to Cartier, and how the festival provides a culturally rich platform to entertain clients and friends of the jewelry house.

Roberto Cicutto, president of the Venice Biennale, echoed the comment in an email: “We are working together not only in terms of communication and hospitality for their guests, but also thinking about content,” referring to the Cartier Glory to the Filmmaker Award, a prize given to someone who is considered to have made a significant contribution to contemporary filmmaking. It was first awarded in 2007, but Cartier began presenting it in 2021.

It is not unusual for brands to want to associate themselves with the art of film, Luca Solca, a luxury analyst at the research firm Sanford C. Bernstein, wrote in an email: “Art is seen as a blueprint for personal luxury goods, given its universal language and its disconnect to cost.”

But Cartier undoubtedly was pleased last year when Jennifer Lopez appeared at the festival, draped in Cartier diamonds and Ben Affleck. According to an email from Alison Bringé, chief marketing officer of the media analytics company Launchmetrics, Ms. Lopez’s social media post about the visit was worth $2 million in media impact to Cartier.

Yet, Mr. Nardi expressed sadness at how marketing machines have overwhelmed the magic of cinema — and of the jewelry world. “I think it debases our products,” he said.

“I grew up listening to the stories of Elizabeth Taylor and Grace Kelly coming to Venice and buying jewelry in our store, but that world has now gone.” 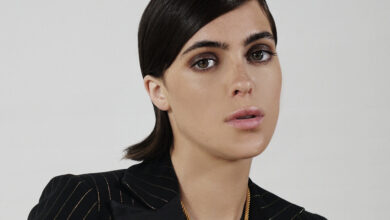 How Do I Find My Personal Style? 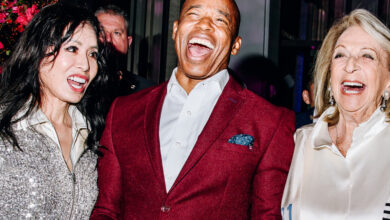