As fans of romance novels know, H.E.A. stands for “happily ever after,” a guarantee that the protagonist will find her version of happiness. And probably sex, too.

“Romance is a perfect thing to read when things are difficult,” said Ms. Guillory, 46, whose eighth novel was published on Tuesday.

“Even if something stressful is happening in the book,” she continued, “you don’t have to be anxious that someone’s going to die, or that the little puppy that you got introduced to in the first chapter is going to have something terrible happen.”

Ms. Guillory’s novels feature ambitious Black women as they chase success while navigating romantic complications. In Ms. Guillory’s new book, “Drunk on Love,” Margot Noble, who runs a winery in Napa Valley, fights her feelings for Luke Williams, who has left a lucrative Silicon Valley job before he becomes her employee at the winery.

Some of the dialogue reflects the author’s experiences, Ms. Guillory said. When Margot is training employees to lead tours of the winery, for instance, she cautions them to anticipate certain frequently asked questions from visitors, including “‘So, you guys are … Black, and you own a winery?’” And when Luke tells Margot why he stopped working at a tech company, he says, “Mostly, I was tired of being one of the only Black people in the whole place.”

“I know these conversations would happen,” Ms. Guillory said, “because I’ve had enough of those conversations myself, working at a law firm and in plenty of other situations. When you’re one of a handful of Black people, these are the small moments that you have.”

While growing up in California, she thought her own H.E.A. meant a career in law. “If you knew Jasmine, you knew she was going to become a lawyer,” said Nicole Clouse, a longtime friend from their days as students at Wellesley College. After graduating from Stanford University Law School, Ms. Guillory clerked for a federal judge and worked in a high-paying job at big law firm before moving on to legal aid and nonprofit work. Still, something was missing.

She decided to try writing. Some hopeful authors might have started with a blog. Not our heroine, who dove into writing a young adult novel in her spare time. It didn’t attract publishing industry interest. But she kept writing.

In 2013, while dealing with health issues, she binged on historical romance novels, including Julia Quinn’s “Bridgerton” series. Ms. Guillory said she worried that, as a former history major, she would get bogged down in research if she tried to such a book herself. When she began to read contemporary romances, including “A Bollywood Affair” by Sonali Dev, she saw her future, she said.

She joined an online writers’ challenge that prompts fledgling novelists to commit to writing 50,000 words in one month. In April 2015, working from an idea she had sketched out in the Notes app of her phone, she said she spent every spare moment getting words on the page. “I looked forward every day to coming home from work and sitting on the couch and writing,” she said. She hit the 50,000 mark, then kept going.

By June she had a draft of “The Wedding Date,” a flirty, funny novel about a romance between a Black woman who is the chief of staff to the mayor of Berkeley, Calif., and the white male pediatric surgeon whom she meets while stuck in an elevator during a power outage.

After revising the manuscript and sending it out over the next year, she signed with a literary agent, who encouraged her to come up with a second novel. In 2017, Ms. Guillory signed a two-book deal with Penguin Random House.

In 2018, the publisher released “The Wedding Date.” The book got glowing reviews, and later that year, Ms. Guillory’s second novel, “The Proposal” — about a writer in Los Angeles who refuses a Dodgers Stadium Jumbotron proposal from her boyfriend — spent five weeks on the New York Times best-seller list. In 2019, Ms. Guillory left her day job for good.

“I didn’t quit my legal job until I knew that I could support myself with writing,” she said.

The transition surprised people who knew her, including her mother, Donna Guillory, a psychotherapist, who said she was glad her daughter made the change. “When she was practicing law,” Donna said, “she didn’t have the spark in her eyes. But when she talks about her books, she absolutely does.”

More books followed, including “Party of Two,” about the relationship between a Black female lawyer and a white male U.S. senator, and “By the Book,” a reimagining of “Beauty and the Beast” set in the world of publishing, which came out this year from a Disney book imprint, Hyperion Avenue.

When Ms. Guillory emerged, she joined a tradition of Black women who have succeeded in the romance genre, including Beverly Jenkins and Farrah Rochon. Her books also bear the influence of Terry McMillan.

“It’s not that Jasmine was the first person to show Black women as desired by partners, beloved by their friends and successful in their careers,” said Hannah Oliver Depp, the owner of Loyalty Bookstores, a bookseller with stores in Washington, D.C., and Maryland. “But she was the first who the publishing industry really got behind as a romance novelist and as a crossover author, and she and her work were able to meet the moment.”

Ms. Oliver Depp added that the brisk sales of Ms. Guillory’s novels — whose covers are free of the clichéd heaving-bosom look — helped to prove that there is a large audience for romance novels centered on Black women.

“It’s always been malarkey that books by and about Black women and Black love would not sell in a breakthrough, crossover market,” Ms. Oliver Depp said. “Jasmine and her sales numbers provided a concrete example that was so undeniable.”

Ms. Guillory’s fans include Reese Witherspoon, who made “The Proposal” a selection for her book club. The author has also signed with Ms. Witherspoon’s production company, Hello Sunshine, to develop a series for Hulu based on a mash-up of her books’ characters and story lines.

Roxane Gay, the author of “Bad Feminist” and a frequent contributor to The New York Times, said she appreciated how Ms. Guillory “makes Black women desirable and also shows the diversity of Black women, with different careers and different lifestyles and different family origin stories.” In her books, she presents “an idealized version of the world that doesn’t ignore real issues,” Ms. Gay said.

“We need that sometimes,” she said.

Ms. Guillory, who grew up in Berkeley and lives in Oakland, said she wrote her latest book by hand, in three spiral notebooks, after spending part of the pandemic’s lockdown period at a friend’s place in California wine country.

In keeping with genre conventions, “Drunk on Love” includes sex on the way to H.E.A.: “But after that kiss,” Ms. Guillory writes in an early chapter, “after the way he’d touched her, after the way she’d touched him, she couldn’t stop looking at him — at those broad shoulders, long legs, firm chest. When they were at the bar, she’d noticed a little hair peeking out from under his shirt. She wanted to see more.”

Like Ms. Guillory’s previous novels, “Drunk on Love” is filled with depictions of female friendship and professional yearning. There are also plenty of asides that may elicit nods of LOL agreement from readers. As Margot considers her attraction to Luke, she tells a friend all the reasons she doesn’t like-like him: “He’s probably a jerk to waiters, or a troll to women online, or tells women he likes them better without makeup.”

Readers concerned about inappropriate workplace conduct on the part of the protagonist, who is Luke’s boss, are reminded that she is the creation of someone who studied employment law at Stanford. Ms. Guillory’s characters often seek affirmative consent before any clinches.

On the spectrum of sex scenes in romance novels, Ms. Guillory’s are “sweet,” said Leah Koch, an owner of the Ripped Bodice, a romance book store in Culver City, Calf. “People feel comfortable giving them to their grandmother,” Ms. Koch said.

Ms. Guillory outlines the plots of her books before she writes, but the dialogue often comes to her midstream. She said that she doesn’t go out of her way to accommodate readers who may not share her characters’ experiences.

“When I write, I don’t want to have to stop and explain, ‘This is why she’s doing this to her hair,’” she said. “I know Black people reading will understand, and that’s who I’m writing for.”

“I’m really excited that so many other people have read my books,” she continued. “But I think there’s so many things that we read and understand by context and that’s how we learn. It has always been my goal to not pander.” 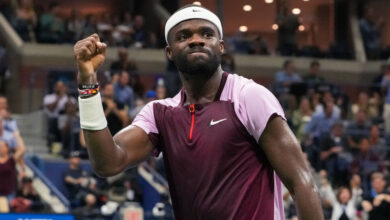 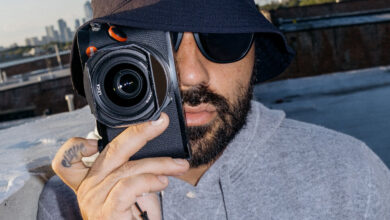 A Photographer Who Tours with Beyoncé and Lewis Hamilton 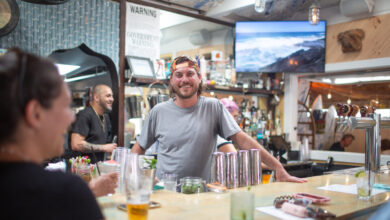 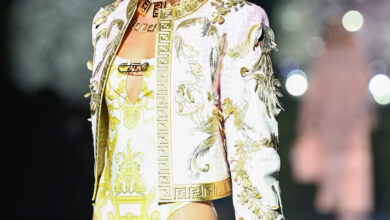 Should I Try to Hide My Large Bandage at Work?