Times Insider explains who we are and what we do and delivers behind-the-scenes insights into how our journalism comes together.

Daniel Jones, the senior editor of The New York Times’s Modern Love column, remembers when, a dozen years ago, it was just him selecting stories from a stack of nearly a thousand monthly submissions and editing each one for the essay series. “It was kind of lonely,” he said.

This week, he has plenty of company. He is in Japan to attend the premiere of the television series “Modern Love Tokyo,” the latest installment in Amazon’s global “Modern Love” franchise. The seven-episode show will begin streaming on Amazon Prime Video on Oct. 21. The episodes are set in Tokyo, feature the work of actors, of directors and of a creative team from Japan, and are based on essays published in the column that were reimagined to make them more familiar to Japanese audiences. (In a “Modern Love” first, one of the episodes will be animated.)

“I love that the process includes all these other talented people who are interpreting stories and amplifying emotions, putting in music,” Mr. Jones said in an interview last week. “It’s just exploded the job into a whole new realm.”

Since the original “Modern Love” show was released on Amazon in October 2019, three international spinoffs have debuted in three languages: “Modern Love Mumbai,” in Hindi; “Modern Love Hyderabad,” in Telugu; and the Tokyo series, in Japanese. A fourth series, “Modern Love Chennai,” in Tamil, is forthcoming, and a fifth, “Modern Love Amsterdam,” offered in Dutch, is set to be released in mid-December.

Mr. Jones reflected on the television franchise’s expansion abroad, on the process of adapting American stories for each series and on the longevity of the Modern Love column. Read the edited interview below.

When did the idea to create international versions of the show come about?

The original series, set in New York City, came out in 2019, and pretty soon after that, we started talking about other cities around the world where we might be able to do versions of it. Of course, then the pandemic hit, which made everything harder and a little delayed. And so the international versions we began talking about several years ago are just now coming out.

What is your role on the series?

I’m a co-producer on all the international versions. I see the episodes as they’re being edited; I read the scripts. I try to maintain a sense of what Modern Love is and has been for more than 18 years now, meaning realistic love stories, not sweeping romances. No overt sex or Bollywood plots or anything that would push the boundaries and make it seem outside what the column does. But the people working on this at Amazon Studios know this and get it. In fact, that’s what they value most about these series and what makes the work distinctive in these markets. We’re all on the same page.

Also, the Modern Love archive is enormous — it’s 900-some essays at this point. While the teams in different countries who are picking content completely reimagine the stories for their audiences, the shows’ creators often stick close to the plot, so I’m helpful to them if they want a certain kind of story; I know the archive better than anyone. But I’ve been so impressed with the local teams’ approach and research and passion for this project.

How does the process of adapting an American story for an audience in another country work?

For one of the Mumbai episodes, the creative team in Mumbai took an essay about a woman in Brooklyn who had separated from her husband and who was feeling down in every way — she was in bad physical shape, emotionally wrung out. And she now needed to get herself to work by bicycle.

She started riding across the Manhattan Bridge, but she didn’t have the stamina to go all the way up, so the story was about the empowerment — both physical and emotional — of building herself back up. It was a very New York story, but when they took it to Mumbai, they made her character a domestic servant in a wealthy family, highlighting the class divide there. There’s a bridge in Mumbai, called the Flyway, that goes from a gritty area to the gleaming city center, and it was the same basic process of her building herself back up. It speaks to the universality of these conflicts — you can get a divorce in Mumbai, and you can get a divorce in Brooklyn. The emotions and struggle and all that can be so similar.

All of the versions of the show are available to stream on Amazon Prime in the United States, right?

Yes. Now, with the success of series like “Squid Game,” it’s become clear that subtitles are not a barrier. I hope people check out the versions set in the other cities, too.

What’s been the most exciting part of working on the international versions?

When these teams discover stories that I’d long forgotten about in the archive, and then reintroduce me to them in a new way. It’s great to have other people look at the archive with fresh eyes, find such gems and see how to reimagine them for the screen.

What’s next for the “Modern Love” television franchise?

Our fifth international series, “Modern Love Amsterdam,” premieres in mid-December. Beyond that, stay tuned, because we have ambitions for all over the world. 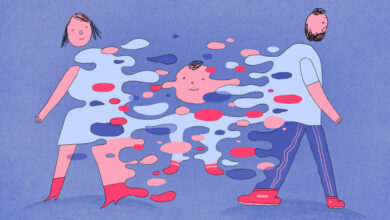 Falling for Your Sperm Donor 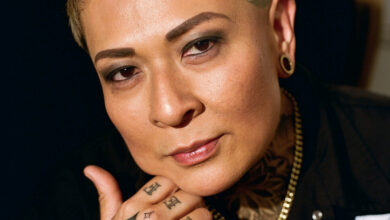 The Public Life of the Kardashians’ Private Chef 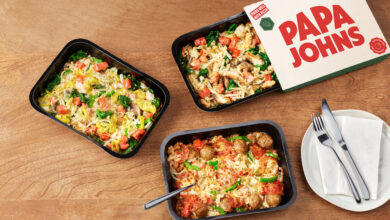 Our Obsession With Bowl Meals Is Evolving 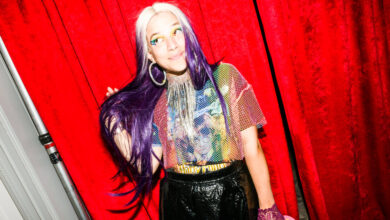 Where’s the Next Party? – The New York Times