At midnight last Friday, hopeful entrants to the Jane Ballroom waited behind the velvet rope, shivering and patient. The queue snaked down Jane Street, as revelers lined up to celebrate the nightclub’s final evening open to the public.

The ballroom, inside the Jane Hotel in the West Village, was packed to its 275-person capacity. The crowd was a mix of former staff — party bookers, D.J.s, bartenders — going back to its 2009 opening, along with 20-somethings and college students looking for a drink and a banquette to climb.

For years, the ballroom was embraced for its celebrity crowd, plush velvet couches, tryst-concealing potted palms and the feeling you had just walked into an eccentric relative’s empty mansion. The venue, which includes a rooftop bar, is closing to the public in anticipation of the building’s imminent sale to the hotelier Jeff Klein.

It was a destination for young celebrities like Lindsay Lohan, Kirsten Dunst and Mary-Kate Olsen and a venue for fashion shows — Cynthia Rowley in 2009 — and the after parties, including Thakoon in 2010 and Rodarte in 2016.

The building is being taken over by Mr. Klein, the hotelier behind the Sunset Tower Hotel in West Hollywood, Calif. At a time when a spate of private clubs have opened across Manhattan, Mr. Klein plans to turn the ballroom and other spaces that aren’t guest rooms into a members-only club, SVB New York City. It will be modeled after his San Vicente Bungalows in West Hollywood.

The hotel itself, which features communal bathrooms and cabinlike rooms originally built for sailors, will still be available to the public. Membership dues in New York will be $150 per month for those under 35 and $350 for those over. An opening date has not been announced.

“New York is a city that changes fast,” Mr. Kliegman said. “You have to be ready to evolve or change, and the winds of change are upon us.”

With its magisterial perch overlooking the Hudson River, the building provides a close-range reading of the neighborhood’s progress through the past century.

In 1908, the American Seamen’s Friends Society, a charitable religious organization devoted to the moral well-being of sailors, opened the building as an alternative to the seedy hotels and boardinghouses in the neighborhood to serve men from the many ocean liners that docked just north of Jane Street.

Most notably, in 1912 the society provided food, clothing and a prayer service to surviving crew members of the Titanic. It was at various points a Y.M.C.A. and by the 1950s it was the Jane West Hotel. RuPaul Charles, the performer and television host, lived in the tower’s penthouse in the 1980s.

In 1998, the cult rock musical “Hedwig and the Angry Inch” premiered in what was then the Hotel Riverview and in 2001, the Jonathan Larson musical “Tick, Tick … Boom!” also premiered there.

The hotel’s colorful past was attractive to developers. “It looked like the house that Wes Anderson used for ‘The Royal Tenenbaums,’” said Sean MacPherson, the hotelier and restaurateur, who, along with the owners Eric Goode, Ira Drukier, and Richard Born, took over the hotel in 2008.

“I tried to develop it like it was this odd, New York house,” Mr. MacPherson said. He transformed the space from the Hotel Riverview, a flophouse with bulletproof glass in the lobby and exteriors painted in battleship gray, into the Jane Hotel. He designed the interiors, including the ballroom, himself.

Once the hotel was up and running, he enlisted the nightlife producers Mr. Quirarte and Mr. Kliegman, who were hosting parties downtown at the time. The pair had also just opened a restaurant, the Smile, on Bond Street.

With the ballroom, Mr. MacPherson wanted to strike a charmingly offbeat note. Mr. Quirarte and Mr. Kliegman, hardly the imperious nightlife arbiters in the mode of Studio 54’s Steve Rubell or the downtown queen bee Amy Sacco, were more party mensch than party monster, which suited the laid-back atmosphere of the ballroom.

Women’s Wear Daily called them the “nice guys of nightlife,” though the egalitarian ethos did not stop the ballroom door from being touted as one of the toughest in town.

“The big models-and-bottles scene, we were never good at that. It wasn’t our thing. We didn’t know that crowd,” Mr. Quirarte said. “Our friends were artists and creatives. Jocks, nerds, artists. Just everyone.”

This “Breakfast Club” ideal of nightlife clicked. “It was downtown New York’s living room,” said James Cruickshank, a former director of nightlife at the ballroom. “It’s not often you can call a nightclub ‘cozy.’”

After the ballroom opened in June 2009, things took off immediately. “It started off with a bang,” Mr. Quirarte said.

‘An Olsen Here, an Olsen There’

The musician and producer Mark Ronson D.J.ed at the Jane, as did Thom Yorke, of Radiohead — always unannounced. P.J. Monte, who was a D.J. at the Jane off and on for a decade, remembered Julia Fox, Paloma Elsesser and Richie Shazam in the crowd and “an Olsen here, an Olsen there.”

The bang Mr. Quirarte felt ricocheted into the street. Before long, the neighbors banded together to complain about noise and disruptions on the block caused by revelers. One enterprising neighbor, Anthony Locane, wrote a tongue-in-cheek message to the Olsen twins that ran in The New York Post.

“Dear Mary-Kate and Ashley,” it read. “I thought I should write you both on behalf of all the small children here in the neighborhood who have not been sleeping since the club opened. They thank you for allowing them to stay up past their bedtime.”

The news media attention and efforts of neighbors led to a seven-month shutdown of the ballroom.

(Reached for comment about the news the ballroom would be closing, Mr. Locane said: “There is no love lost. Not at all!” He had since moved to the Upper East Side.)

The club reopened in the spring of 2010, and it picked right back up. Angelo Bianchi, a former doorman at the Beatrice Inn, was brought on and moved the door inside to cut down on street noise.

“What made the Jane so special was that it was so open to younger people, to people doing interesting things,” Mr. Bianchi said. “It was a euphoric atmosphere.”

The author Cat Marnell recalled standing atop the steps of the Jane Hotel, smoking a Parliament cigarette on a May evening in 2011 when Courtney Love, her idol, came pouring out of a black town car, in a champagne-colored gown.

Ms. Marnell and Ms. Love were both at the hotel to celebrate the start of the website XOJane.com, where Ms. Marnell was the beauty editor.

“It was the most amazing night,” she said of observing the musician Michael Stipe; Jane Pratt, the editor and radio host; and Ms. Love chat in front of the fireplace in the hotel’s spacious ballroom. Ms. Love, she said, tossed cigarettes into the flames.

“I’ll miss it, but it had its run,” said Ms. Marnell. She included the scene with Ms. Love in her 2017 memoir, “How to Murder Your Life,” and plans to include a scene from her 30th birthday, held at the Jane Ballroom in 2012, in her forthcoming “chick-lit noir” novel.

The homey and generally permissive atmosphere that Mr. Quirarte and Mr. Kliegman hoped to create came at a price.

Once, a guest managed to walk off with a life-size stuffed peacock hidden under a pile of coats. A disco ball that hung in the center of the ballroom was whispered to be from Studio 54.

“We didn’t stop that rumor,” Mr. Quirarte said. The truth is that the ball came from Mr. MacPherson’s home in Los Angeles at the time, he said.

Mr. Quirarte remembers Snoop Dogg and Woody Harrelson as memorable patrons. Former Gov. Eliot Spitzer, who resigned from office in 2008 after it was discovered he was linked to a prostitution ring, was at the ballroom a few times over the years.

“I thought, ‘He should be at home, what’s he doing here?’” Mr. Quirarte said. “I guess he didn’t care anymore.”

Guests recalled fondly the liberty of a pre-Instagram world in the early years of the ballroom.

“Going out was really about going out,” said Yale Breslin, a creative producer who was a regular at the ballroom in its early years. “You weren’t worried about the picture, the caption, the filter, who was going to see it, what time you were going to post it.”

A Last Jump on the Couch

Recently the ballroom mined its theatrical past, with evenings of live events and readings. The performer Annie Hamilton did a residency earlier this year that consisted of two shows of her retelling candid anecdotes and intimate misadventures. She recently returned to the Jane as part of the New York Comedy Festival. “I liked performing there because you could just be on the floor, like in a living room, talking to people,” she said.

She used to come to the Jane in her late teens while in college and has mixed feelings about its new chapter. “I’m sad to see it go, but I love the San Vicente Bungalows,” she said.

Outside on Friday, there was a similar mix of feelings. “It’s the end of an era,” said Niambi Moore, a stylist. “I’m a little sad, but I’m ready to turn up one last time, jump on the couches one last time,” she added.

Dean Holmes, an economics major at Columbia University, said, “It was a fun place. One of the spots with good music.” As for the ballroom becoming a private club? “I’m not opposed,” he said. “I like those kinds of places.”

Mr. MacPherson said he and the other owners had not put the property on the market. “The hotel wasn’t for sale, but Jeff approached us and we made a deal,” he said. The sale is expected to be completed within the next month.

Mr. Kliegman and Mr. Quirarte, who recently opened Pebble Bar near Rockefeller Center, are now working on a renovation of the Smile restaurant in NoHo, in addition to running the Georgia Room and Bar Calico inside the Freehand Hotel. Mr. MacPherson’s latest project is a renovation of the Chelsea Hotel.

Back inside the ballroom around 1 a.m., “Unholy” by Sam Smith and Kim Petras thrummed on the speakers as patrons made good on the room’s legacy of table dancing one last time.

Scraps of light reflected from the disco ball and bounced off the room’s crown moldings. Beneath the chipped cornice, the breadth of history was wide — from Titanic survivors, who gathered in prayer, to partygoers, who danced in praise of a place they were going to miss.

“It’s a building that has history you can’t fake,” Mr. Kliegman said.

Danielle Deadwyler Is the Beating Heart of ‘Till’ 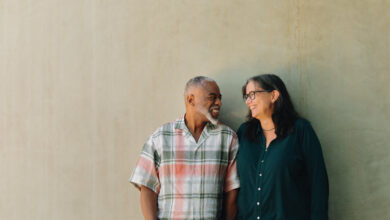 How LeVar Burton (and Others) Helped Us Get Through the Pandemic 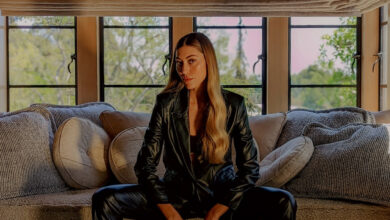 Is Sarah Staudinger the New Queen of Los Angeles?