Then President Joseph R. Biden Jr. took office — but before a ceremony could be scheduled, Covid-19 arrived. So the finished portrait, which Ms. Sprung had painted over nine months, after two White House visits with Mrs. Obama, has spent most of the last six years hidden in her Brooklyn art studio.

“Yeah, it was infuriating,” Ms. Sprung, 69, said about the delay, speaking in a phone interview from Brooklyn in August, “but there’s not much I could do about it.”

On Wednesday, President Biden and the first lady, Jill Biden, unveiled the painting at the White House, alongside a portrait of former President Barack Obama by Robert McCurdy.

It wasn’t Ms. Sprung’s first Washington unveiling, though. In 2004, the House of Representatives commissioned her to paint Jeannette Rankin, a suffrage advocate and the first woman elected to Congress, in 1917 and again in 1940. Earlier this year, Nancy Pelosi unveiled Ms. Sprung’s portrait of Patsy Takemoto Mink, Congress’s first woman of color, who was elected in 1964.

Ms. Rankin, pictured against the patterned stone floor of a congressional hallway, looks solemn as she holds up a newspaper report of her swearing-in; one of her earliest votes was against American entry into World War I. Ms. Mink, a Japanese American from Hawaii, is cheerful but busy, painted in profile against a turquoise background of abstracted flowers.

According to Ms. Sprung, the similarity of this floral background to the background of Kehinde Wiley’s portrait of President Obama, who also grew up in Hawaii, was unintentional.

Also unlike Mr. Wiley or Ms. Sherald, both figurative artists with conceptual aims, Ms. Sprung is closer to a realist of the old school. Her portraits combine uncannily lifelike details with just enough painterly effect to make it impossible to forget that you’re looking at oil.

Appearing in an off-the-shoulder turquoise gown against a warm pink wall, Mrs. Obama looks intent but alluring and unmistakably herself.

If the Wiley and Sherald portraits were reminders of everything that’s changed since the National Portrait Gallery opened to the public in 1968, Ms. Sprung’s painting is a reminder that oil paint remains the best technology for really looking at someone.

“She’s trying to capture you and your whole essence, and that humanity comes through,” says Michael Hall, executive and artistic director of the Art Students League of New York, where Ms. Sprung teaches.

Of course, all four presidential portraits are equally distinct from the millions of digital images that exist of the Obamas. “We’re using an old tradition,” says Stewart McLaurin, president of the White House Historical Association, “to take a snapshot of how they see themselves.”

“Anything that has a figure in it, I can identify with,” Ms. Sprung said. “I just have great respect for traditional painting and having somebody look the way they look. That’s what’s in it for me — the crinkle of an eye, the little noise of a lip. That’s what holds my interest.”

Asked why she was chosen, Ms. Sprung replied, “I didn’t ask! I didn’t want to put any shred of doubt in their mind that they picked the right person.”

Her work offers a compromise between the Obamas’ desire to innovate and the imperative to respect the White House aesthetic. As old-fashioned as Ms. Sprung’s paintings may look next to a Wiley or a Sherald, Ms. Sprung said, people in the commissioned portraiture world tend to find her own flat colors and use of pattern “too contemporary.”

But the decision to choose her might also have had something to do with her interview with the Obamas and Thelma Golden, director and chief curator of the Studio Museum in Harlem. Ms. Golden asked a question that Ms. Sprung said no one had ever asked her before: “Why do you paint?”

“I was quiet for a few seconds,” Ms. Sprung said, “and my eyes started filling up with tears, and I just started speaking from the heart.”

“I said that my father had died when I was 6, and all the photographs were destroyed. So I had nothing of him that was left, and remembering his face, and other people’s faces, was so embedded in my being, that that’s why I’m a portrait painter.”

Growing up in Glen Cove, N.Y., Ms. Sprung started commuting to Saturday classes at the Art Students League as a teenager. After a year at Cornell University in Ithaca, N.Y., where she found the art scene unfocused, she dropped out, moved to the city, and returned to the League, becoming an instructor there in 2004.

In 1980, she and her husband, William Astwood, a psychotherapist, moved into a Brooklyn live/work space on Atlantic Avenue, where the buildings are low and the light is good. “I painted things that were meaningful to me, mostly women, vulnerability, sensuality, color. People not in the mainstream.”

Some women were young mothers she met in the neighborhood; others were hired models. Portrait commissions started around 2007, when “people would see my paintings and say, those are beautiful, could you do me?”

Ms. Sprung makes it a point to get to know her subjects over lunch or a video conference before spending two or three sessions “photographing, talking, looking.”

Ms. Sprung posed Mrs. Obama, moving White House furniture around, and consulted with her about skin tone, using a piece of canvas board on which she’d painted various possibilities.

She found Mrs. Obama to be very elegant, very “present and contained.” Given access to childhood photographs, Ms. Sprung found a shot of Mrs. Obama practicing ballet around age 11 or 12 and noticed the same poise and quiet determination she exemplifies as an adult.

When it was suggested, though, that it must have been unusually rewarding to paint someone like that, Ms. Sprung demurred.

“Almost everyone’s like that, you find,” she said, “when you start painting them. You fall in love with them. And then they fall out of your life.” 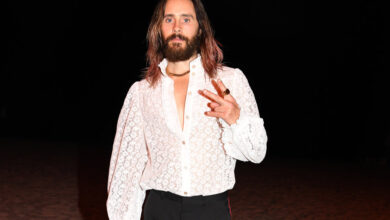 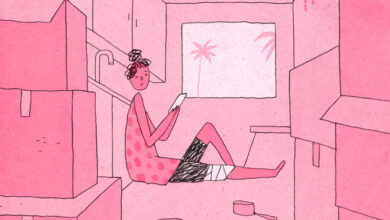 I Broke My Knee, Which Fractured My Marriage 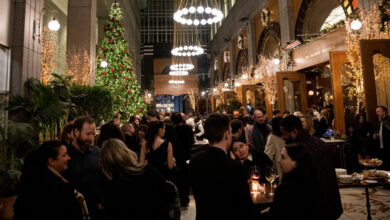