The death of the photographer Roxanne Lowit on Sept. 13 caught many people in the fashion world by surprise. Maybe because the shows and parties haven’t been in full swing the last three years, but in all likelihood, it was more because the once ubiquitous Ms. Lowit — who was 80 years old at the time of her death from a fatal stroke — had been missing in action for some time.

Technically, Ms. Lowit photographed parties for a living, yet she was never really a party photographer. Nor could she appropriately be described as having been part of the paparazzi, a job that typically involves standing outside the events that separate the world from the world’s most glamorous people. She was an insider and an accomplice in the art of myth-making.

“The sizzle of New York, that was her magic,” said Simon Doonan, the former creative director of Barneys. “She could take society, she could take drag bars, she could take anything and give it this incredible sense of play and fun and New York glamour without it ever being corny. It always had an edge.”

Ms. Lowit didn’t hide from those who asked if she was unwell. For the past seven years, she had been suffering the debilitating effects of Parkinson’s disease, a particularly nasty illness for a person whose livelihood and way of processing the world was entirely dependent on the steadiness of her hands.

But she didn’t broadcast it either, said her friend, the photographer Jesse Frohman, “She was too optimistic for that.”

One of Ms. Lowit’s best known photographs, from 1990, featured Christy Turlington, Linda Evangelista and Naomi Campbell, sipping champagne in the bathtub of the Windsor Suite of the Ritz Hotel in Paris, decked out in black Versace, right after its couture show.

“Versace hosted an after-party party in the suite that sometimes spilled into the garden,” Ms. Turlington said this week. “This was a pretty routine activity, but for some reason, we all found ourselves on this occasion in a big bathroom in the suite, with Roxanne in pursuit of ‘the shot.’ She got us to sit in the empty bathtub and we of course obliged and completely milked the scene. When I hear lyrics in songs about ‘partying like a supermodel,’ this is the image that comes to mind. What more does one need for their imagination to go wild than a tub full of ‘supermodels’ with glasses of champagne, dressed in Versace? Roxanne understood that better than anyone else in our presence.”

What enabled Ms. Lowit to get cooperation from her subjects was that they knew she could be trusted to make them look good.

Ron Galella, the photographer who famously trailed Jacqueline Kennedy Onassis, obtained his best pictures through the art of the surprise attack. Ms. Lowit got hers by soothsaying, and taking a picture, the designer Tom Ford said, that was “usually candid and not posed” but that somehow made everyone look great. “She did what she did in a way that did not intrude,” he said.

“You always felt comfortable when she was around,” said Blaine Trump, who was once married to the younger brother of former president Donald Trump. “You knew she wasn’t going to photograph you in the middle of dinner with the fork in your mouth.”

“She had a real insight and connection, a real special something as an arbiter of what was going on socially and culturally, and she translated that into beautiful pictures,” said the performer Sandra Bernhard. “I wouldn’t say I hung out with Roxanne, but I always felt a connection to her.”

And it helped that in the 1970s and 1980s, Ms. Lowit seemed to be everywhere. “If there was a party that was incredible and that I found my way to, Roxanne was there,” said the designer Marc Jacobs.

Like many New Yorkers who are well known without being superstars, Ms. Lowit’s career happened neither by accident nor by master plan.

She grew up largely in the Bronx, on Britton Street.

Her mother, Rebecca Lowit, was a Juilliard-trained pianist who wound up teaching. Her father, Lester Lowit, had many jobs and no obvious career path.

Born in Latvia, Mr. Lowit traveled via banana boat to Cuba during the 1920s, and worked there as a bellman in a fancy hotel with a casino. In 1929, he emigrated to the United States, where he became a “furrier and a courier,” according to Vanessa Contessa Salle, Ms. Lowit’s daughter.

During the Depression, Mr. Lowit went to work at a drugstore. After that, he drove a taxi. “He was a jack of all trades,” Ms. Salle said.

When Ms. Lowit was 15, the family moved to Babylon, but it wasn’t for her, according to her daughter.

Following high school, Ms. Lowit returned to the city and enrolled at the Fashion Institute of Technology, where, in 1963, she received a degree in textile design. She began working on collections for Anne Klein, Scott Barry and Clovis Ruffin, whose house on Fire Island she was staying at in the summer of 1975, when she met John Granito, who became her life partner.

He was staying across the way with Halston’s decorator, Angelo Donghia. “I was his contractor,” Mr. Granito said this week in an interview.

Mr. Granito and Ms. Lowit, newly single following her divorce from the artist Jacques Salle, dated for a short time, then moved in together to a second floor loft on Bethune Street, in the West Village.

It was likely one of Ms. Lowit’s former classmates from FIT — the fashion illustrator Antonio Lopez — who gifted her with a 110 Instamatic camera, Mr. Granito said. She began using it at fashion shows to capture the clothes she had helped design.

Soon, she was taking her camera everywhere people dressed up: society galas, SoHo restaurant openings and, especially, nightclubs like Studio 54, Footsteps and Infinity.

In 1977, the editor Annie Flanders hired Ms. Lowit to shoot fashion week for the Soho News, a small paper with a large footprint. By the mid-1980s, Ms. Lowit was photographing the couture shows for Vogue and Vanity Fair.

Part of how Ms. Lowit was granted such great access in her early days was that there simply were fewer photographers clamoring to get inside the city’s most exclusive rooms. Also, there were fewer publicists roaming around to stage interventions when photographers approached.

This included the Met Gala in 1980, which was one of the many places Ms. Lowit photographed Fran Lebowitz.

That evening, Ms. Lebowitz wore a black tuxedo and posed alongside the model and jewelry designer Tina Chow.

“There was no red carpet, OK? There were no thousands of people standing outside. I don’t think people even knew about it,” Ms. Lebowitz said in an interview. (Moments after Ms. Lowit got that image, word arrived that John Lennon had been shot. “Tina came over to tell me and I thought she said John Leonard. John Leonard was the daily book critic for The New York Times. I said, ‘Who would shoot John Leonard?’” Ms. Lebowitz said, also pointing out that back then, the event wasn’t even called the Met Gala.)

Occasionally, Ms. Lowit’s work drew comparisons to that of Bill Cunningham, The New York Times photographer, who was another one of her close friends. But those never made much sense to Ms. Lebowitz.

Mr. Jacobs is unsure of when he first met Ms. Lowit.

Probably, it was after people moved on from Studio 54 — around the time of Xenon, the Mudd Club or Area. “My memory is a little foggy,” he said last week.

Even his roommate at the time — the jewelry designer Richard Serbin, with whom Mr. Jacobs lived in a $350 a month two-bedroom apartment on West 14th St. — couldn’t say for certain.

“I was too stoned to remember any of it,” said Mr. Serbin. “I looked marvelous though.”

Ms. Lowit took a shine to both of them. And when Mr. Jacobs became a famous designer, she was the sole photographer buzzing around the back of the house, documenting the chaotic scene.

“When I said no to photographers backstage she was still there,” Mr. Jacobs said. “She was the one exception. ‘No one allowed’ did not include Roxanne.”

That became the standard operating procedure at Chanel, Yves Saint Laurent, back when he was still the designer of his own house, and Dior, while John Galliano was the designer.

In 1995, Thames & Hudson published a coffee-table book of Ms. Lowit’s backstage photographs of Mr. Saint Laurent. (In 2009, Ms. Lowit completed a similar book of her work at Mr. Galliano’s shows.)

Given that Ms. Lowit had become more interested, as Ms. Lebowitz said, in people than clothes — it seemed strange that she continued to spend so much time photographing fashion shows.

But the world had changed. Especially New York.

“Because of the AIDS crisis so many of the top people died,” Ms. Lowit told WWD in 1990. “The scene is now incomplete. They were the young ones like Keith Haring. And the third-rate people will take their place.”

In 1992, Assouline released “Moments” a monograph of Ms. Lowit’s photographs, most of them taken at places other than the shows.

Ms. Lowit dedicated it to her younger brother, Bennett Lowit, who died from complications of AIDS in 1987.

Around 2002, Ms. Lowit was diagnosed with Parkinson’s disease, said Mr. Granito. Yet she remained asymptomatic until about 2015. After that, she faded from public view.

In early 2022, Mr. Jacobs called to ask if she would photograph his wedding to Char Defrancesco. “She said, ‘I’m flattered and honored and congratulations, but I’m in no condition to shoot. I just can’t,’” Mr. Jacobs said. “That’s when I realized how severe her health issues were.”

Yet, she worked on her archive until the morning of Sept. 7, when she had a massive stroke.

“I was her caregiver for seven years and I will tell you there wasn’t one second that Roxanne complained about her condition,” said Mr. Granito. “She continued to work. People were still requesting photographs and she was still editing. Right until the end.” 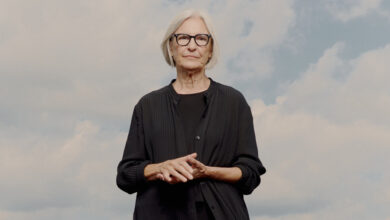 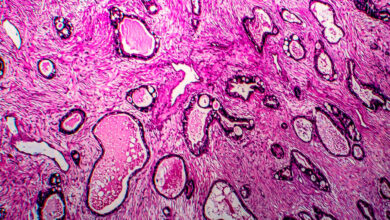