The first words Gabrielle Elizabeth Garcia encountered from Joel Cullen Walkowski were: “Let’s not get to know each other better.”

They weren’t directed at her, however.

This was actually the headline for an essay Mr. Walkowski had written about the conundrum of love and dating that was published on June 8, 2008 in The New York Times’s Modern Love column; he was a runner-up in a college essay contest sponsored by the column.

“We might dally in the land of easy sex and stilted text-message flirtation, but deep down we crave the warm embrace of all-consuming love,” he wrote.

Ms. Garcia, 28, didn’t read the essay until March 2016, when it was required for a psychology class she was taking while she was a senior at N.Y.U. “I loved it and wrote most of my paper on this piece and ended up searching the author’s name on Google to find more of his work to cite,” she said. “His Facebook page popped up instead.”

So, she contacted Mr. Walkowski, 36, via Facebook, explaining how she came across his essay and telling him how much she enjoyed it. “It’s great and uplifting in the oddest sense,” she wrote.

Mr. Walkowski replied later that day. “Thank you so much, Gabi,” he said. “I can’t believe that thing is still getting passed around, but I’m glad you enjoyed it. I just got dumped so I should probably go back and reread it myself.”

Over the next six weeks, the two continued to message each other on Facebook. In May, they met for dinner at Westville East, a restaurant in Manhattan’s East Village, though neither described it as a first date.

“We talked regularly, but we didn’t see one another again until August 2016,” Ms. Garcia said, having spent the summer in Los Angeles when they went on what they consider their official first date. “He took me on a hot dog tour of Brooklyn and harassed baseball players for balls at a Staten Island Yankees game.”

Mr. Walkowski said he knew then that their relationship “could be something really impactful. We kissed by the First Avenue L train subway station before parting ways for the evening.”

A year and a half later, they both were certain about a future together. “I remember looking at him and saying, ‘This feels like a pretty good life. I think this is what I want life to feel like,’” she said.

Ms. Garcia, who is from Santa Clarita, Calif., is the head of applicant relations at the affordable housing agency Reside New York. She has a bachelor’s degree in musical theater from N.Y.U.

Mr. Walkowski, a Dearborn, Mich., native, has a bachelor’s degree in cinema and television production from the University of Southern California and an M.B.A. from the University of Michigan. He was a stand-up comedian for 10 years and now works remotely as a media insights and analytics analyst at General Motors.

In June 2018, just over two years after their first date, they found a place in Bushwick, Brooklyn, and moved in together. The couple now lives in Greenpoint, Brooklyn.

In 2019, at an annual Christmas Eve party hosted by Ms. Garcia’s family, Mr. Walkowski proposed. “I rigged the white elephant so I could present her with an engagement ring at the close of the party,” he said.

On Oct. 1, they had a wedding ceremony at Ms. Garcia’s parents’ new home in Sedona, Ariz., the same city where her parents had married 29 years ago. Samantha Cramer, Ms. Garcia’s cousin who was ordained by the Universal Life Church for the occasion, led the ceremony.

It began with a “warm-up” comedian, Donnie Sengstack, a friend of Mr. Walkowski. “I wanted someone to get the audience in the right frame of mind and in the energy that represents us,” Mr. Walkowski said.

At the reception, Ms. Garcia’s mother, Karon Kearney, who was a professional singer and actor, performed “Love Song” from the musical “Berlin to Broadway with Kurt Weill” along with her past cast members and close friends with whom she had done the show with in the 1980s. The group performed the same song, sans Ms. Kearney, at the wedding of Ms. Garcia’s parents.

In their vows, Mr. Walkowski said he felt about Ms. Garcia “how a pet iguana must feel about its heat lamp.” And she quoted a line from the essay that started it all: “I see you as an unexpected treat from the heavens.”

I Broke Up With My Boyfriend. Can I Date His Bandmate? 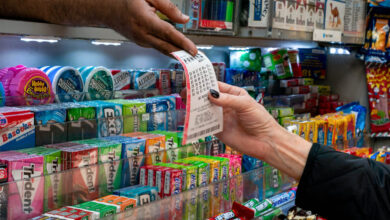 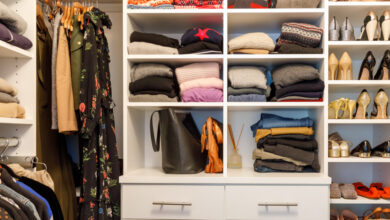 How Much Clothing Do I Really Need?