They didn’t plan this.

Sofia Wylie, 18, who plays the good-at-heart, if witchily named, Agatha in the new Netflix fantasy film “The School for Good and Evil,” pops onto the Zoom call swaddled in a tan-and-white blanket, a cheery, sunlit room with white walls and a gray couch in her Salt Lake City home behind her.

A moment later, Sophia Anne Caruso, 21, who plays her best friend Sophie, a fairtyale-obsessed girly girl with a dark side, materializes, her short black fringe blending in with the dark black background of her Upper West Side apartment. All the lights are out.

“Oh, I want a blanket too,” Caruso says, grabbing one from offscreen and wrapping it around her shoulders. “I thought we had to hide!”

Both actresses (yes, both named So-fee-uh — no bias to either spelling) are making their debuts as leads in a feature film in “The School for Good and Evil,” which began streaming on Netflix on Wednesday. Based on the young adult book series by Soman Chainani about a magical school for storybook heroes and villains, the film follows the adventures of Sophie and Agatha, who are kidnapped and taken to the titular school and must find a way to return home. (The starry cast also includes Kerry Washington, Charlize Theron, Michelle Yeoh and Laurence Fishburne.)

In a video interview last week, Wylie, who is best known for her role as Gina Porter on the Disney+ series “High School Musical: The Musical: The Series” and Caruso, who originated the role of Lydia Deetz in the Broadway musical “Beetlejuice,” shared what it was like leading their first film, how the crew distinguished between them on set, and who is most like each of their characters in real life. Following are edited excerpts from that conversation.

How much did you know about the series before you auditioned?

SOPHIA ANNE CARUSO I first heard about the books in summer 2017.

SOFIA WYLIE I had a meeting with producers to talk about a bunch of projects, and I was like, “‘The School for Good and Evil,’ that sounds so familiar.” I went to Goodreads and realized it was on my “to read” list. I did a couple of self tapes and then had a chemistry read with Sophia Anne.

CARUSO As soon as we tested, it was obvious that you were easy to talk to and friendly, even over Zoom. We had an immediate connection.

This was the first lead role in a feature film for both of you. What was the biggest adjustment?

WYLIE I definitely had a preconceived idea of what being a lead in a movie meant, but once I got to set it was like, “Oh, no, we’re all sharing the load here.”

CARUSO I was really just on set more! My attitude didn’t change.

How did people distinguish between the two of you on set?

WYLIE Mostly everyone called us by our last names.

CARUSO But then people started accidentally calling me my character’s name, Sophie, which is a pet peeve — it’s a different name!

WYLIE Sophia, you’re not as uptight as Sophie can be, but you don’t care how people perceive you.

CARUSO You have Agatha’s heart; I have Sophie’s attitude; her fire, you have her vulnerability as well as her glamour.

The film was shot in Belfast, Northern Ireland. Did you get to do anything fun when you weren’t shooting?

CARUSO Sofia and I were so busy working that on our days off, we were sleeping or I was down at the beach, listening to music and chilling. I didn’t have the energy to do stuff. I would just sit on the grass and read.

WYLIE I was still 17 and finishing up my senior year, and Sophia would be like, “Want to have coffee?” and I’d be like, “I’m doing algebra.” It was horrible.

Unlike in the books, students at the school don’t wear uniforms. What kind of input did you have into your costumes?

WYLIE I would do Zoom calls with Renée [Ehrlich Kalfus, the costume designer]. Agatha’s arc starts out grungy in the Gavaldon scenes, and as she’s transitioning into the school and becoming a princess — or, at least, wearing princess dresses — I wanted to have a say in what that looked like. I do look quite a bit different than how my character is described in the book, and it was great to feel like I had a true collaborator versus being put into costumes or hair and makeup that didn’t suit me.

CARUSO When it comes to the costume process, I’ve never had a more collaborative team. I spoke with Renée about how Sophie starts out in a princessy place and then ends up in a potato sack — eventually, we tied ropes around it to jazz it up! Then, when she becomes glam again, it’s not a princessy glam, but a punk glam. It’s such a specific type of hot that suits her fiery spirit — if I was like, “I want an inch shorter” or “I prefer a veil,” it was like, “OK, done!”

What was the most challenging part of working on the film?

WYLIE The special effects moments were so difficult. For some reason, I had the idea in my head that the magic would be there on set with us [laughs]. Then we show up, and it’s like, “Where is this bony bird that’s supposed to be taking us away, because all I see is this man in a green suit with a stick?”

CARUSO On our last day of shooting, we had to do the scene with the stymphs [a bird that has just a skeleton] where we’re being carried to the schools. That was difficult because not only are you going to have to use your imagination, but we’re also in body casings that are really tight and extremely uncomfortable for hours at a time.

WYLIE I have to add that Sophia Anne was the sweetest, most protective caring person that day. At one point, my body cast had shifted so I was being squished on both sides, and even 20 feet in the air, she knew instantly something was wrong. She was like, “Are you good?” I was like [in a weak voice], “No!” And she was like, “Get her down!” I was like, “What a good scene partner.” I know she doesn’t just have my back within the scene as the characters, but she has my back as Sofia.

If you could have any magical power, what would it be?

CARUSO I’d want to be a genie who could grant all my own unlimited wishes.

WYLIE I’ve always wanted to be invisible — I want to know everyone’s opinion of me without them knowing I’m knowing their opinion.

There are four books in “The School for Good and Evil” series. Have you heard anything about a movie sequel?

WYLIE I’ve heard rumors, but nothing for certain. 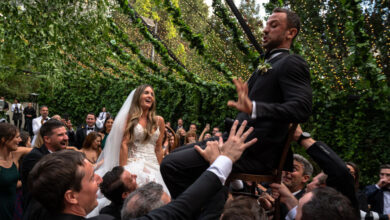 If at First You Don’t Succeed at Love, Try an Instagram DM 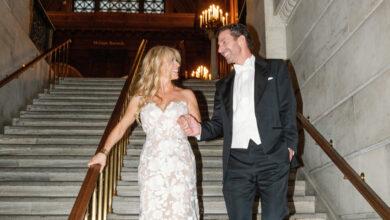 Returning the Ring Only to Receive It Again