As a freshman at Princeton eight years ago, Vincent Po came to dread introductions. Many of the students he met there were prodigies, patent holders, jet-setting heirs and heiresses to the global elite. Whenever conversations inevitably turned back to Mr. Po, an engineering major from Edmond, Okla., his peers’ curiosity usually dried up after a couple questions.

“I felt completely outclassed and inadequate,” he said.

In 2015, at the end of the school year, Mr. Po returned home to Oklahoma, rudderless and depressed. To cheer him up, his parents lent him a guitar and taught him to cook traditional Taiwanese dishes. Both hobbies were a balm, but neither ignited his passion. Mr. Po asked his parents if they still had the red envelope money that he had saved from Lunar New Years past. They did, and he used the savings to buy his first digital single-lens reflex camera.

“I had no idea where it would lead, but it was the same as cooking or guitar — just something to try,” he said.

Photography has since become much more than that for Mr. Po, who is now 26. In early 2020, he left his engineering job in Providence, R.I., and began photographing weddings for free, living with the soon-to-be-married couples for at least two weeks around the wedding date in exchange. His conversations with the couples he photographs have become the basis for long-form profiles Mr. Po publishes on his website, Portrait of a Young Couple. There are nearly two dozen profiles to date on the site, which has helped him gain exposure to his paid freelance work while on the road.

The closest thing Mr. Po has to a home base is Narrowsburg, N.Y., where he stores his extra photography equipment at the home of Abigail Smith, 29, and Tsz Lok Leung, 27. When the couple first learned about Portrait of a Young Couple, they were in the process of paring down their wedding budget and expected to pay at least $4,000 for a photographer. By lifting that financial burden, they were able to reimagine their entire wedding, which took place in February 2021. The couple have remained close with Mr. Po ever since.

“We had Vincent — that was a sure thing — we could build everything else around it,” Mrs. Leung said.

At first, Portrait of a Young Couple spread through word of mouth. Later, Mr. Po started placing Instagram ads. He has received about 900 applications so far. Mr. Po selects which couples to feature based on considerations like need and back story — and he’s heard his share of remarkable stories. An interracial couple in Charlottesville, Va., with a 44-year age difference. Two California political buffs, a Republican and a Democrat. Husbands in South Carolina who stuck together through gender transition, military deployment and a shift to polyamory.

When Mr. Po and the selected couple mutually agree to move forward, he sends them a written-up contract so that both parties have an understanding of the barter involved with the process.

For example, though Mr. Po always requests room and board, how long he stays with couples, and exactly when, is variable. His ideal is to stay with a couple for a total of two weeks, with the wedding happening sometime in the middle of that stay.

This year, Mr. Po began traveling internationally for Portrait of a Young Couple, taking assignments in Mexico, Slovakia and South Africa. He has now become one of those globe-trotters he envied in college. “A wedding is one of the few rituals that transcends culture,” he said. “I’m interested in the ways people from vastly different walks of life come together for that occasion.”

What inspired Portrait of a Young Couple’s no-cost model?

The summer after my junior year one of my co-workers sent me a presentation by Shantanu Starick about his project, the Pixel Trade. He’d seen that money was getting in the way of forming connections with his clients, so he traded his photography in exchange for food, housing and travel. It changed the dynamic between him and the people he photographed.

I already felt that way as a photographer in college — everybody I photographed was just another student, friend or friend-to-be, and not really a client. If you take money away, people offer different things instead.

So, how do you swing Portrait of a Young Couple financially?

I’ve been called brave for quitting my job, but a lot of circumstances made Portrait of a Young Couple possible. I’m in good health. I don’t have any student loans or personal debt. I don’t have to support my family — I never considered my family wealthy, but we never struggled, either.

I saved about $20,000 from my last job. I wrote up this giant business plan of how exactly Portrait of a Young Couple would work: how long I was going to do it, my daily costs, my travel costs. At that point, I started a Patreon, as well. My budget started at about $500 a month. During the pandemic, I usually wasn’t paying for food or travel, because I wasn’t flying and people often gave me a little bit after their weddings if they felt so inclined — like, $200 to cover gas.

Since then, my freelance photography business has also ramped up; I’m doing more freelance weddings than I did in 2020 and 2021. I’m certainly not going to buy a house anytime soon, but it’s more than enough for someone who is unattached and doesn’t have other people they’re responsible for, whether tiny humans or older humans.

Has Portrait of a Young Couple gotten you thinking about marriage yourself?

I haven’t dated in a long time. During school, I was just busy, which is a lame excuse. Then, the past three years, I’ve been bouncing between other people’s homes week to week. Maybe a very motivated person could go on dates. I’m not that person.

I’ve always thought I would get married. I’ve experienced so many forms of love that I would be sad if I didn’t experience that one day. That’s one of the bigger motivations for figuring out what Portrait of a Young Couple could look like in the future. Would I stay in one place? Would I continue to be nomadic? Would I do Portrait of a Young Couple a few months every year — depending on what my family situation is, if I’m blessed with that?

I don’t know if I’m a romantic, necessarily. I just love people’s stories. I guess I haven’t given as much thought to mine quite yet.

In a sense, your work is journalistic, but it’s also a service on behalf of the couples you profile. Is that ever a challenging balance to strike?

I see it as a mix of three roles: as a journalist, a service provider and a friend. They are absolutely in conflict with each other at times. For example, the friend side is loath to be pushy with exact facts and figures. I’ll also never publish anything unless the couple has had a chance to read it, which is very different from a journalistic approach. But I’ve reconciled that, because if I don’t promise that, frankly, I don’t think I could expect people to open up. My intended audience is the couple, then their friends and community, and only after that the wider public.

That third role, as friend, is where most of my motivation comes from. I want and expect to stay in touch with the couples I photograph. When I’m in a relationship myself someday, or if I build a family, I will absolutely be asking them for guidance. Maybe it’s a pipe dream, but I’d love to be able to invite all these people that I’ve stayed with to my own wedding.

As Portrait of a Young Couple’s audience grows, the expectations and purity of it probably will change over time. The friend side, the service side and the journalistic side might take up different proportions. But right now, I’m a normal person doing an abnormal thing. 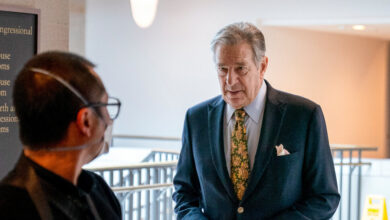 Six-Figure Artworks, by a Fifth Grader 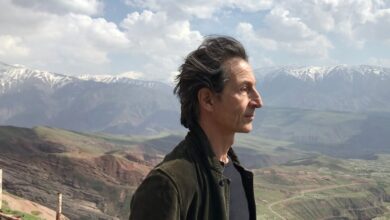 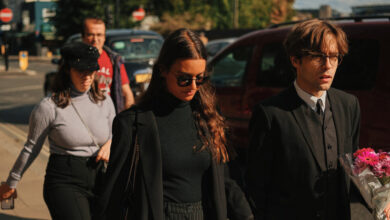 What London Wore While Remembering the Queen