In September, just as New York Fashion Week began and the day after Queen Elizabeth II died, the artist Adam Pendleton got a text from a friend. It contained a picture of Anna Wintour, the Vogue editor, at a cocktail party hosted by Mayor Eric Adams to celebrate the start of the collections. In the picture, Ms. Wintour was standing next to Mayor Adams wearing a black T-shirt and black sunglasses, with a full skirt that featured overlapping black and white graffiti.

“Did you make this skirt for Anna?” the friend’s message read. It was an understandable question: Mr. Pendleton is known for multiplatform work that grapples with identity and Black American history and features what The New York Times called “distinctive” overlapping text in black and white graffiti. See, for example, an installation that stood in the atrium of the Museum of Modern Art for five months beginning in September 2021, entitled “Who is Queen?”

“Did I make a skirt for Anna?” Mr. Pendleton, 38, remembered wondering to himself. “That looks like my work,” he texted back. But … “no.”

The skirt, it turned out, was by the British label Alexander McQueen. Ms. Wintour had worn it, as well as the medal she received when she was named a Dame Commander of the Order of the British Empire, in honor of the queen. And it has become the latest example of a much deeper problem in fashion, an industry that has long played fast and loose with its source material and how it defines, or even begins to footnote, inspiration.

See, it turned out the skirt was actually part of an entire collection called (natch) “McQueen Graffiti,” which also includes bustier dresses, parkas, bucket hats, handbags and even cellphone covers, all covered in a spray-paint-like logo that bears a notable similarity to Mr. Pendleton’s work. Though the line was introduced in the summer of 2021, it was not part of the runway collection, and it was Ms. Wintour’s appearance in widely publicized pictures last month that made it viral.

Almost immediately, Marc Glimcher, the chief executive of Pace Gallery, which has represented Mr. Pendleton for 10 years, said he received “at least 100 phone calls” asking if Mr. Pendleton had done a McQueen collaboration.

About a week later, Mr. Pendelton’s lawyers sent a letter, seen by The New York Times, to the McQueen lawyers stating that they believed “these pieces of apparel feature Mr. Pendleton’s protected expression represented by the repeated text comprised black-and-white spray-painted bold letters that are laying and overlaying each other.” And that McQueen had “copied copyrighted materials owned by Mr. Pendleton.” The McQueen lawyers responded that they would investigate.

As to what they found, a spokesman wrote in an email to The New York Times: “Alexander McQueen takes claims of intellectual property infringement very seriously. We immediately investigated Mr. Pendleton’s claims and concluded that these designs were created independently.”

The spokesman also pointed out that the company had a long history with graffiti, stretching back at least to 1998, when Alexander McQueen, the designer, staged a famous show that culminated with robots spray-painting a dress worn by the model Shalom Harlow.

Now, the two sides are in a standoff — one further complicated by the socially charged nature of Mr. Pendleton’s work, which re-centers Black experience (especially Black queer experience) in the cultural narrative, and raises the question of who gets to be part of what conversation.

But what is not in doubt is that until the fashion industry begins to systematically rethink the question of traceability, its attribution issues are only going to get worse.

Plagiarism isn’t a word that comes up too often in fashion, but designers have been called out for copying for decades.

In 2002, Nicolas Ghesquière got in trouble for a Balenciaga remake of a vest created in 1973 by the relatively unknown San Francisco designer Kaisik Wong. In 2017, Gucci’s initially unacknowledged “homage” to Dapper Dan’s work from 1989 resulted in an official collaboration with the brand. Two years later, the Mexican culture minister went after Carolina Herrera for some embroidery on an evening gown that the government saw as an imitation of Indigenous tribal techniques and patterns.

And this month the Uffizi Gallery in Florence sued Jean Paul Gaultier for reproducing the image of a Botticelli painting on a garment. Indeed, screaming foul on the practice has become something of a public sport in the last nine years, ever since the rise of Diet Prada.

At issue is a confluence of factors including fashion’s own culture, which has long plundered history and references with impunity and fetishized creativity and newness. As a result, said Susan Scafidi, the founder of the Fashion Law Institute at Fordham University, it has created “a fear that something is not as valuable” if it acknowledges its own imaginative antecedents.

At the same time, the explosive growth of the industry and the way design teams have sprawled ever larger, with more and more collections being produced, along with the rise of technology, has made it both harder to trace specific influences — we are all subject to a constant stream of visual information — and easier to spot them after they occur.

“There’s a change that has occurred in how information is found” by fashion design teams, said Julie Zerbo, the founder of the Fashion Law website, noting that for years it was done through active personal experience (in archives, museums, libraries, fashion shows, inspiration trips), but now often happens on Instagram. “The technology that’s available has fundamentally changed the creative process.”

You see it in the move from department stores in the early 20th century sending employees to Paris to copy couture looks to fast fashion brands trawling social media for whatever look by whomever is going viral.

“There’s an assumption that everything on the internet is free,” said Douglas Hand, a partner in Hand Baldachin & Associates and one of Mr. Pendleton’s lawyers. “That’s not the case.” He said he had been practicing for more than 20 years and encounters such cases “at least annually.”

Fashion is not the only industry to wrestle with the issue. Advertising, design and art have long struggled to define the difference between a homage and a copy. Cardi B recently won a court case in which she was sued by a man for using his back tattoo as inspiration for the cover art of her new album. A lawsuit brought against the Andy Warhol estate by the photographer Lynn Goldsmith over the use of one of her images and what constitutes artistic “transformation” has made it all the way to the Supreme Court. But the attribution problem in fashion is often the most public, perhaps because of its pervasiveness and accessibility.

While the result may not be legally actionable, the bar is high, demanding copyright ownership as well as “substantial similarity.” (As Ms. Scafidi pointed out, Barbara Kruger has never sued Supreme for using white typeface inside a red box for its logo, though it looks an awful lot like her work. She has, however, made art about it.) But increasingly the moral debt is being called into question.

So what happens next when it comes to McQueen? As yet, neither the actual courts nor the court of public opinion is involved. And no one is alleging malicious intent.

Graffiti is, after all, a fairly common technique, one long employed by designers, including Stephen Sprouse and Jeremy Scott at Moschino. So is the black and white palette. It’s hard to argue proprietary ownership, and the distinction between “influence” and “substantial similarity” is key in intellectual property law, said Edward Klaris, managing partner at Klaris Law, who specializes in the area.

At the same time, Mr. Pendleton is not exactly an obscure artist. Aside from being part of shows at MoMA, the Whitney Biennial and the Hirshhorn Museum, he has had solo exhibitions at Pace Gallery in London in 2015 and 2018 and has participated with Pace at Frieze London from 2012 to 2021 (save 2020, which was online). This year at Frieze London, the Galerie Max Hetzler showed a monumental painting of his, “Untitled (WE ARE NOT).”

And he is no stranger to the fashion world. He just completed a collaboration with Comme des Garçons involving a wall design for its Kyoto store based on his work “We Are Not,” as well as some T-shirts.

Mr. Pendleton said he doesn’t want money, but he does want attribution; that he doesn’t think the McQueen collection is “literally a reproduction” but that it is a “reproduction of a visual language I created, one that has been shown at art galleries all over the world.” The McQueen spokesman said in his email that “there was no copying.” Mr. Glimcher said Pace would support Mr. Pendleton in whatever course he wanted to pursue. The best case scenario, Mr. Hand said, would be “a fruitful dialogue.”

Indeed, it is dialogue that Mr. Pendleton is after. “I believe visual cultural exchange is vital, necessary, happens all the time and should happen,” he said. “But this is about how we assign and acknowledge value. It is basically someone saying, ‘You’re not worthy, what you do is not worthy of an acknowledgment.’”

At the moment, both parties seem to think they are waiting for the other to make the next move. Having discovered the similarity, it make sense for two such clearly like-minded creative forces to actually start talking. Who knows what great leap forward could ensue?

And what is clear is that it would behoove all of fashion to more clearly document inspiration — and, if attribution is relevant, to ask permission. (Mr. Klaris said it was not a stretch to imagine that some parties would rather not be associated with luxury or fashion at all, and would rather let their influence go unacknowledged.) Either way, Ms. Scafidi said, “as long as the system doesn’t change, these kinds of omissions are going to keep seeping into the process.”

Increasingly art schools, including Central Saint Martins and the Savannah College of Art and Design (SCAD), are teaching students to effectively footnote their mood boards. And as the drive toward sustainability forces brands to trace their materials and supply chains and make that information transparent and available via QR codes to consumers, there’s no reason they couldn’t add their creative DNA to the list.

“Consumers love to know the story behind a product,” said Dirk Standen, the dean of the School of Fashion at SCAD. 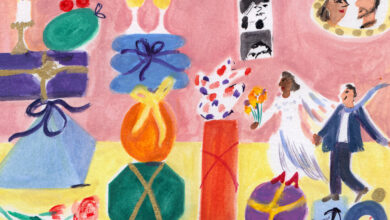 The Best Wedding Gifts in 2022: The New York Times Guide 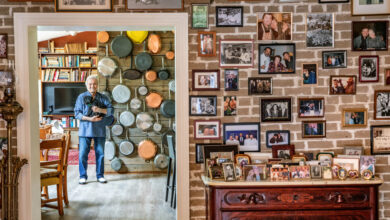 At 86, Jacques Pépin Isn’t Slowing Down 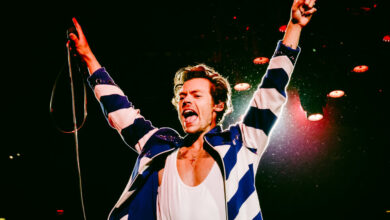 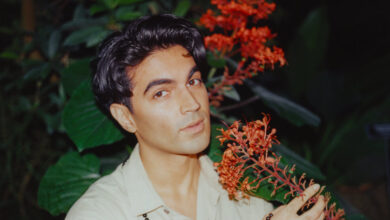