Finding a home that feels right isn’t easy. Sometimes, as Jeremy and Jen Lewis discovered while hunting for a place in Seattle, it can take years.

The couple, who had been working in finance in New York, moved to the West Coast in 2006 with their children — Ben, now 24, Sarah, 22, and Margaret, 19 — after Ms. Lewis left her job and Mr. Lewis accepted an offer to help build a Seattle-based video-game company.

“We wanted to go and explore a new part of the world with our family,” Mr. Lewis, 53, said.

At first, they moved to Bainbridge Island, drawn by its lush beauty and short ferry ride to Seattle. The scenery was breathtaking, but Mr. Lewis quickly discovered that commuting to work was more time-consuming than expected. After a couple of years, they began renting homes in the city and looking for a place there to buy.

It was easier said than done. After four years of renting, “we were still on the lookout for a special home and property that would be more permanent and give us a sense of place,” Ms. Lewis, 53, said.

When their lease was about to expire, the couple decided to buy a house in nearby Bellevue as a stopgap. “It was the best choice at the time,” Ms. Lewis said.

It wasn’t until 2016 that they found a place that captured their imagination: a 5,400-square-foot house on an extra-wide lot in the Laurelhurst neighborhood of Seattle. The house, which faced Lake Washington, had been built in 1950 and partially updated over the years, but it still needed a complete overhaul.

“It hadn’t been renovated for many years. It had knob-and-tube electric; it had a chopped-up floor plan,” Ms. Lewis said.

But it also had good bones worth preserving and features they hadn’t found elsewhere. “The view is expansive,” she said. “You can see Mount Rainier.”

The property also had direct access to the water, and the Lewises weren’t the only ones who saw the appeal of that. With a listing price of $4.75 million, the property drew multiple offers. The couple ultimately won the bidding war with a bid of $5.8 million, and closed in July 2016.

Then they called Prentis Hale, a high school friend of Mr. Lewis’s and the principal architect of the Seattle-based firm Shed Architecture and Design, who shared their enthusiasm for the site. “It’s a beautiful piece of property that’s hard not to like,” Mr. Hale said. “But the house had a lot of deferred maintenance. It needed so much work.”

Many people would have torn it down and built something bigger, but the Lewises wanted to work with what was already there. Mr. Hale developed a plan to transform the house inside and out while leaving the original structure mostly intact.

To get the family into the house as quickly as possible, he split the work into two phases: The first would be a gut renovation of the interior; the second would be a transformation of the exterior, with a new outbuilding and landscaping to tie everything together.

In the first phase, walls were removed between the kitchen, living room, dining room and solarium to create one free-flowing space with the casual sense of togetherness the Lewises envisioned. Upstairs, six awkward bedrooms were reconfigured into four generous ones. Downstairs, the media room in the walkout basement was remodeled.

Throughout, the Lewises chose materials they wouldn’t have to worry about, while aiming to add a little Japanese wabi-sabi, which they had admired during a trip to Kyoto years earlier. “We wanted it to be practical,” Ms. Lewis said. “You might be coming in off the lake dripping wet, so we wanted to embrace that idea of using the house in a comfortable way, where nothing was overly precious.”

That line of thinking is common in the area, noted the couple’s interior designer, Jennie Gruss. “In the Northwest, people want their spaces to be beautiful but super functional and durable,” she said. “But on top of that, they wanted this layer of serenity.”

The furnishings she used included a pair of living room sofas upholstered in indoor-outdoor fabric that looks and feels like white linen but resists moisture and stains, and a pair of vintage chairs by Jindrich Halabala that already had timeworn wood arms.

The family moved into the house after the first phase was completed in September 2017, in time to enjoy it before their oldest child left for college. They moved back out again in June 2018, and the second phase began. This time, their contractor, Whelbilt Homes, updated the exterior appearance of the house, replacing old windows with new high-performance ones and recladding the structure with shou-sugi-ban charred wood siding on the top floor and slender white bricks on the lower floor.

Beside the house, they built a 1,100-square-foot outbuilding with a garage and guest suite at street level, and an outdoor shower and storage space for paddleboards below. (Mr. Lewis is a paddling enthusiast who has competed in long-distance races.)

The new landscaping, designed by the landscape architecture firm Alchemie and implemented by Ohashi Landscape Services, stitches the two structures together with Huckleberry basalt boulders, forest grasses and Japanese black pine trees (including some that were 70 years old), to create an immediate sense of maturity. The landscaping also includes spaces for a hot tub from J & K Cedarworks, a fire pit and an area of lawn where the family dog, Luigi, can run.

Construction was complete a year later, in June 2019. Altogether, the project cost about $500 a square foot.

When their youngest child left for college earlier this year, Mr. and Ms. Lewis became empty nesters. But the home they built still serves as the family’s main gathering spot. “It’s a really lovely place to be,” Mr. Lewis said. “We live outside as much as inside, getting exercise or just sitting by the fire pit and telling a good tale.” 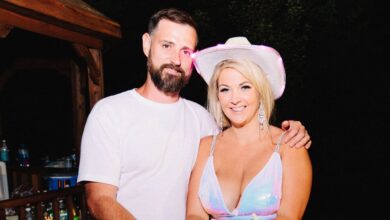 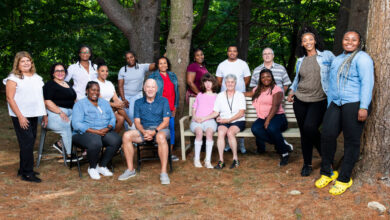 How Health Care Workers Got Me Through the Pandemic 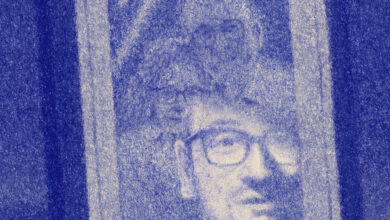 A Bout of Amnesia – The New York Times 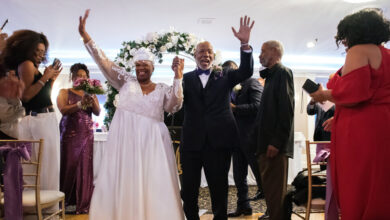