Can’t decide on a pear-shaped or an emerald-cut diamond for your engagement ring? Or, perhaps a colored gemstone?

An increasing number of couples who want more options in rings are choosing the toi et moi style, which features two stones instead of one, and in many cases, a mix of gems and cuts in creative settings.

Demand for the toi et moi (French for “you and me”) ring has risen sharply in recent years after these rings have been spotted on the hands of celebrities like Megan Fox, Ariana Grande and Emily Ratajkowski following their engagements. Kylie Jenner and her daughter, Stormi, also sport a matching ring set.

“We see an influx of proposals now through February, and there is an increasing desire to propose with two-stone rings,” said Lindsey Leigh Hohlt, the owner of Lindsey Leigh Jewelry, which is based in Houston. She said that sales of their two-stone rings were already up 70 percent from the summer of 2021.

Many other jewelers are seeing an explosion in interest. Ring Concierge sold, on average, two rings per minute in the first 48 hours after debuting a customizable ring of two semiprecious gems for $998 in March, Nicole Wegman, the company’s founder, said. Sales of all two-stone rings are up eightfold from the start of 2021 through September, she said, adding that she expects even more increases during the so-called engagement season that traditionally runs from November through Valentine’s Day.

Hannah Peck, the founder of the diamond-cleaning system Juli, who is based in Greenwich, Conn., said, “They are, without question, the ‘it’ ring for 2022.” She said she has seen an influx of two-stone rings among her clients.

Many couples appreciate the design options in two-stone rings, as well as the ability to personalize them. The most popular pairings, according to jewelers: emerald and pear combinations.

“With two stones, there’s so much more creative freedom,” said Joey Otcasek, 27, an engineer now living in Sonoma, Calif. He proposed in September to Angela Hatcher, 25, a marketing consultant, with a black-and-white diamond pairing purchased from Berlinger Jewelry, based in Los Angeles.

“The combination suits Angela’s style, is easier to wear with the rest of her wardrobe, and the color contrast is so pleasing,” Mr. Otcasek said.

When Nicholas Mintz, 29, a teacher living in Chicago, proposed earlier this year at the Houston Zoo to Haley Manley, 29, a law student, the ring he presented had a round diamond heirloom passed down from his great-great-grandmother, a Holocaust survivor, paired with a pear-shaped diamond from Lindsey Leigh Jewelry.

“When I found out that toi et moi meant ‘me and you’ in French, it really stuck with me for some cheesy reason,” Ms. Manley, who offered some input in the design, said. “I look at the round diamond as his half, and the pear diamond as mine.”

She also likes the way it looks on her hand. “My fingers look longer in this style than they ever did in another cut,” she said.

Ms. Grande’s customized engagement ring from her now-husband, Dalton Gomez, two years ago featured a diagonally set diamond next to a pearl that reportedly had belonged to her grandmother. Mr. Gomez, a real estate agent in Southern California, had worked on the design with Jack Solow, a jeweler based in New York.

Modern, yes, yet toi et moi rings have a long, storied history dating back to the late-1700s when the French emperor Napoleon Bonaparte, who has been credited with giving the two-stone ring its name, proposed to his beloved Joséphine de Beauharnais with a ring featuring two pear-cut stones — a blue sapphire and a white diamond — set in yellow gold. Mr. Bonaparte had the inside of the ring engraved with “toi et moi pour toujours,” or you and me forever. Joséphine’s ring was sold in 2013 for close to a million dollars at Osenat, a French auction house.

Fans of two-stone rings say the style often gives them plenty of bang for their buck.

“With a single-stone engagement ring, it’s all about the diamond, and most clients try to maximize the size and quality of that stone as much as their budget allows,” said Ali Galgano, the founder of Serpentine Jewels, which recently opened its first atelier in Greenwich, Conn.

Ms. Galgano said that, when two individual stones are of a smaller carat size, the overall impression when paired together ‌can be greater than that of a single stone. And a ring with two one-carat stones, for example, will probably be less expensive than a single two-carat diamond of comparable quality, she said.

Pairing a diamond with a colored gemstone, like a sapphire or emerald, can also be cost effective.

Michelle Berlinger, the owner of Berlinger Jewelry, said many couples had chosen to pair a diamond with their partner’s birthstone. She added that her clients often preferred “muted color pairings,” like that of a light blue aquamarine or champagne diamond.

Sometimes the pairings come long after the wedding. A decade after her engagement, Jacqueline Kennedy added two carats of marquise and round diamonds to her ring to create the look of a laurel wreath.

“In the past two years, we’ve seen a number of clients opt to buy a second stone to set with their original instead of doing a trade-in,” Ms. Galgano said.

Consider it a modern makeover for the sentimental bride.

He Wanted Out of the ‘Friend Zone’, but She Took the Lead 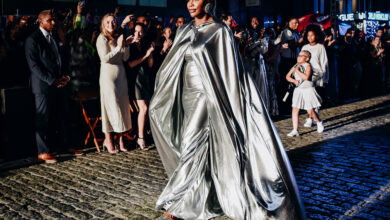 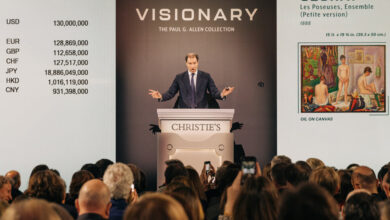