It was the weekend of New York Fashion Week, and it was raining on Tommy Hilfiger’s runway parade.

The designer had come back to his home base with his signature see now/buy now preppy cosplay after a few years away and with a special “Tommy Factory” extravaganza modeled on Andy Warhol’s Factory. (The two men met in the 1980s, and, Mr. Hilfiger said in a preview, he had been inspired by Warhol ever since.) The point being to big up the idea of the in-person experience.

He had covered an outdoor catwalk in what looked like silver tinfoil à la Warhol; invited a soup of famous folk — Kate Moss, Jon Batiste, Shawn Mendes, John Legend — to sit front row; even had Travis Barker to drum the finale. But he didn’t have a tent, and it was bucketing down.

Not even the buzziest stars could stop the result from looking like a damp squib: an empty shell of clichéd American references (the varsity jacket! the rugby shirt! the tennis sweater!) in a world that doesn’t have much truck with them any more, covered in razzmatazz that got washed away by the weather.

Underneath, there just wasn’t much substance. And substance is what New York fashion really needs.

As with so much right now, there is a divide opening up between what was and what might be.

Many of the names that once defined the city’s style are gone — or at least off the official runway: Calvin, Donna, Ralph, Marc. The elders who are left are leaning into a nostalgia play. The generations of designers who came after and were heralded as the Next Big Thing seem stuck in a very minor key.

Yet at the same time, new names are muscling in from the edges, often without classical training but with the self-belief and explosive energy that has historically propelled fashion forward.

Those designers are redefining power dressing not as a uniform for climbing the corporate ladder (what is that now, anyway, in the time of the disappearing office?) but as a uniform of identity for a mosaic of subcultures. The result is mostly chaotic potential, but it could realign the stylescape. Consider the strategies.

“I feel like I’m in a time machine,” said a guest lounging on one of the white banquettes at the Tom Ford show, ogling Madonna in black satin. The show was being held downtown on Vesey Street, but the vibe was like nothing so much as Milan, circa 1998, and Mr. Ford’s Gucci heyday. Back then he was excavating the 1970s for hedonistic fashion fun and the ’80s for high glitz, embracing the follow spot, subverting the beigeness of the double G and boogying on the lip of the bad taste volcano.

It was like a lost-days-of-disco nightmare of pastel Lurex, Studio 54 cowgirls, Elvis-in-Vegas embroidered velvet hot pants, lace G-strings and shine, updated with a dash of athletic wear and set to the beat of Robert Palmer thrumming “Addicted to Love.” Sparkle taken to its ultimate extreme, that place where it becomes something altogether darker and kind of desperate. Glamour at this pitch can be exhausting.

Still, it was a reminder, after a week in which terms like “sexy” and “Y2K” have been trending, that Mr. Ford defined both for a time. Like Michael Kors, whose polished collection of urban tropicana — slick blazers and sarong skirts trimmed in acres of silk fringe; hibiscus print silks and jersey columns suspended from gold neck pieces — his work has a self-assurance honed at the turn of the millennium.

The problem is, as the last song of Mr. Ford’s show went, “Time waits for no one.” Blingy as it may be, all this nostalgia is starting to seem like nothing so much as a postscript.

At Proenza Schouler, Lazaro Hernandez and Jack McCollough still look as if they are designing for the Chelsea art crowd, when the art crowd has moved on. They added giant flamenco ruffles to the sleeves of their tunics and minidresses, upsized the flares of their skinny pants; rendered shirtdresses in sheer lace with fluted cuffs; and layered on the polka dots. Joseph Altuzarra has settled into a rhythm of anoraks, striped shirting and highly detailed, increasingly complex shibori, which makes for a cool, if predictable, contrast.

And Stuart Vevers of Coach just stuck his head in the sand, building a ghost town Coney Island boardwalk onto which wandered some disaffected youth in oversize beat-up leather jackets, Aran knits and baby-doll dresses, their stick insect legs grounded by jelly sandals (plus Lil Nas X, the new face of the brand, in leather shorts and vest).

At least Wes Gordon threw down a gauntlet of sorts at Carolina Herrera, announcing backstage, “I am tired of being afraid to admit I love the word pretty” and leaning into his words with a bouquet of floral prints and seaside stripes on cotton shirtdresses, matching shirred trousers and tops with enormous fabric corsages, and little Hamptons cocktail frocks. There’s a customer for that, even if she seems like an increasingly endangered species.

“I was thinking a lot about how women don’t want to be restricted,” Tory Burch said backstage before her show, which featured layered combinations of shirting, mid-calf skirts or trousers and an obi-like stretch belt that could be rolled up or down as desired. Clothes that offer the freedom to move through the world as you like! What an idea.

Another was on display at Peter Do, where the designer’s unisex four-piece suits — jacket or shirt, trousers and pleated overskirt attached with a long leather belt — increasingly seem like the contemporary heir to Donna Karan’s “seven easy pieces.” Add or subtract pieces at will as the occasion demands (the skirt, like a train, here; a billowing silk duster, like a cloud, there), then go anywhere.

And yet another at Gabriela Hearst. To live accompaniment from the Resistance Revival Chorus came a series of activists and friends — Cecile Richards, the former head of Planned Parenthood; Xiye Bastida, the college-age Mexican founder of the Re-Earth Initiative; Lauren Wasser, who lost both of her legs below the knee to toxic shock syndrome — like an array of reproductive rights gladiators armored in ease and elegance and ready to argue.

Well, if you’re ever going to model a gold breastplate, the period after the fall of Roe v. Wade may be the time. Women are signing up to vote in record numbers, galvanized into action as their wombs become the subject of public debate. They are going to need something to wear.

Or a new story to tell, one that is about clothes that derive from a value system based on community morals, not market research. Clothes that attract audiences filled with the like-minded, who clog the streets beforehand like groupies wearing the clothes of the designers they have come to see — not as paid ambassadors or influencers, but as genuine converts.

Or Maryam Nassir Zadeh, where scraps of fabric — some found, like hotel towels and doilies; some collected — were pinned and layered into pseudo-garments that were more like suggestions of clothes than actual clothes. Ditto Mike Eckhaus and Zoe Latta of Eckhaus Latta, whose clothes are the fashion equivalent of collectible ceramics. They included stretchy rib knits printed with the work of the painter Matthew Underwood, squishy bubble tops that foamed over the torso, metallic T-shirts and some unexpectedly bared limbs, including a pair of one-legged pants.

Both labels started as quasi-art projects but have grown into increasingly solid businesses, which also seems to be the direction of Puppets and Puppets, the line by the mixed media artist Carly Mark. This season she mixed bumster dresses, lace bodysuits and trompe l’oeil bodysuit leathers with simple zip-front sheaths, a little crystal cardigan and skirt set and the snack food-bedecked handbags that are already her signature. They were tasty.

By contrast, the harnesses, cages and shredded finery at Elena Velez, who works between Milwaukee and New York, don’t scream “wear me” — they mostly primal scream “post-apocalyptic pole dancer.” But the uncompromising way they deal with the body, its power and the ways in which it can be fetishized, co-opted and controlled suggests that this is a designer who understands the direction in which things are heading.

So does Edvin Thompson of Theophilio, who mix-mashed references to fashion history with the story of his journey from Jamaica to New York in “I [heart] TP” rhinestones T-shirts and Theophilio graffiti splashed over souvenir shop images printed atop ribbed knit miniskirts and teeny dresses and covered in translucent sequins.

And so do Everard Best and Téla D’Amore of Who Decides War, a brand built on the idea of denim as the universal American religion and jeans in all their iterations — frayed, embroidered, patched, painted, inset with stained glass portraits, speckled with rhinestones like water droplets, overlaid with lace like a baptismal gown, infused with references to climate change and colonialism — as a gospel. It’s written on the fabric and in the seams.

The result, extended to sweatshirts with stained glass windows cut into the body and a few dresses with the same complex surface treatments, may be the closest thing this country has to truly original American couture. 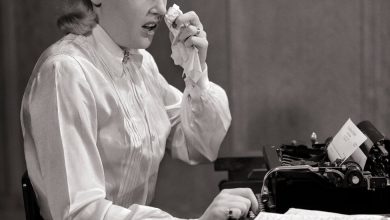 I’m Worried About a Fancy Cat in This Frigid Weather. Help! 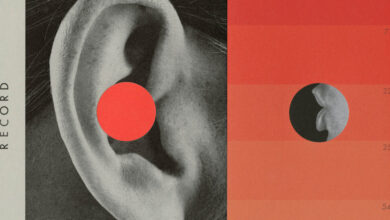 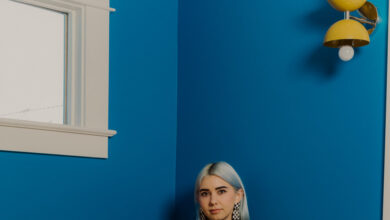 She Worked for Twitter. Then She Tweeted at Elon Musk.