The Wing, the women’s-only social club and co-working space that opened in New York in 2016, has been shut down by its parent company. For many professional women, the Wing, which grew to have locations in San Francisco, Chicago and Los Angeles, came to represent an empowerment movement following the election of Donald Trump.

“With the backdrop of the Covid pandemic and increasing global economic challenges, we have been unable to recover and grow from the level of active membership and event activity necessary to run a financially stable operation,” a letter sent last night to Wing members said.

Some investors were notified yesterday that the company would be closed.

IWG, the parent company of the Wing, told members that they could have access to IWG’s U.S. locations for use through the end of September. A spokesperson for IWG declined to comment and would not specify the size of the Wing’s current membership.

Led by its media savvy founders, Audrey Gelman and Lauren Kassan, the Wing opened its first space in the Flatiron district, in the historic stretch known as Ladies’ Mile where well-to-do women shopped in the 19th century. The Wing ushered in the era of millennial pink furniture, just as millions of women around the country were crushed by the defeat of Hillary Clinton.

Ms. Gelman seized the moment and cultivated a waiting list of thousands of applicants by producing and publicizing events at the Wing that captured the desire of women to channel their energy into political and cultural advocacy that managed to be glamorous and buzzy. At its height, the Wing was reported to have some 12,000 members, with another 9,000 on its wait list.

The Rise and Fall of The Wing

The women’s-only social club that ushered in the era of millennial pink furniture and Instagram-ready feminism has shut down.

All the while, the company promoted its efforts as virtuous and mindful of diversity. “We really try to think about diversity not only in terms of who is actually in the space but also in terms of how the space is being designed,” Ms. Gelman told Vox in 2019.

In cities around the country, the Wing came to represent a Trump-era, heavily branded, for-profit feminism.

From its earliest days, there were Wing-sponsored field trips to the Women’s March in Washington. Star-studded seminars and panels such as “Workshop on Anxiety & Depression in a Post-Trump World” and “A Conversation With Senator Kirsten Gillibrand” took place against the backdrop of the Wing’s Instagram-friendly décor, color-coded bookshelves and conference rooms lined with custom wallpaper and named after real-life and fictional feminists like Ida B. Wells and Jo March. Amid the activism, members could powder their noses with products by Chanel, a brand for which Ms. Gelman became an influencer.

For most people, joining the Wing cost $2,500 to $3,000 a year (a fee that did not cover grain bowls, pressed juice and gluten-free cookies). Membership included cultural and media tastemakers, like the writer Tavi Gevinson, the model Hari Nef and the comedian Jessica Williams.

“The look of it is out of my dreams,” Ms. Gevinson told The New York Times in 2017. “It’s crazy that that place exists in real life. I joined right away.”

That year, WeWork invested $28 million in the Wing. Ms. Gelman and Ms. Kassan each personally were granted a substantial sum from that round of fund-raising, according to four people familiar with the terms of the deal.

By the end of 2019, the Wing had 11 locations and had raised more than $100 million from venture capitalists and celebrity investors like the soccer star Megan Rapinoe.

But as the company’s narrative of economic success was on the rise, employees were starting to pierce its mystique, publicly revealing the schism between the company’s self-promotion and the realities of its working conditions.

The Wing as a nest for socially conscious capitalism was “a total facade,” one former employee told The New York Times Magazine in March 2020. “It’s just like any other company that wants to make their money.”

The pandemic pummeled the Wing, as it did most companies that drew revenue from bringing people together in a physical space. It laid off more than 300 people in the spring of 2020 and offered them a one-time relief stipend of $500 (which they had to apply for). Some employees said the checks never came and the company informed them that it didn’t have sufficient funds.

But after the murder of George Floyd and the civil rights protests that followed, the Wing alerted its hundreds of thousands of Instagram followers that it intended to donate $200,000 to causes associated with Black Lives Matter. “How do you have 200k for orgs when you still haven’t paid numerous employees that applied for the employee relief fund?” one commenter asked on Instagram. “Particularly Black & brown space staff who were making $16.50.”

Employee anger percolated, and Ms. Kassan’s deputy chief of staff — a Black woman who was asked to also work for Ms. Gelman after her assistant was laid off — quit. Some employees organized a virtual strike.

By mid-June of 2020, Ms. Gelman resigned amid widespread internal criticism, maintaining a 10 percent stake in the company. Ms. Kassan remained with the company, most recently as its C.E.O. Ms. Gelman started a specialty home items store in Brooklyn and e-commerce company.

In February 2021, IWG, the flexible office space company, bought a majority stake in the Wing.

Sheila Lirio Marcelo, a new chairwoman of the company’s board, came and went in a little over a year. (Ms. Marcelo resigned in June. She does not list her former affiliation with the Wing on her Linkedin résumé or her current professional bio. She did not respond to requests for comment.)

“Whoa,” tweeted Jessica Blankenship, a writer, editor and Wing member, after receiving the email about the closure. She added: “Not to be insensitive, but what’s happening to all the furniture.” 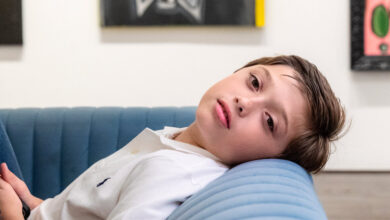 Six-Figure Artworks, by a Fifth Grader

Tiny Love Stories: ‘The Only Way I’ll Meet a Man’ 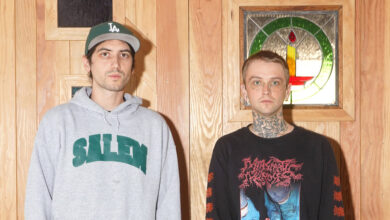 How Online Ceramics Keeps Its Cool

Is My Online Fling Holding Me Back From Dating in Real Life?