Two of the W.N.B.A.’s biggest sneakerheads got a win well before their postseason began.

Dearica Hamby, of the Las Vegas Aces, and Satou Sabally, of the Dallas Wings, both received Air Jordan 36 PEs (player exclusives) designed by Melody Ehsani that are as tough a score for collectors as a championship ring because they will not be released to the public.

“The Melody Ehsani Air Jordan 36 was a big deal because it’s really hard these days to get people to care about performance basketball shoes,” said Brendan Dunne, a host of “Full Size Run,” a talk show about sneakers. “But she was able to bring back that energy for a second.”

Ms. Ehsani, 42, wears her long dark hair with two blond tendrils and tends to wear a clutch of gold rings and bracelets sprinkled with symbols of her Persian heritage, stiletto nails in a rainbow of colors and almost always a pair of sneakers. She recently designed tour merchandise for her husband, Flea, and his band the Red Hot Chili Peppers, before announcing on Instagram in July that she is expecting their first child.

She also heads her own namesake streetwear brand. And as the first creative director for Foot Locker’s women’s offerings, she was the lead designer on a basketball performance sneaker. That’s rare in the sneaker industry, where women are often invited to “color up” or select new colorways for a major brand’s lifestyle offerings.

A handful of W.N.B.A. players have teamed with sneaker giants on player exclusives, and a few elite women’s players, like Breanna Stewart (with Puma) and Candace Parker (Adidas), have signature performance shoes. Yet at Nike and other footwear giants, there has been scarce mention of female designers of basketball performance sneakers, a huge segment of the sneaker industry and an area of design that has been central to the lore of sneaker culture.

Nike would not provide specific numbers on women who have led basketball design, and the company is still litigating a gender discrimination class action lawsuit filed in 2018 by former employees who claimed that women were paid less than their male counterparts and were kept out of key roles at Nike and subjected to inappropriate behavior by supervisors.

Though basketball performance shoes aren’t the sales phenomenon they once were, retro releases of Jordans are still a big part of the reseller market.

And there is a thriving industry in selling the mythology of sneaker design. Slick coffee-table books about landmark sneakers and their advertising campaigns have become best sellers. Venerated designers appear on podcasts and in documentaries on creativity; they give TED Talks that go viral. To draw younger audiences, major museums have staged exhibitions that showcase sneakers as art.

After Ms. Ehsani’s design was introduced during the N.B.A. finals in June, when Jayson Tatum of the Boston Celtics wore them before Game 2, she reflected on her journey from high school ballplayer and N.B.A. intern to designer. “I’ve been slowly working my way up to having the opportunity to work on a performance shoe,” Ms. Ehsani wrote in a social media post, adding that the relationship between Tinker Hatfield, the Nike designer behind many iconic Air Jordans, and Michael Jordan was her ultimate “dream.”

Most conversations about sneaker design start with Mr. Hatfield and Mr. Jordan, whose collaboration on 16 releases between 1993 and 2003 set the standard for how performance basketball could transcend to lifestyle. At Mr. Jordan’s behest, and oftentimes against the dictates of Nike executives, Mr. Hatfield made basketball shoes decked out in nontraditional materials that drew even the sports averse to buy (many, many) pairs.

Famously, Mr. Hatfield included patent leather on the Jordan XIs because Mr. Jordan said he wanted a sneaker so beautiful that it could be worn with a tuxedo. In 1996, the R&B group Boyz II Men paired them with white tuxedos at an awards show.

In 2021, when the Design Museum in London assembled an exhibition to show how sneakers “have become cultural symbols of our times,” Fiona Adams, the vice president for footwear design at Reebok from 1990 to 2000, perked up.

Ms. Adams had overseen the work of designers who became the equivalent of sneakerhead legends, and she was eager to see the work given just due. She had created an in-house training program to teach designers cobbling (rather than designing solely in two-dimensions or relying on 3-D computer modeling), and she said that her background as a shoemaker enabled her technical innovations like creating a high-top aerobics sneaker that was, she said, the first performance shoe to use zipper fastenings.

Ms. Adams said she left the exhibition chagrined. She counted just one woman, from any major brand, whose work was included in the show. That was Judy Close, who designed Shaquille O’Neal’s signature Shaqnosis shoe for Reebok in 1992.

“So the research in the work that had gone on was really, really disappointing,” Ms. Adams said.

Ms. Ehsani noted that there aren’t a lot of reference points for women who have worked on player exclusives. “I’m almost embarrassed to not know of any of the other women,” she said.

At Jordan, her design went through Kelsey Amy, a senior color designer who was an intermediary between Ms. Ehsani’s vision and Nike’s manufacturers. Ms. Amy has worked with N.B.A. and W.N.B.A. players on player exclusives at Jordan, but she said she “never knew this job existed” until she got a marketing internship at Nike in 2013 that gave her a window into the company’s design hierarchy. She said she has been embraced by other female designers there but that there wasn’t discernible support around the industry.

“I wouldn’t necessarily say there’s an established network,” she said.

Suzette Henry is trying to make it easier for women and people of color to step into performance design. As a founder and instructor with the Pensole Footwear Design Academy, she teaches budding designers how to design and use materials that will stand up in performance sneakers.

After working in materials research and design for Guess, Skechers and then Nike, Ms. Henry was poached in 2000 by Mr. Jordan to become the brand’s first material designer. Perhaps her best-known contribution was the stingray leather she developed after a documentary inspired her to create a viable alternative for mass production. After several research calls with oceanographers and a visit to the Monterey Bay Aquarium, Ms. Henry’s synthetic “leather” was incorporated on several Jordan retro models and special projects. (Mr. Jordan was so enamored with it, he used it for his golf bag.)

Ms. Henry said that Nike has always drawn female designers who are qualified to hold leadership positions in performance design but that there is a glass ceiling at the director level. “It’s just sexism,” she said, adding that many top executives are men who tend to elevate other men. “Our industry is guilty, like most of corporate America, of being very comfortable with people that look like them.”

As sales of basketball sneakers have declined, female designers have found purchase designing other types of performance footwear, in athleisure and low-impact sports gear. Lululemon, the multibillion-dollar athleisure company, announced in March that it will introduce running and training shoes; Adidas does brisk business through its Stella McCartney line; and Allyson Felix, the retired Olympic sprinter and former Nike endorser, has her own performance sneaker brand, Saysh.

Despite few breakthroughs for female designers, Ms. Ehsani said that designing signature products for a basketball star was still her dream. In that vision, she couldn’t decide whether LeBron James, Ja Morant or the girls high school phenom Juju Watkins was the Jordan to her Hatfield.

“I’m not even at that place where I have preferences about it,” Ms. Ehsani said, adding that she was “so eager” for the opportunity that the player would not matter. Then she added a plea that called to mind Nike’s famous tagline.

“Let me just do this, like, just give me an opportunity to do it.” 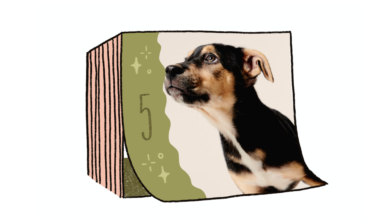 How to Give a Rescue Animal As a Gift 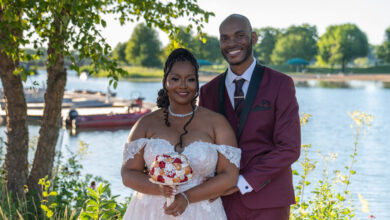 The Wave Emoji That Started It All 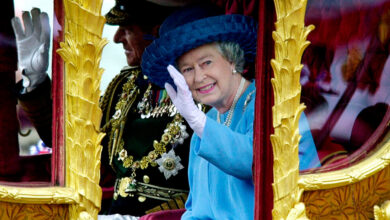