In a way, the story of Charmaine Lopez Gomez and Joseph Alexander Contreras began as a tale of two dresses.

Their mothers, Rizaly Brownfield and Somary Contreras, respectively, had been friends for eight years, yet their children had never met. Ms. Contreras, who was a teacher by day, also is a whiz at all things sewing. So, in May 2012, when Ms. Gomez needed a dress altered for a school dance, she and her mother went to see Ms. Contreras.

That day, her son, Joseph, was in and out of the kitchen, where the fitting took place. He recalls thinking, “Wow. She looks good in that dress.” But Ms. Gomez, now 27, and Mr. Contreras, now 30, exchanged little more than a hello as both were in relationships at the time.

Ms. Gomez and her mother returned once again to the Contreras family home the following May so his mother could alter yet another dress, this one for prom.

“Joseph happened to come downstairs to grab his dog, and I came out of the bathroom in my dress,” said Ms. Gomez, who was then single. “We met eye to eye and smiled at each other while our moms joked that Joseph should take me to prom since I didn’t have a date.”

“I definitely thought he was cute,” Ms. Gomez said. “But he was in a relationship.” Years later, the two would joke about how they both entertained the idea but were both too awkward to go further.

By the next spring, Mr. Contreras was single and Ms. Gomez, who was then a freshman at the Fashion Institute of Technology in New York, received a follow request from him on Instagram. He was living at home two hours away in Howell, N.J.

Ms. Gomez asked to follow him back. “I remembered him being super cute,” she said. “Though I wasn’t necessarily interested in a relationship.”

They also connected on Twitter. On April 13, 2014, when Ms. Gomez tweeted something about the Red Hot Chili Peppers, “he finally slid into my DMs,” she said. “We started talking and found out we had very similar interests and taste in music.”

Yet it would be another month before he asked her on a date. “He wasn’t sure if he was ready for a relationship,” Ms. Gomez said.

Mr. Contreras said he wasn’t sure what would come of it once he finally did ask her out. “But, I decided to muster up a little courage and, well, here we are.”

They went on their first date on May 16, 2014 to see “The Amazing Spider-Man 2.” Both are fans of Marvel movies and comics. “Going to the movies was perfect as semi-awkward people since it gave us the opportunity to honestly not talk that much,” Ms. Gomez said.

“That started a summer of dates,” she continued. “On our second official date, my mom literally ran out of the house, saying, ‘You better be careful with him. That’s going to risk my friendship with his mom.’”

When Mr. Contreras responded to another tweet by writing “This … is why we’re best friends,” it became “a running joke in our families that he friend-zoned me.”

But it wasn’t long after that Mr. Contreras asked Ms. Gomez to be his girlfriend. When Ms. Gomez told her mother, “She was happy but also like, ‘No, no, no. You better be sure. Don’t break his heart. That’s my friend,’” Ms. Gomez said.

The two dated long distance. He took the bus almost every weekend from Howell to Manhattan and Ms. Gomez would sometimes come home on weekends to visit.

Then tragedy struck. In January 2015, Ms. Gomez’s mother was diagnosed with acute myeloid leukemia. That spring, Ms. Gomez moved back home to be with her mother. But on Jan. 25, 2016, Ms. Brownfield lost her battle with cancer.

For the 2016 fall semester, Ms. Gomez went back to New York City. She made the trip practically every weekend to spend time with Mr. Contreras and his parents. But the time and cost started to add up, so in order to save money, Ms. Gomez moved in with Mr. Contreras and his family in December 2016. She kept taking the bus into the city for her classes.

Ms. Gomez said she knew that Mr. Contreras was “the one” when her mother was diagnosed with cancer. “Anyone who knows me knows my mom was my everything,” Ms. Gomez said. “Her diagnosis was hard for me but not as hard as her eventual loss.”

It was that same experience that solidified Mr. Contreras’s feelings for Ms. Gomez. “I had a feeling that I had finally found this part of myself I knew had been missing,” Mr. Contreras said. “When her mother passed, it was the hardest thing our relationship ever had to endure. But I believe it also built us the strongest foundation.”

Once, when Mr. Contreras was alone with Ms. Gomez’s mother in the hospital, Mr. Contreras said she told him, “‘I need you to make me a promise. Take care of my Charmaine.’ That promise has stayed with me every day since.”

Today Ms. Gomez is a senior marketing manager at Editorialist, a luxury fashion editorial company in New York. She holds a bachelor’s degree in advertising marketing communications from the Fashion Institute of Technology. Born in Cebu, Philippines, she immigrated to the United States when she was seven.

Mr. Contreras was born in Bayonne, N.J. and raised in Howell, N.J. He holds an associate degree in liberal arts from Brookdale Community College and works as a photographer specializing in weddings, engagements and family photography.

They currently live in Howell with his parents and hope to buy a home next year.

Because Christmas is the couple’s favorite holiday, Mr. Contreras proposed on Dec. 25, 2020. Mr. Contreras had Ms. Gomez open one specific gift last, a massive box that was filled with other boxes all holding various gifts for her.

But, the final box was empty. “I looked up, completely oblivious that his brother was standing there with the camera on a tripod, and, when I turned around, there he was on one knee,” Ms. Gomez said. “I was bawling in front of his entire family.”

The couple were wed in a Christmas-themed wedding on Dec. 15 at the Hamilton Manor, an events space in Hamilton Township, N.J. “Our venue was my senior prom venue. We always joke that Joseph was actually supposed to take me to prom,” Ms. Gomez said. A wedding would have to do instead.

The couple held a moment of silence during the ceremony to honor Ms. Brownfield and set up a memorial in a chair for the ceremony and a place for her at the table for dinner.

At the reception, Santa hats were distributed to the guests on the dance floor; the venue was decorated with Christmas trees and winter florals, including red roses, anemones, Clooney ranunculus, pine cones and privet berry.

During the couple’s first dance a cloud of smoke, provided by a dry ice machine, encircled the pair. “I had been begging Joseph to do the dancing in the clouds thing,” Ms. Gomez said. Mr. Contreras had originally nixed the idea. “I kept telling her no, it’s not in the budget,” he said. “So, I surprised her with it for our first dance to ‘Coming Home’ by Leon Bridges.” Ms. Gomez was elated. While dancing, “we were very much in our own little bubble,” she said.

Sweet sneakerhead: Mr. Contreras is a major sneaker collector, so he changed out of the Gucci loafers gifted to him by his bride and into Air Jordan 1 Retro High OG Chicago “Lost and Found” sneakers for the reception. He gifted each of his groomsmen a pair selected just for them.

Playful pastry: “Our cake topper was very funny and very us,” Ms. Gomez said. It depicted her in Minnie ears, because of her love of Disney, pulling Mr. Contreras by the collar away from playing his favorite video game: Destiny 2.

Cultural connection: The couple incorporated the bride’s Filipino culture with three ceremonies. They had a coin ceremony in which Mr. Contreras’s aunt and uncle, Silvia and George Contreras, the couple’s wedding godparents (a Filipino tradition), presented 13 coins to the officiant to give to the couple to represent the couple’s sharing of worldly goods. They had a veil ceremony, which signifies humility and God’s promise to help the couple shoulder the future, for which Mr. Contreras’s mother placed the veil on the shoulders of the bride and groom. They also had a cord ceremony, where the father of the groom, José Contreras, and stepfather of the bride, Craig Brownfield, bound the couple’s love together by placing a silk lasso over the couple’s heads.events,” Ms. Gomez said. 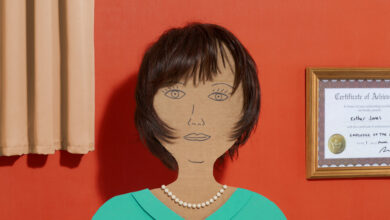 Accommodation Is Not a Shield From Criticism 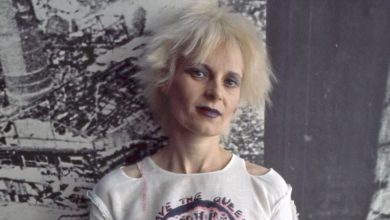 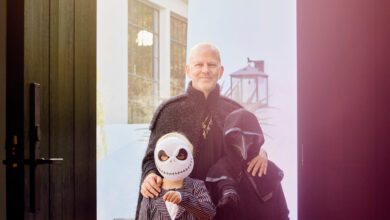 Ryan Murphy Is Having a Very Happy Halloween

In ‘A Friend of the Family,’ Jake Lacy Breaks Character