My boyfriend, Jamie, was trying to return an uncomfortably soft mattress he had ordered online.

He scheduled a pickup, but when the truck arrived, the driver said he could not accept it unboxed. The mattress had been delivered in an industrially compressed state, and its box was long gone (no mortal could have squeezed the unfurled mattress back into that box, anyway).

So Jamie drove to Home Depot and bought six of the biggest moving boxes they had. Back home, he used up an entire roll of packing tape but still couldn’t get the behemoth into any kind of shippable shape. Delirious with frustration, he gave up and tried to get on with his life, but the mattress loomed in his room like a beacon of defeat.

A few weeks later, he rekindled his resolve and called customer service, where a representative said there was a mix-up and he should have been booked with a mattress-specific pickup service, no box needed. A window was scheduled but still no one came.

When Jamie told me all of this, I perked up, animated like a toy soldier in “The Nutcracker.” Our relationship had been in a nebulous place recently, and I saw this as an opportunity to solve something simple — to show him, in a small but concrete way, that things really can work out.

I jotted down his order information and stepped outside to make some calls.

There’s a dynamic that tends to emerge in my relationships wherein I get off on playing the role of administrative assistant. I’m not talking about sexy secretary role-play. I’m talking about running errands, making returns and scheduling appointments — all while fully clothed.

My therapist calls my tendency toward logistical care-taking a manipulative bid for control. I call it efficiency activism.

When Jamie and I met over the summer, we were both in the thick of life transitions. My five-year relationship was ending, and I was preparing to relocate from Los Angeles to New York, where I would move back in with my mother and begin graduate school. Jamie was metabolizing geographic and professional changes himself, as well as reckoning with the recent diagnosis of an autoimmune disease.

Meeting in this state of mind, on equally unstable ground, can be terrifying and magical, equally ripe for disaster and ecstasy. I believe this is the head space in which one is maximally susceptible to joining a cult.

Around this time, my therapist assigned me homework, a book with a mortifying title: “Boundary Boss.” I placed a hold at the library and was relieved to learn there would be a six-week wait, giving me plenty of time to bask in romantic recklessness.

As summer melted into fall, Jamie and I tumbled from dating to friends with benefits to doing the Sunday crossword together and joking about having twins. “Boundary Boss” remained on hold at the library, and having a new love felt like the best antidepressant in the world.

Around Jamie, I felt myself expanding in unforeseen ways. Words I had used to describe myself for years — cynical, cautious, un-fun — no longer seemed applicable to the person I was becoming. Joy, compassion and creativity became much more interesting to me. Instead of killing the bugs on my windowsill, I began trapping them under cups and shepherding them outside. I started wearing more color and writing bad poetry.

This phase felt like discovering a new room in my childhood home — kicking open the door and wiping away the dust, finding built-in bookshelves and bay windows. The room had been there all along; Jamie just happened to have a copy of the key.

Then, in November, two major things happened: Jamie got back together with his ex, and Jamie got bedbugs.

I swiftly fell into a pit of anxious despair. I read the first 37 pages of “Infinite Jest,” looked up apartments for rent in Norway and learned that heartbreak refuses to be discussed in any language other than extreme cliché. Infuriatingly, I was not mad at him. However, I did believe him deserving of punishment.

I later found out that after his spontaneous, halfhearted attempt at reconciliation, Jamie and his ex realized for the umpteenth time that, romantically, they were bad news. They came together only to scatter, pieces of shrapnel that had reunited for no reason other than to explode again.

When the man who breaks your heart gets bedbugs, it feels pretty biblical. As I wallowed, my imagination became more and more sadistic. The only milliseconds of joy I could conjure were from picturing the hell he was going through, waking up with new bites and blood-flecked sheets, feeling a constant crawl on his flesh, riding the carousel of shame and isolation.

He did everything you’re supposed to do to eradicate bedbugs: He spent pounds of quarters on endless loads of laundry, scorched his textiles in the dryer and scrubbed his room into submission. An exterminator came, but the bedbugs persevered. Jamie’s roommate turned on him; only the bedbugs remained loyal.

All furniture had to go. Jamie dragged his infested mattress to the curb, and a second exterminator was called to annihilate what the first could not. By Thanksgiving, four weeks after infestation, Jamie was left with a bare room. He went to bed every night in a sleeping bag on the floor, surrounded by piles of a chalk-like repellent called diatomaceous earth that formed a perimeter around his body, as if he were a sad boy scout attempting a summoning circle.

A month after Jamie broke my heart, I texted him. It’s hard to be a Boundary Boss when you’re in love.

Here’s the thing: I am a very understanding person because I have been all sorts of terrible people. And as someone who has dabbled in the unforgivable — having lied, stolen and ghosted — I don’t want to live in a world where actions are irredeemable.

Jamie replied, and we cannonballed into texting, messaging with the fervor of middle-school best friends catching up after a monthlong grounding. That night, we talked on the phone for hours — about the stupidity with which he had acted, and about how miserable we had been apart.

I told him I wanted to try again. Not because he deserved it, but because our relationship did. It was after we hung up that Jamie ordered the new mattress that would turn out to be too soft.

Things got better. Jamie kept proving to me that he would show up; he spent six hours in the kitchen making me Bolognese; he read my favorite books aloud. He continues to be the most encouraging person I have ever encountered. Our relationship regrew, transforming in a few months from a leafless stick to something with green buds to a proper houseplant full of glossy leaves.

After our reconciliation, I spent a week at Jamie’s (then parasite-free) apartment. When I stepped into his bedroom, I was met with more mattress than I had anticipated. This was when I asked — demanded, really — that he forward me the paper trail of his failed return. I wanted to perform the administrative service of fixing this as an act of love, fueled by a hope that hovers halfway between optimism and naïveté.

Jamie was doing the dishes 45 minutes later when I sauntered into the kitchen and informed him that the mattress would be picked up between 4 and 6 p.m. on Wednesday.

I asked him to have faith.

“For now, just believe in my belief.”

“Sure,” he said with a grin, flicking water droplets at me.

The mattress was picked up on Wednesday between 4 and 6 p.m., as scheduled. It has yet to be refunded, but I have decided to let Jamie handle that. (I still haven’t read “Boundary Boss,” but I think I’m on the right track.)

The words hope and redemption have been tumbling around my head lately, like bedding being disinfected in the dryer. I don’t want to be in the position of counting on someone to change, but I do want to give them room to. There is no way that the person I have become in just the last few years could fit into the box that used to contain me so efficiently. I have grown — because I had the space to.

I wanted to prove to Jamie that we live in a world where mattresses get picked up when they are scheduled to. I wanted to prove to myself that new chapters are possible, that the past doesn’t dictate the future. That we are allowed to be as wonderful as we once were terrible. And that, once freed from their cardboard confines, our lives can expand and keep expanding. 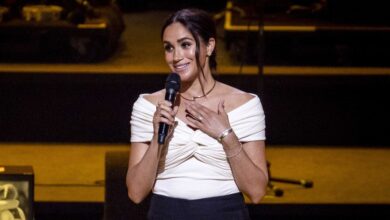 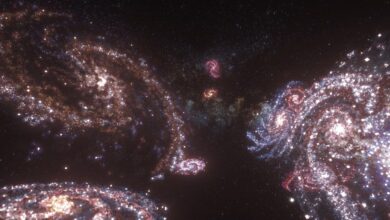 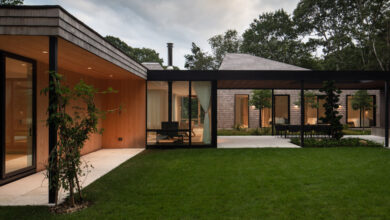 One Frustrated Hamptons Buyer Opts for an Alternative: Build It Yourself