Shafin Fattah’s chance at a relationship with Luvana Chowdhury didn’t seem too promising when she never responded after he swiped right on her profile on Muzmatch, a Muslim dating app, in late 2020.

Though he assumed she was uninterested, Ms. Chowdhury in fact never saw his overture because she by then was no longer active on the app.

“At that point I was just kind of done with men,” she said, after meeting a few who turned out to be incompatible. “But I was open,” she added. “If the right person comes along, he’ll come along.”

Months later, Mr. Fattah, who was born and raised in Dhaka, Bangladesh, got a second chance at a first impression with Ms. Chowdhury, who was born in Sylhet, Bangladesh, and grew up in Queens after moving to New York with her family when she was 4.

A mutual friend who thought they’d get along reached out to both individually about putting them in touch. They agreed, and the day after Mr. Fattah connected with Ms. Chowdhury via text message in September 2021, they had a first date at Taverna Kyclades, a Greek restaurant in Astoria, Queens.

They were so comfortable together that they talked until the restaurant closed. “It didn’t feel like a first date,” he said. “It felt like we had known each other.”

A few days later came a second date, when they agreed to become exclusive.

That November, she met his family, who live in Edison, N.J. “I tend to overthink things prior to an event and get stressed out to a different level,” Ms. Chowdhury said. “But when I walked into their house, I was super comfortable.” Two weeks later, she introduced him to her family at their home in East Elmhurst, Queens. “As soon as I met her family, I knew that this was the girl for me,” Mr. Fattah said.

Before the year had ended, both say they were in love. By January 2022, they had started to plan a wedding.

“For me, love is when you get fond of each other’s company to the point that when you’re away from each other you feel like something is missing,” Mr. Fattah said. “And I think that for me that started happening very early on.”

A graduate of Princeton, Mr. Fattah, 32, is a vice president in the investment banking division at the New York City office of Deutsche Bank Securities. Ms. Chowdhury, a graduate of Smith College, has a master’s degree in applied science in population health management from the Johns Hopkins Bloomberg School of Public Health. She works as a global clinical trial manager at Novartis Pharmaceuticals, at its office in East Hanover, N.J.

Before 56 family members and friends, they became engaged in March, at a traditional Bangladeshi engagement ceremony at Joya Hall, a banquet hall in Rego Park, Queens. As is custom, Mr. Fattah’s family arrived with sweets, flowers and gifts, and he presented Ms. Chowdhury with an engagement ring.

Ahead of their nuptials, Ms. Chowdhury and Mr. Fattah each hosted a mehndi party, or henna ceremony, in their parents’ backyards. Together, they also had a holud ceremony, or turmeric ceremony, at the Royal Grand Manor, in Edison, N.J., where the couple and 120 guests enjoyed dinner and dancing to early 2000s Bengali music.

On Aug. 14, they were married before 250 guests in an Islamic nikkah ceremony at the North Garden of the Crest Hollow Country Club in Woodbury, N.Y. Imam Khalid Latif, the executive director and chaplain at the Islamic Center at N.Y.U., officiated. Afterward came a cocktail hour and reception. Later that evening, the newlyweds moved in together into a new apartment in Midtown Manhattan.

The next weekend, on Aug. 21, the groom’s family hosted an Islamic walima reception for the couple and 130 guests at the Venetian, an events venue in Garfield, N.J.

Finding a partner who loves unconditionally, the groom said, is not something to take for granted. “The joy of knowing you have someone around you who loves you intensely I think is one of the best feelings you can wake up to everyday and come back home to everyday.” 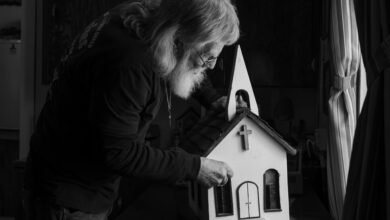 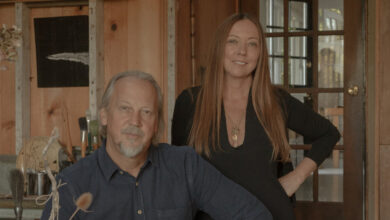 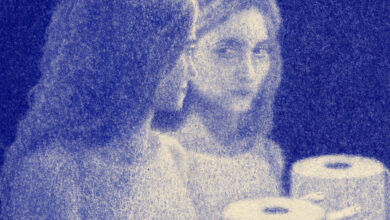 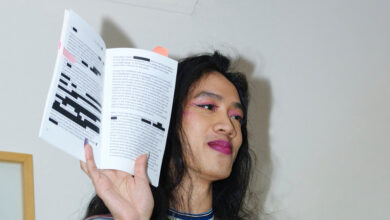 A Literary Scene Where Parties Are Part of the Agenda