A month after Rachel Christine Koppelman purchased a mountain bike from Gregory Alan Saxton, in October 2016, it was stolen from the bicycle shop where Mr. Saxton was working as the head mechanic.

“When I came into the shop one day while working on the bike, it was gone,” said Mr. Saxton, who was doing front suspension work on the green Transition Scout bicycle when it was nabbed from Ute City Cycles in Aspen, Colo.

He promptly ordered her a replacement — a new version of the same model, in red. While waiting for it to arrive, the two became better acquainted.

“I would pop in over that six-month period to check on the status of my new bike and enjoyed talking to Greg,” said Ms. Koppelman, 31, who graduated from the Culinary Institute of America in Hyde Park, N.Y., in 2013, then briefly interned at the restaurant Eleven Madison Park in Manhattan before moving to Aspen a few months later.

Mr. Saxton, 35, who grew up in Holland, Mich., had moved to Aspen in 2010 after attending Grand Rapids Community College, in Grand Rapids, Mich. He liked that Ms. Koppelman was familiar with fishing from growing up around lakes and streams in Colombia, Mo., and that she had an interest in mountain biking.

“I thought Rachel was a cool outdoor girl,” Mr. Saxton said. “Plus, she baked chocolate chip cookies and brought them to the shop while I was working.”

Of Mr. Saxton, Ms. Koppelman said, “I thought he was a cool ski bum.”

In May 2017, after her new bike arrived, they began riding together and often went on dates for dinner or drinks afterward. That summer, they spent time fly fishing and hiking. Mountain biking remained their favorite pastime, though, with the couple taking 40 rides by the fall of 2017.

Though they enjoyed many of the same things, both said their different personalities presented some challenges in the early days of their relationship.

“Greg is chill, but I have trouble relaxing,” Ms. Koppelman said.

Mr. Saxton put it this way: “She cleans the house when I see nothing dirty.”

He tried to encourage Ms. Koppelman to enjoy her down time, and when he introduced her to his lifelong passion of watching Green Bay Packers football games on Sunday, she found a way to relax. Though she had enjoyed watching college games growing up, Ms. Koppelman said she had no interest in the National Football League until she saw how much Mr. Saxton loved professional football.

In 2019, after the couple moved into a one-bedroom apartment in Aspen, it became their ritual to watch Sunday Packers games with their rescue dog Lambeau, named for the team’s playing field in Green Bay, Wis.

To make food on game days, Ms. Koppelman began using a crockpot, an appliance she had never considered using as a professional chef. “I learned how to make home food, including a tuna melt for Greg,” she said.

Mr. Saxton, now a freelance bike mechanic and the conference services supervisor at the Aspen Meadows Resort, and Ms. Koppelman, the chef de cuisine at the resort’s restaurant, Plato’s, “try to go to at least one Packers game a year,” she said.

In November, they attended the Packers vs. Seattle Seahawks game at Lambeau Field, which featured a “Salute to Service” celebration for military service members. After the national anthem, Mr. Saxton dropped to one knee and proposed to Ms. Koppelman. He was dressed in a Packers jersey with the No. 12, the number of quarterback Aaron Rodgers, and she was wearing a No. 18 jersey featuring the number of wide receiver Randall Cobb.

On Sept. 16, the couple were married at Anderson Park, on the grounds of the Aspen Meadows Resort, with Aspen Mountain as their backdrop. Their friend Vaughn Greathouse led them in a self-solemnizing ceremony before 73 guests. With her white Justin Alexander wedding gown, Ms. Koppelman wore colorful Packers socks and white high-top Vans.

The reception that followed featured an open bar serving specialty cocktails designed by the newlyweds. The groom’s, a No. 12, included tequila, jalapeño, pineapple and lime, while the bride’s, a No. 18, had rye whiskey, citrus syrup and club soda.

“I trust and love Greg, and he is my best friend,” said the bride, who is taking the groom’s name. “I am stoked to follow our next chapter because I can’t imagine not having him in my life.” 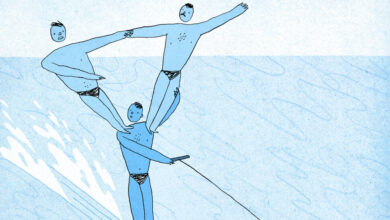 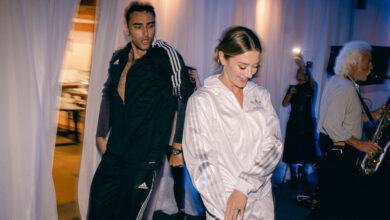 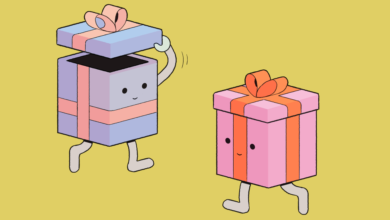 How to Navigate Gifting Season While Keeping Your Cool