As Josh’s bride approached him at the altar, a strange voice rose from my psyche, catching me by surprise. “There goes your husband,” it said. And for a second I felt certain that Josh, now minutes from saying, “I do,” was supposed to be marrying me.

This moment of prescience, while jarring, was surprisingly easy for me to shake off. I had grown accustomed to questioning when it came to Josh, having spent at least half of my 20s refusing to commit to “us” while also struggling to move on. Aside from the fact that he lived across the country, we had always seemed too temperamentally different to make a relationship work.

“What is meant for you can’t pass you,” my best friend once told me. And here was Josh, vowing his life to someone else, so I had to assume my initial instinct — that we were fundamentally incompatible — was right.

Eleven years before that moment at the wedding, I’d first met Josh in the hallway of his London flat at the start of our junior year study abroad program. “It’s also a toothbrush,” he said before introducing himself. I had remarked on the anomaly of the dual washer/dryer, prompting his joke about the many functions of the British light switch. He tossed off this witticism as though he didn’t care if I caught it, appearing to be the rare combination of funny and secure. I decided we would be friends.

But soon, Josh’s eager eye contact and playful mimicry of my speech patterns made it clear his feelings were blossoming into more. And mine were too, though I was loathe to admit it. I felt pangs of jealousy when he hooked up with my flat mate and couldn’t hide my blush when his hand lingered near mine.

But Josh was a Santa Barbara-bred softy, obsessed with puppies and baseball and exhibiting a sunny view of the world, which was threatening to me as someone with a considerably darker outlook.

Besides, in three months our semester would end, and I would return to my “open terms while away” but fairly serious boyfriend in New York, a boyfriend who shared my cynicism. I didn’t want to complicate my life for a guy who had a framed map of Disneyland on his wall.

But my pragmatism was drowned by pints of cider, and by October Josh and I were making out in whatever unoccupied rooms we could find until I had to come up with rules to keep us from getting too intimate.

Rule 2: Nothing below the belt

Rule 3: No telling anyone else

After a lot of covert hand holding and teenage style make-outs, the semester ended and we went our separate ways; I was finishing the school year in London, while he went back to California. I didn’t think we’d ever see each other again.

“Maybe we could meet in our dreams?” Josh wrote to me in a Facebook message a month later.

Soon we were messaging daily. In a cruel twist of fate, I had been assigned to his former dorm room and was left staring nightly at his bed, frustrated to be yearning for someone so unabashedly sincere.

I remembered a former co-worker gleefully describing to me an emotional affair she was having at work. She seemed excited by it but also knew if she caved to her desire, the flame would burn out. The illicitness was the appeal.

I decided this was also the case with me and Josh. The parameters I had set were keeping me from confronting our incompatibilities and preventing me from getting closure. I needed to go see him without those emotional and physical restrictions. I needed to get close enough to get disillusioned so I could move on.

Within a month of my return to New York, I visited Josh in California. My trip again failed to squash my impractical attraction, and we settled into a maddening routine of fruitless biannual flights across the country to see each other.

“It doesn’t feel right to move to L.A. to be with you,” I said after a particularly weighty visit, still believing we had no path forward. My perpetual questioning would never be a match for Josh’s gung-ho optimism. But it wouldn’t be until a couple years later, when I was 25, that Josh would post a picture of his new girlfriend on Facebook, and I would officially know that “we” were over.

“He’s going to marry her,” I thought as I studied his pixilated eyes, trying to make peace with his ability to dote as eagerly on someone else.

I also started seeing someone new, and Josh’s and my dynamic downshifted to occasional phone catchups and double dates when we were in town with our partners. As the years passed, I felt less and less like the wild girl who had thrown up U.T.I. meds on the floor of his Toyota Camry and could barely summon his puppy eyes as he said, “I’ll think of you every time I see the stain.”

“I’m glad he and I were wise enough to refrain from trying,” I remember saying to my then boyfriend after a night of charades with Josh and his girlfriend. By then I was 29.

“We could meet in our dreams,” Josh had suggested back during our college days, but it wouldn’t be until 11 years later, weeks before his vows, that he would inconveniently meet me in mine.

“I have to go back upstairs now,” his dream self said as he lay next to me in an unfamiliar basement. He exuded his same self-assurance but possessed a bit more awareness. My dream self was more vulnerable than I had ever allowed myself to be in his presence. By some form of mystical telepathy, I knew what he was trying to communicate. He was telling me he needed to go back upstairs to his wife.

“No,” I begged, unable to believe he wouldn’t stay with me now that our love was evident. But my pleas were useless. She was waiting for him.

“I know,” he said, acknowledging our intimacy. “But I have to go right now.”

And then I woke up.

A year after Josh’s wedding, my boyfriend and I broke up. Three months after that, Josh and his wife separated. These instances were unrelated, but my best friend immediately noticed the timing.

“No,” I said. I had recently turned 32 and felt too old to relapse into incessant vacillating.

But weeks later, when Josh mentioned he would be attending a wedding overseas, I found myself inviting him to stay with me in New York on his way back to California.

“I have a blowup mattress,” I said, believing this was a viable option but knowing where it would probably lead.

When Josh arrived, he barely glanced at the air mattress before climbing in with me. The next morning, we lay in each other’s arms and praised our abilities to be a healthy rebound for each other.

“I can’t wait until you meet someone great,” he said after the fourth time we had sex in 48 hours.

A few months later, as I boarded my second westbound plane in four weeks, I texted my sister: “I’m going to L.A. just one more time for sex.” I needed to put it in writing so it would stick. I wanted to make sure Josh wouldn’t keep me from finding my future husband.

“After this trip, we’ll take space,” Josh texted. He wanted to make sure I wouldn’t keep him from processing his divorce.

But when I returned to New York, instead of responding to my online dating messages, I watched a Gatorade commercial Josh had starred in on loop, letting myself remember the comfort of his balanced disposition.

Afraid to trust my own certainty, I pulled up Facebook and clicked back into Josh and my dialogue from a half-decade earlier, hoping to reach the definitive conclusion I had spent so many years avoiding.

“I like how sincere you are, and how open you are, and that I have loved you for 12 years in 10 different forms,” I messaged.

“I’m afraid of losing you even though I’ve never had you, but I worry if we don’t take a minute, we’ll screw it up,” he replied.

A year and a half later, I moved to California. Three years after that, we married. In July we had our first child, a son.

“We always would have found our way to each other,” Josh often says to me.

That’s his sunny outlook speaking. I have doubts. What I do believe: No matter how much I tried to talk myself out of “us” for more than a decade, another mysterious force was at work. And that force won.

Why Don’t Guests Respect Our ‘Adults Only’ Invitations? 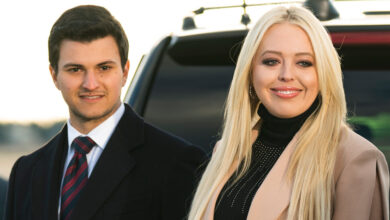 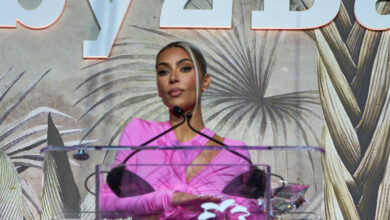