A parent told about the rude note that their in-laws got from a neighbour in Sydney after they spent the day watching their grandchildren.

In the letter, the angry neighbour said that the kids in their high-density apartment block were “screaming” and “disturbing the peace.”

Could you please think about how sound moves and how loud your grandchildren are?

In our apartments, we all have the right to “peaceful enjoyment.” “Today, your guests have been screaming and dragging around loud toys, making noise and upsetting the peace,” the letter said.

“You live in a place with a lot of people close by. Kids live in our building, and when they want to make noise, they go to the park. You can too.

“All I wanted was a quiet day in my apartment, but I can't have that because you don't watch the kids. Not caring about other people.

“If this keeps up, I might call the strata and the police because we know what our rights are.

It's not necessary to scream. Thank you. Sunday is our day of rest.”

When the story was posted on Reddit, most of the comments seemed to side with the angry neighbours.

“Children in apartments with wooden floors is by far the worst thing you can have as a neighbour,” wrote one kind person.

“I know it's hard to be a parent, but they're just kids, and kids make noise. I can't stand it when people let their kids run wild in apartments!”

“I've been there, where I had to listen to the kid in the apartment below me run back and forth and scream for hours,” said someone else. “To be honest, it doesn't matter that it was “just one night.” It was still too much.”

Most of them agreed that noise pollution should be kept to a minimum in apartment buildings, but they were surprised that the note was sent after just one incident.

“As someone who lives in an apartment, I totally get what they mean. One comment said, “We also have young children, but we do everything we can to teach them not to bang and jump around, because the noise echoes through the building.”

“Still, I'd expect this kind of letter if the noise problem happened more than once, not just once.”

“Kids screaming is annoying, but this seems over the top if it was a one-time thing and the kids don't live there,” said someone else.

In the opposite situation, a woman was recently praised for leaving a brutally honest note about her son's behaviour to warn her neighbours. The anonymous mom put the letter under her neighbor's windshield wiper and wrote that her autistic son sometimes acts in a way that is annoying or hurtful.

“Please be aware that our son is rash and destructive,” the letter said.

“Since he moved in, he has written on my car with texta, thrown a few rocks across the front of the complex, and hit a car that was parked where this one is. It might have broken a window.”

Fans are stunned by an influencer’s “bold” baby name. 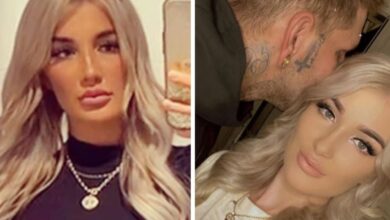 A woman who has a spouse in jail claims that having him behind bars has only made their relationship stronger.