Dallas Cowboys quarterback Dak Prescott will be out for several weeks, as team owner Jerry Jones said he needs surgery on his right thumb.

Prescott came out of the game against the Tampa Bay Buccaneers in the fourth quarter after making contact with linebacker Shaquil Barrett's hand. Backup Cooper Rush would stay in the remainder of the game.

Jones said a fracture was suffered near the thumb of his throwing hand. To be more specific, it's above the thumb and behind the joint.

Dak Prescott #4 of the Dallas Cowboys has his hand examined by team surgeon Dr. Dan Cooper during the second half of the game against the Tampa Bay Buccaneers  at AT&amp;T Stadium on September 11, 2022, in Arlington, Texas.
(Tom Pennington/Getty Images)

There is no timetable for Prescott's return as of now.

Prior to the injury, Prescott was struggling to get anything going on offense for the Cowboys, who totaled just three points in the 19-3 loss to Tom Brady and the Bucs. There was some speculation that Prescott's ankle was bothering him after he had to step out of practice on Thursday, which he said was a precaution.

Anthony Nelson #98 of the Tampa Bay Buccaneers sacks Dak Prescott #4 of the Dallas Cowboys during the second half on September 11, 2022, in Arlington, Texas.
(Tom Pennington/Getty Images)

No matter the case, Prescott's passes weren't executed with the normal crisp delivery. Because of that, Dallas stalled when they had the ball and didn't pose any threat to Brady, who marched down the field despite not finding the end zone on most drives.

Prescott finished the game with just 134 yards on 14-for-29 through the air with no touchdowns.

This is a tough blow for the Cowboys. In Week 5 of the 2020 season, Prescott broke his ankle against the New York Giants, rendering him inactive for the remainder of the season. The Cowboys would finish the rest of that year 4-7.

Prescott bounced back last season, though, throwing for 37 touchdowns and 4,449 yards on the way to an 11-5 record to secure a playoff spot. But another injury will sideline him again, and the Cowboys will hope that Rush can hold his own while Prescott is out.

Dallas Cowboys quarterback Dak Prescott (4) rolls out of the pocket in the first half of a NFL football game against the Tampa Bay Buccaneers in Arlington, Texas, Sunday, Sept. 11, 2022.
(AP Photo/Ron Jenkins)

Rush has just one career start under his belt, and it came last season in Week 8 against the Minnesota Vikings. The Cowboys went on to win that game, 20-16, where Rush threw for 325 yards on 24-for-40 with two touchdowns and one interception. 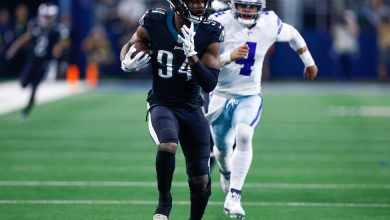 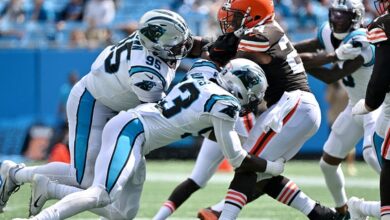 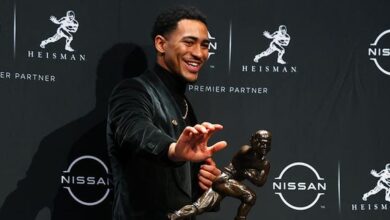 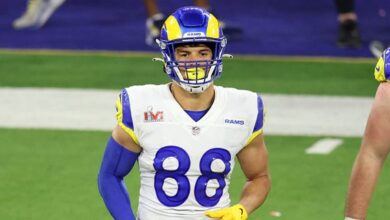