It has been 11 years since West Virginia and Pittsburgh football squared off, the consequence of a changing college football landscape and conference realignment.

The two schools will finally renew their rivalry Thursday night at Acrisure Stadium in Pittsburgh with the 105th edition of “The Backyard Brawl.” The rivalry dates back to 1895 with Pitt holding the edge in the series 61-40-3.

Pittsburgh quarterback Kedon Slovis, #9, scrambles during their annual NCAA football intrasquad Blue-Gold scrimmage game, Saturday, April 9, 2022, in Pittsburgh. Veteran quarterbacks are plentiful in the Atlantic Coast Conference this season. In all, 12 of the 14 league teams have at least one quarterback with nine or more career starts.
(AP Photo/Philip G. Pavely, File)

Through the years, “The Backyard Brawl” has been one of the more heated rivalries in all of college sports, with the two schools separated by just 75 miles.

“There’s a lot of hatred on their end but going to be a lot of hate on our end,” Pitt head coach Pat Narduzzi said. “That’s what it comes down to in rivalry games.”

The Panthers enter Thursday night’s matchup as the No. 17 team in the country, following an 11-3 record in 2021 with Heisman finalist Kenny Pickett leading the way. Pitt will be debuting a new quarterback in week one in USC transfer Kedon Slovis.

“I think the main thing was you saw the talent last year, and everyone had a great year,” Slovis said when asked why he chose Pitt, according to SB Nation. “From afar, I kind of assumed that it was an older team and that everyone would be leaving. But when I got the call, I kind of realized everyone was staying except for Kenny [Pickett]. Looking at the opportunity, it was kind of a no-brainer, and [Pitt] jumped to the top of my list immediately.”

West Virginia will have a new quarterback of their own under center in JT Daniels, who transferred from Georgia in April. In an interesting twist, Daniels and Slovis were teammates at USC.

“He’s played in big games, so I don’t think the atmosphere is going to rattle him,” West Virginia head coach Neal Brown said, according to Metro News. “He’s played in these types of games before. He’s really accurate with the football. He’s thrown the ball down field at a high completion percentage during camp. He does a really good job on run and pass decisions.”

The Mountaineers are coming off of a disappointing 6-7 season in Brown’s third year as head coach in Morgantown, but a win over hated Pittsburgh would go a long way with the West Virginia fanbase.

A member of the West Virginia Mountaineers holds up his helmet before the take the field against the University of Pittsburgh Panthers during the 2011 Backyard Brawl on November 25, 2011, at Mountaineer Field in Morgantown, West Virginia.
(Photo by Jared Wickerham/Getty Images)

“In a first game, especially a first game when you have a rivalry game that's coming back for the first time in however long it's been, over 10 years, there's going to be a lot of emotions,” said first-year West Virginia offensive coordinator Graham Harrell. “The key is going to be to not beat yourself in those situations regardless of who you're playing. Don't let the emotions get the most of you.”

It is college football at its finest as old rivalries will be renewed Thursday night at 7:00 p.m. Eastern. 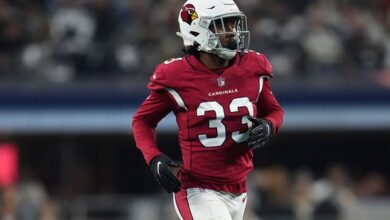 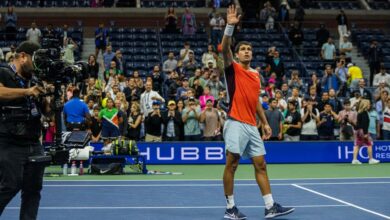 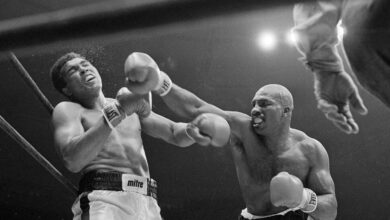 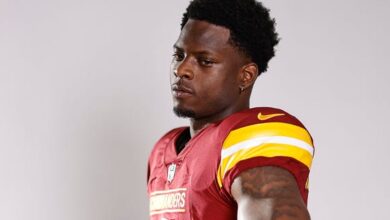